Was the paint they used oil based? Asking for the environment…

“but Aileen Getty is not connected to the oil industry, other than being wealthy because of it.“

I’d need to see her portfolio to believe that. She may not have to work, sure.

Aileen Getty, granddaughter of the founder of Getty Oil, has given the organization $1 million so far. This has led some to speculate that Just Stop Oil’s recent actions are a false flag to make environmentalists look bad, but Aileen Getty is not connected to the oil industry, other than being wealthy because of it.

Interesting that she’d bankroll the protesters attacking the Van Gogh given that she and her family have spent the last couple generations trying to build a reputation as patrons of the arts (particularly in Los Angeles).

Why always orange? Is orange somehow the theme color of opposition to fossil fuel, or of environmentalism, or of anarchism?

Is it something to do with Gritty?

Great, these geniuses again. Does Harrods sell petrol now? Or will they be spray painting every business in the UK whose owners also have shares in the fossil fuel industry.

Is it something to do with Gritty?

Gritty would bring more attention to the climate emergency all on his own and do it more effectively than these clowns do, without breaking a sweat.

I don’t think someone with her history is the kind of mastermind who could put together a false flag operation. She could be a useful dupe and source of funds for someone who was able to run that kind of scam and knew how to flatter her. After that, it’s just a matter of identifying more self-satisfied but less wealthy dilettantes who’ll do the actual actions.

It’s highly visible and more likely to be noticed.

Safety orange (also known as blaze orange, vivid orange, OSHA orange, hunter orange, or Caltrans orange) is a hue. Safety orange is used to set objects apart from their surroundings, particularly in complementary contrast to the azure color of the sky. (Azure is the complementary color of orange, and thus there is a stark contrast between the two colors.) The high-visibility color is commonly used for hunting during the rifle season, and is also used for upland-bird hunting. Places such as constr...

Well, I watched the video and they did this because the owners of Harrods have shares in the oil industry?

This group never fails to elicit a “what the hell?” response from me. Even if some people do stop shopping there, how is that supposed to put any sort of dent in the oil industry? The best I can think of is that they think companies will stop buying shares in oil from bad PR, but it’s not like that’s where oil’s money comes from.

It’s just stupid turtles all the way down. If this is a false flag, I feel sorry for the people who genuinely care and got duped into joining this nonsense.

They picked a quiet news day in the UK to ensure maximum coverage.

I support the ultimate goal. That said - “sacrifice ignites passion.” What is the sacrifice? Is a wealthy person paying a fine (or anyone for that matter) really a significant sacrifice.

It is owned by the qatari sovereign wealth fund. A disvestment from petroleum, in a way

A disvestment from petroleum, in a way

In a very roundabout way. Do they they think the Qataris will sell the store rather than foot the power-washing bill?

I’d prefer that the Qataris earn their money from Harrods rather than from oil. It’s not an either or choice, though.

We’d all prefer that. Realistically, though, they’re not giving up on oil as their primary business. The kind of people who can afford to shop at Harrods – like those who buy Aston Martins – are just fine with that.

Harrods is the perfect target. It’s where the people who caused the climate crisis shop. 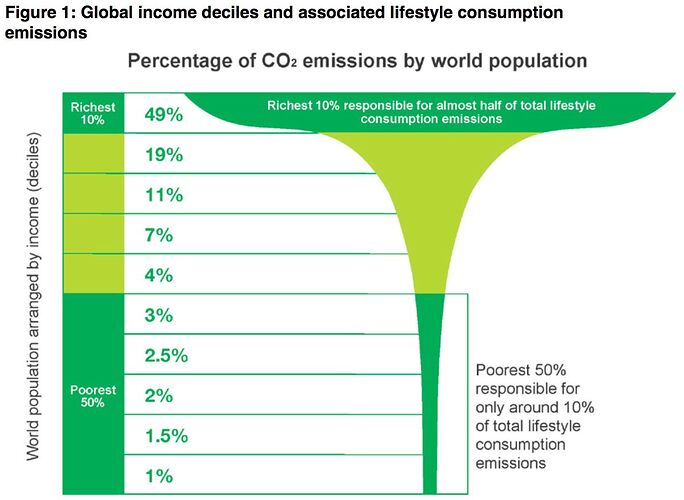 It’s a good question. Don’t expect a direct answer from these edgy and virtue-signalling performance artist protestors, though. They can’t be bothered to hold up signs with their org’s name or articulate the purpose of their protest in clear and concise terms for their own cameras or those of the corporate media outlets (who, as always, are looking for an opportunity not to talk about the actual issue being protested).

can’t be bothered to hold up signs

They laid the signs on the ground in the video in the OP. I guess they’re Doing It Wrong™ again.

So, since it’s so easy to find all the answers, why are they using orange then? 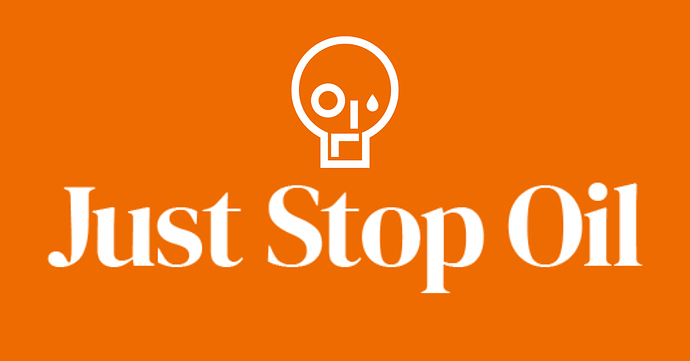 Just Stop Oil is a coalition of groups working together to ensure the Government commits to halting new fossil fuel licensing and production. “What we do in the next 3 to 4 years will determine the future of humanity” - Sir David King, former UK...

Sheesh. The planet is burning, and you’re fretting about the colour of the paint???

Of the worst greenhouse polluters, it’s interesting to note that Harrod’s and Qatar don’t even rank on the top 100 list put out by U Mass.
Go protest folks affiliated with BASF, Formosa Plastics, International Paper, Cargill, etc. OMG, Mitsubishi…