“…I never ate a store bought cookie in my life. Tough stains are easier to get rid of than in-laws. What’s normal about a grenade in your bedroom?...”

Also reminiscent of Larry King’s Tweets, at least as interpreted by Harry Shearer. (I can certainly imagine King’s voice reading that text.)

Reruns of that show were common after-school zone-out fare for me.

Maybe a good video piece would be to lay such audio over a long loop of this compilation of Jim Rockford’s signature J turns. 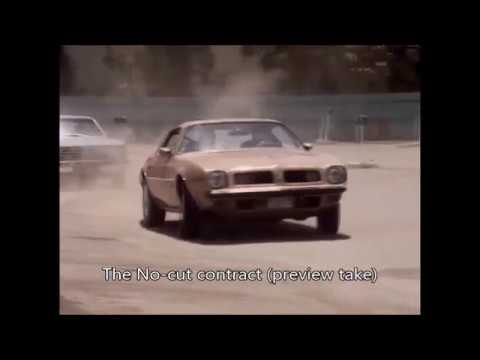 Its LA street scenes and 70’s vibe remind me of living there back then.

The intro alone captures it. 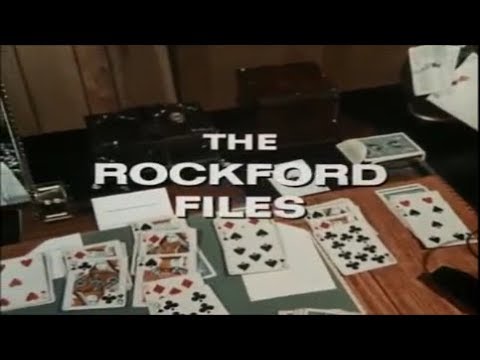 I always like the little answering machine bits in the beginning.

That theme music was fantastic. I still remember getting a thrill out of it when I was little.

That theme music was fantastic

I have the 45 for that by Mike Post, I guess it was popular enough they sold it in stores.

Highly under-rated show. Jim Rockford relied on what we would now call “social hacking.” The fake business card printer he kept in his trunk was a favorite tactic.

there was an old episode on last night: his Firebird was the previous model (still gold, though) and the actor playing Rocky was not Noah Beery and had a different personality altogether.

I like the intro credit sequence, not only is the music great but I like the still photo sequence, which was more common then (even in movies like Superfly and To Sir With Love) but you don’t really see it anymore. Jim in the car, Jim on the phone, Jim with binoculars, etc.
but the picture of him in the supermarket was always a red herring to me. why was shopping featured? after several years I realized: at that time, it told a nuanced story about how unusual Jim’s life was. men didn’t do the shopping then, the leading man’s wife did the shopping. because leading men back then were all married. nowadays men go to the supermarket all the time and being unmarried past one’s twenties is common. but they needed that picture in there to say “this is a different type of leading man, he’s a bachelor.” also, he’s in the frozen food section, because bachelors eat TV dinners, naturally.

ha! I didn’t think of it that way! but I’ll definitely take it, thanks!

I spent some time obsessed with the signage and typography in The Prisoner.
It’s really something. 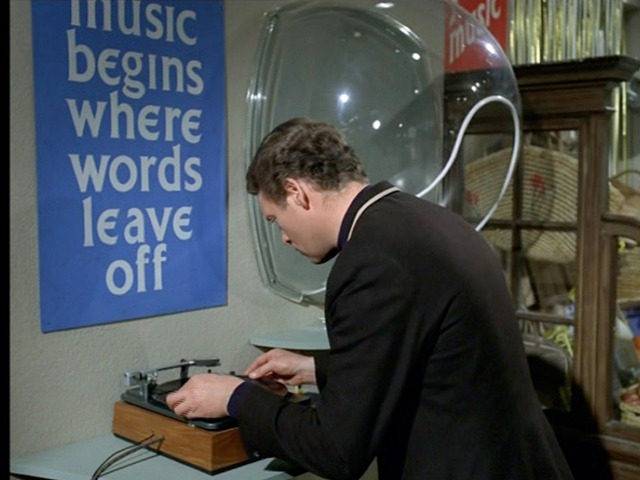 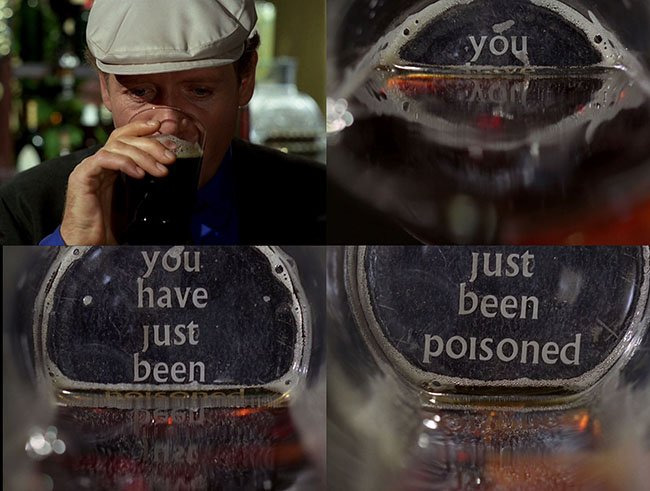