I think we all know that what he ofttimes says has no basis in reality… past, present, and future.

… trump yesterday: “i’m an environmentalist. a lot of people don’t understand that. i think i know more about the environment than most people.”

As long as that environment has 18 plug holes in it and the greens are nice and flat and maintained by his immigrant laborers, he understands it. Somebody should suggest his building a golf course in the Tongass. He and Sonny can play dodge bear with their 5 irons.

If the human race doesn’t wipe itself out (along with most other species) within the next 60 years or so, I’ll at least be able to see it on the horizon from my deathbed. It’s over. Just… over. We need to be doing the exact opposite of everything we’re doing now, three times harder, and we need to have been doing it decades ago. Instead, people like Trump, all over the world, have been resisting kicking and screaming, for the sake of their profits, their superstitions, their egos, heck, even just out of spite or because they can. They’re murderers on a global scale, they’ve sealed humanity’s doom and there wasn’t even a good reason.
I used to say America died in the early 2000s, and what we’re seeing now is just the rot setting in. Maybe I should amend that from “America” to “Earth”.

There are a lot of wonderful things in the world to be positive about.

The current climate conditions and the rich, horrible people who are actively destroying as much as they can while being bullies and trolls are not some of them.

What adds to the depression and pessisimism is that apparently it’s making us die earlier, while ‘optimists’ who think it will all be fine if we burn the Amazon and log Alaska will apparently live longer lives. I think they are aware of this and enjoy the side-effect of their fuckwittery making us more pessimistic so we can die off earlier and leave them to it.

The Russian assets are already on fire.

The Arctic is on fire - how bad is it?

Wildfires are raging in Siberia, Alaska, Greenland and Canada, many of them in the Arctic Circle. Why?

Trump, in his megalomania and tiny sense of self-worth, wants to be the world killer. He wants to be the biggest at everything, and if that means being the destroyer of the largest temperate rainforest, so be it. He is the embodiment of the colonial-settler ideology, the “metaphysics of Indian-hating and empire-building”. But, he is also the farcical, burlesque version; the vaudeville actor who doesn’t realize he’s playing a part and that the audience is laughing at him. We can keep on laughing, too, 'cause it feels good, but the comedy will end and the tragedy has only begun. 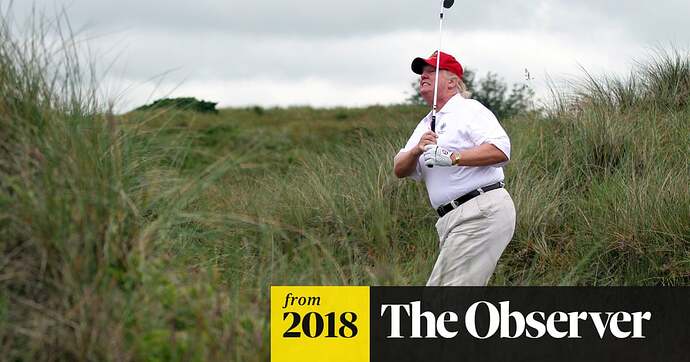 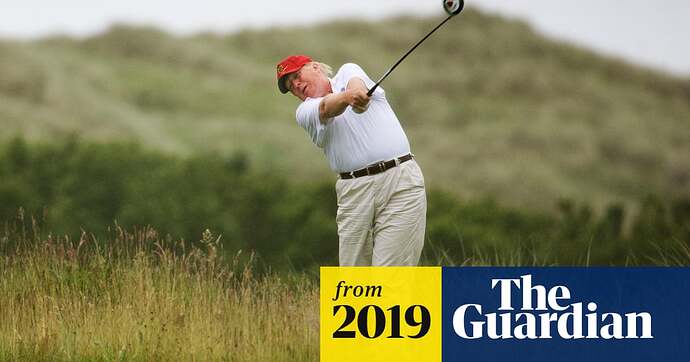 Forests do not grow back. Trees grow back, but if too much of a forest is removed it will never grow back

Not quite true. They will grow back just fine once the invasive species that has caused the problem have died out by killing themselves.

Forests do not grow back. Trees grow back, but if too much of a forest is removed it will never grow back

Your name might be Scientist but you’re not very up on science. That’s not really true, at all.

Here’s the only thing I can think of about 45: he got really upset that a black man made fun of him so easily in public. That means that anything the Democratic party has done has to be undone because 'stiggin it. Especially if it was done by Obama or a Clinton (as is the case here).

As someone else pointed out, he’s not really the problem. The problem is the Senate and the 1/3 of the population who are uneducated, deplorable, knuckle-dragging mouth-breathers clinging to their guns and bibles. Hillary and Obama were right, and should not have apologized.

Well, if you had the know-how to increase your fleet’s fuel economy, but you knew some of your competitors didn’t, and on top of that there was public pressure to reduce auto usage… In the end Big Auto doesn’t care about Big Oi, Big Auto cares about Big Auto.

There’s also an (ultimately self-published) academic paper about the greatly reduced prospects for humanity from a sustainabilty viewpoint that’s been making the rounds and leaving its readers depressed. I read it, but you should probably avoid it.

Some of the fantasy worlds locked in medieval stasis in the fiction I read are starting to look a lot more tempting, even with the occasional mad god trying to destroy the world…

As long as that environment has 18 plug holes in it and the greens are nice and flat and maintained by his immigrant laborers, he understands it. Somebody should suggest his building a golf course in the Tongass. He and Sonny can play dodge bear with their 5 irons.

Unfortunately, Jr. seems like the kind of guy to carry a .357 Magnum in his golf bag…

Your name might be Scientist but you’re not very up on science. That’s not really true, at all.

If what @Scientist is referring to is clearcutting, then they have a serious point. You get trees growing back, but you don’t get a forest. The erosion caused by clearcutting exposes bedrock and you get sparse trees that tend to fall in windstorms once they grow to size. Also, if you take “never” and “very long geologic timeframe” as synonyms.

Clearcutting, clearfelling or clearcut logging is a forestry/logging practice in which most or all trees in an area are uniformly cut down. Along with shelterwood and seed tree harvests, it is used by foresters to create certain types of forest ecosystems and to promote select species that require an abundance of sunlight or grow in large, even-age stands. Logging companies and forest-worker unions in some countries support the practice for scientific, safety and economic reasons, while de Clear...

Not quite true. They will grow back just fine once the invasive species that has caused the problem have died out by killing themselves.

But it is quite true. If we are talking geologic time, life always finds a way. The Sahara won’t always be a dessert. That land likely will have forest again at some point, but the forest that was once there will never grow back.

The difference isn’t just semantic. Most life on Earth always has and always will be single cellular; most life in a forest is in the soil. When enough of a biome is removed you get collapse and extintions. The bacteria in the soil, the worms that eat the bacteria, the insects eating the worms, etc.

If only partial loss new forest can grow in a few decades or centuries, but if enough is lost the forest currently there will never grow back. There will be a permanent loss of much of the current biome.

US car manufacturers can’t export to first world countries if their product doesn’t meet the respective emissions standards, regardless of US law.
Building coal rollers doesn’t help a trade balance.

Please note the publication date of this prescient little observation. It’s not like we weren’t warned in time: 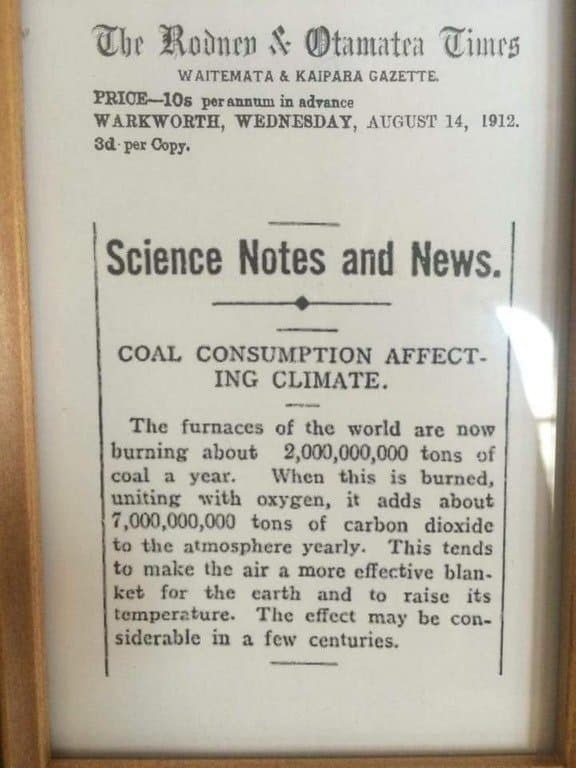