I’ve been reading/lurking here a bit and I have a question for the women, would you be willing to give up physical sexual desire/attraction to at least greatly reduce female sexual objectification?

I did notice that when discussing the above physique everyone mentioned his personality or what type of person he might be:

I said he looked ‘dateable,’ just based on physique alone.

I have a question for the women, would you be willing to give up physical sexual desire/attraction to at least greatly reduce female sexual objectification?

That question misses the entire point of this post, methinks.

The existence of physical attraction and sexual desire in the female half of humanity has very little to do with our own wants and needs when it comes to being objectified by males; the society we live in is structured in such a way that such considerations are generally not taken into account.

Your hypothetical query is flawed from its start because it presumes that those of the dominant group actually acknowledge any agency at all on the part of the objectified, when that is rarely ever the case.

The onus isn’t on us, and it’s not some kind of ‘zero sum’ game; regardless to what women do, or what women want… someone, somewhere is still going to see us as existing merely for their own facilitation/gratification.

I’ve been reading/lurking here a bit and I have a question for the women, would you be willing to give up physical sexual desire/attraction to at least greatly reduce female sexual objectification?

But what does one have to do with the other? Maybe we should be asking if you’d be willing to give up your libido to reduce women’s objectification.

Maybe we should be asking if you’d be willing to give up your libido to reduce women’s objectification.

Excellent question; one which actually makes sense in the context of the discussion.

would you be willing to give up physical sexual desire/attraction to at least greatly reduce female sexual objectification?

Okay wait. You want women to consider suppressing their desires and feelings of attraction to reduce their objectification? How would that even work?

Or, did you mean women should deliberately ugly up/hide themselves to avoid objectification? If this is the case… covering up/uglifying has been tried and is still being tried in many, many cultures – from Orthodox Jewish women going bald after they get married to make themselves less attractive, to right-wing Christians and their modesty/makeup codes, to the burka – and it’s been shown time and again not to work. Objectification happens anyhow, lack of respect happens anyhow, reification happens anyhow.

would you be willing to give up physical sexual desire/attraction to at least greatly reduce female sexual objectification?

Already a reality: no matter what level of attractiveness, sexual objectification continues apace.

Hint: it’s not really about attractiveness. It’s about power and control.

Okay wait. You want women to consider suppressing their desires and feelings of attraction to reduce their objectification? How would that even work?

Yup. Thought it was going to be a thoughtful thread, but then facepalm.

Orthodox Jewish women going bald after they get married

Your understanding of the reason is incorrect. The source reason has to do with aspect of the laws concerning modesty. The baseline requirement is that a Jewish woman cover her hair upon getting married. Some groups have a traditional of shaving their heads and wearing various head coverings or wigs but most orthodox groups don’t have that tradition.

Perhaps the original poster meant give up sexual desire in all humanity, rather than just in women?

Speaking as a dude, I’d happily make that trade.

I stand corrected, but in my defence that’s what non-Orthodox Jewish people have told me.

Can you clarify your question? Are speaking about desire in both sexes, or just the women you are addressing? How do you define both sexual desire and objectification?

willing to give up physical sexual desire/attraction to at least greatly reduce female sexual objectification?

So-called “unattractive” women are just as capable of being objectified as conventionally attractive women.

For example: Trump brags about his daughter’s tits and attacks Rosie O’Donnell over her weight. But in both cases he is objectifying those women based on how sexually attractive he finds them instead of valuing them for their other talents or qualities.

would you be willing to give up physical sexual desire/attraction

I don’t think this is even possible, “attractiveness” is just another social construct, change how people look and we don’t change our drive to reproduce. 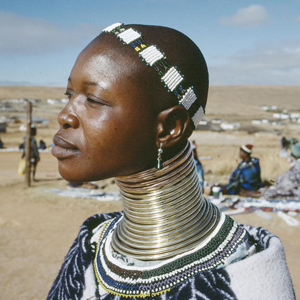 but in my defence that’s what non-Orthodox Jewish people have told me.

Unfortunately there are non-Orthodox Jews who say these things out of ignorance or spite.

I think that both attraction and objectification are false premises, and are uncivilized in how they play out.

The notion of whether or not “desire” even can truly be said to have any “object” would need to be unpacked and examined first, and most discussions of objectification gloss right over this. Desire is selfish because it is fundamentally about you. This can be seen plainly with regards to romantic and/or sexual relationships when it often becomes apparent that one was pursuing not That Person, but one’s own ideal which one reflexively projected upon that person in order to externalize it and give it form. Whereas “attraction” is selfish because it is predicated upon attachment and belonging. Intimacy being a successive approximation of biologically or culturally pre-defined criteria for comfort.

What I find useful is to switch over to a vocabulary which allows for discussing different kinds of love:

The Greek language distinguishes at least four different ways as to how the word love is used. Ancient Greek has four distinct words for love: agápe, éros, philía, and storgē. However, as with other languages, it has been difficult to separate the meanings of these words when used outside their respective contexts. Nonetheless, the senses in which these words were generally used are as follows:

Using this, I would say that those who are inclined to objectify others are feeling Storgē, in that they are self-centered and demanding unconditional acceptance as an infant would. This could describe Oedipus/Electra complexes. The attraction model is typically based upon Éros, cultivation of interpersonal attachment. The friends with benefits schema would be Philia. An uncommon model I subscribe to is sexuality based upon Agápe, which is basically altruism. Doing it because it helps people, celebrates an event, increases social harmony.

My experience in the US at least is that people get easily squicked and/or alarmed when others have a different sex/love model than they do.

I am angry that this line of discussion about gendered objectification has been moved to its own little backwater.

It gives the appearance of confirming that how women discuss this subject is inaccurate and must be sidelined.

Meanwhile, it’s perfectly OK for a serial off-topic poster – someone whose posts are never moved or deleted – to come to this new thread and try to derail.

And I was just starting to get a little bit more involved again here.

@orenwolf - what was the point of moving this conversation away from the women who started it?

It gives the appearance of confirming that how women discuss this subject is inaccurate and must be sidelined.

Not at all, as @Melizmatic posted above, the original comment was offtopic for the gendered objectification topic, so I moved it. It’s not a reflection of anything but this: Topics are cheap! We can have many! And splitting topics into their own subject categories means that discussions can drill down into specific points of interest without posters feeling like they are derailing anything.

If topic splitting means “sidelining” to you, then I both apologize that you’ve come to that impression, and humbly submit that I need to do more of it so that it loses that stigma.

@orenwolf - what was the point of moving this conversation away from the women who started it?

It’s not away from anyone? Why wouldn’t anyone who chooses to reply here? If anything there should be more posts about the nuances of this topic to post in, not less.