Misleading, They only actually “tested” one: the water into hydrogen thing. The rest they just talked about.

It’s obviously bullshit, but even if the HHO thing worked, creating a blanket of pure hydrogen in an unpressurized tank connected to any source of combustion is a really bad idea. Plus, since the fuel pump inlet in is the bottom of the tank and designed to move liquids and not gas, how exactly is a single atom of the lightest element supposed to make it into the chamber?

I’d say a big fuel saver is to stow your ego. Jackrabbit starts, racing to the next light, pulling ahead just to turn in front of someone instead of behind them, etc.

Maybe there was no mention of this because even they know it’s not a myth.

Not unlike the listing of calories these days on restaurant menus, having those ‘instantaneous’ fuel economy gauges in the car really shows what’s going on, fuel consumption -wise. Never realized that even in a Prius, hitting the gas on an uphill to pass someone brings you WAY down into the low single digits of mpg.

Maybe there was no mention of this because even they know it’s not a myth.

It is the thing at the end of the video they tell you is the only known way to really reduce your usage. Slow down and drive smoother.

Don’t do that drafting thing with trucks. For it to work you have to be so close as to be very dangerous. The trucker also can’t see you when you’re that close so it’s a real dick move. Don’t do it.

Don’t do that drafting thing with trucks.

I did it once. On a bicycle, downhill behind a truck. I was a teenager - not a defence really, but it helps explain.

Nothing exciting happened that day, but a friend had a serious bike accident a week later under much more benign circumstances, and that made me stop and think a bit.

Seriously, the brain development curve where risk assessment gets wired in years after the body is physically an adult is a bug. “Intelligent design”, my arse.

Not to mention TAILGATING. That’s a ticket well-earned.

Everybody knows all you need is one of these:

Seen on a chumbox today. 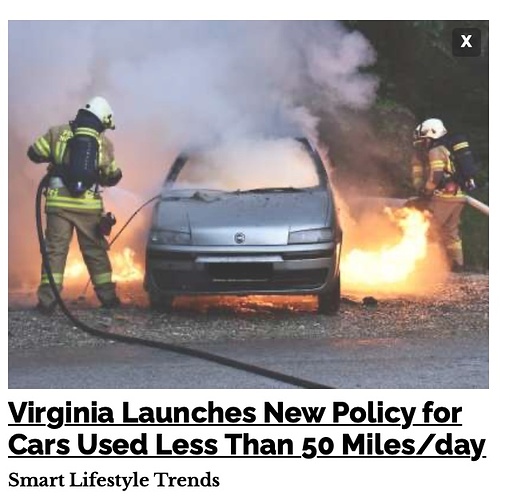