Man, the idea of “and we’ve been filling your car with gasoline for months!” being the punchline to a humiliating and enraging prank. The before times.

Al loved to tell stories of his days back at Ford

The story may well be true as told, but I’ve heard different variations of it over time from different sources so it’s hard to know what’s real.

For example here’s one about a guy with a Volvo: 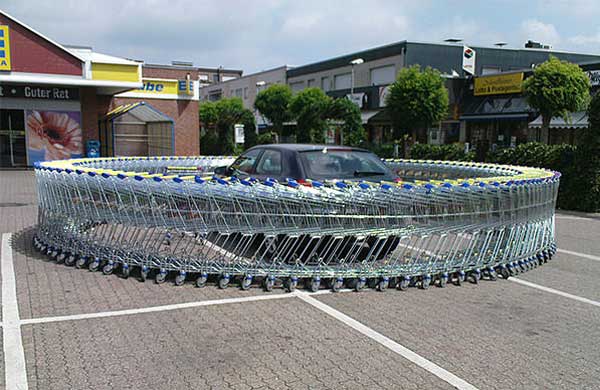 With a little assistance from The Chevy Source we learned of two classic jokes that have made their way through the automotive journalism ranks throughout the years. Don’t anger the maintenance people This prank allegedly happened at a large...

And here’s another version some guy on a message board apparently heard from his uncle:

Can’t verify this, but it makes good telling. From my uncle, who died 8 years ago:

In the 1950s (yes, the '50s) when the original VW beetles were still quite uncommon, my uncle worked with a guy who had one. The guy just couldn’t stop bragging about the great fuel economy his car got.

Several of the guys decided to put a stop to the bragging. First, they began secretly adding gas to the VW’s gas tank. So, every time the guy filled up, his mileage got better and better. And the bragging got more and more obnoxious. This went on for several weeks. Of course, everyone was in on the joke, and everyone encouraged his bragging by repeatedly asking how his mileage was working out.

Then, they began secretly syphoning out fairly large amounts of gas, and of course, the guy’s mileage dropped like a rock. The bragging stopped, and he was reluctant to admit his mileage when everyone quizzed him. In very short order, he finally shut up permanently. No indication whether he actually caught on or not.

The reason I’m not sure if this could have happened is that early VW beetles had the fuel filler under the front hood, and the hood release was inside the car. If the owner locked the car, the fuel tank was inaccessible. But as I said, it makes good telling.

And here’s one from an episode of Car Talk. (A Fiat this time):

Our skeptical-looking (we were all in on it) crew would be regaled by his tales of getting, well, first it was 34, then 50, the 63 miles per gallon. He would snarl condescendingly at our gas guzzling Volvos, then reflect on the brilliance of Italian engineering. The Fiat dealership, of course, had several explanations. Tight engine. American gas. Driving habits. Then we gradually began to reduce the amount we added, until it was zero, and then of course we siphoned increasing amounts from the Fiat’s tank.

At first, the bragging slowed to a stop. He became surly. How was the Fiat? Wouldn’t answer. Then of course he kept taking it back to the Fiat back dealership, which, of course, had several explanations. Tight engine. American gas. Driving habits.

The Fiat dealership, of course, had several explanations. Tight engine. American gas. Driving habits. Then we gradually began to reduce the amount we added, until it was zero, and then of course we siphoned increasing amounts from the Fiat’s tank.

At first, the bragging slowed to a stop. He became surly. How was the Fiat? Wouldn’t answer. Then of course he kept taking it back to the Fiat back dealership, which, of course, had several explanations. Tight engine. American gas. Driving habits.

Oooooo, this story is kick-ass, that they started syphoning gas out is master class fuckery!!!

A similar “benefit as a prank” tale in my clan is about a guy that lived in the country and had a long driveway. He wouldn’t shut up about about this newfangled machine he acquired that would remove snow. The thought of having a machine take care of the backbreaking job of shoveling wind-driven, hard packed snow was all this guy could talk about. (Snowblowers for average Joe’s were a new thing in the Midwest of the 60’s).

A few dustings had happen but, at last, the forecast called for serious snow and he informed anyone who would listen about the marvel he was about to realize and, that night, the snow came. The next morning he bundles up, goes into the garage, and gets ready to put his new wonder-machine through its paces. He opens the garage door to find a thick blanked of snow everywhere… except his driveway. His overly energetic co-workers had came over in the middle of the night and cleaned it all off.

These pranks were downright criminal and shouldn’t be celebrated.

They were blatantly GASLIGHTING those poor fellows!

Reminds me of a flashback scene from King of the Hill when a teenage Bill and Dale suggest “borrowing” their friend Boomhaur’s muscle car for a joyride and the straight-laced Hank suggests taking the prank a step further:

And you know what would be even more fun? If after we drive it, we fill it with gas, so the next time Boomhauer uses it, he’s like “How’d that happen?” 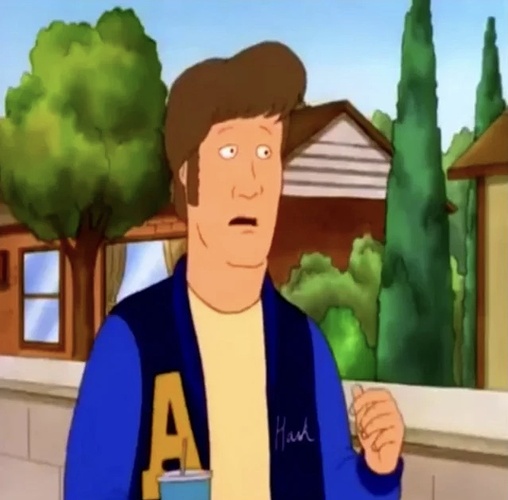 This prank was also a minor plot line in CHiPs The Watch Commander (Season 3, Episode 11)

Why I remember that, I have no idea.

A variation also appeared on M*A*S*H, where Hawkeye started tailoring Major Winchesters trousers, making him think he was losing and then gaining weight. The punchline came at the end of the show when he was asked what’s next, and he replied “Starting next week, he’s getting taller.”

The punchline came at the end of the show when he was asked what’s next, and he replied “Starting next week, he’s getting taller.”

In Roald Dahl’s The Twits, the vindictive husband makes his wife think she’s got a bad case of “the shrinks” by gradually making her cane longer and chair taller.

When the first iPad launched our Creative Director announced he was off to the Apple Store to pick up his which he had ordered in advance. A quick screenshot from the Apple site, colour printer and foamcore board and everyone in the studio had one sitting on their desk when he returned.