Originally published at: Driver yells at another driver for warning them that they have a gas pump and hose hanging from their car | Boing Boing 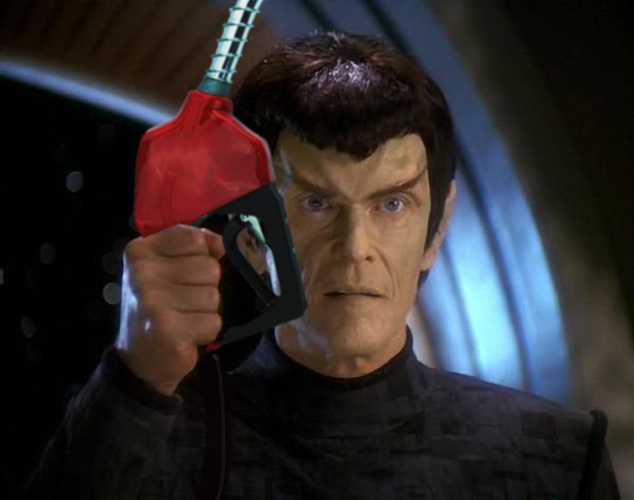 meanwhile, back at the gas station…

I saw something very similar happen once. I got picked up hitch-hiking by this guy in a crazy rig - big RV with a trailer on the back towing some kind of car. We’re riding along the highway in the Yucatan and a car of youngish people pulls up along-side honking and waving and motioning. He (“my” driver) got really annoyed and swears and honks back at them. Very, very annoyed. They give up eventually, but not without putting in some real effort.
Finally, probably about 10 - 20 minutes later, there’s a weird noise so he pulls over and sees that one of the tires on the trailer had blown out and he was riding on the rim by then. That’s when he realized what the people had been trying to tell him. It was rather hilarious (for me).

It feels staged. She’s over the top and they let her do her rant before telling her. She would have noticed it when she got out since it was on the driver’s side.

It does feel staged.

But just in case it isn’t, should we go with “Nozzle Nancy”?

Let that be a lesson to you young man.

At least there was no gas lighting…

@frauenfelder I love BB, but can you all take a moment to reconsider just posting the worst things to bubble up to the top of Reddit’s “popular” section all the time? I miss BB the happy mutant original thinking without having to wade through recycled r/AnimalsBeingDerps and r/IdiotsInCars. God forbid the day one of you posts about stonks.

That is one thing a Mercedes doesn’t tell you by warning light. I’m sure the next series got that as well.

One of my first, and worst jobs, was in a UK petrol station. A small outlet, three or four pumps. Back in the eighties, when we had three- star petrol. Which, wonderfully, was a fifty-fifty mix of two-star and four-star.
Anyways, we had one car arrive which was obviously overheating. My co-worker, rather than waiting for the engine to cool completely, forced off the radiator cap and got covered in boiling, rusty water. He was okay, but shocked.
The thing I learned, to get back on topic, is the amazing amount of people who, should their car catch fire in transit, will look to a petrol station as their first resort.

Someone should call the cops. . . 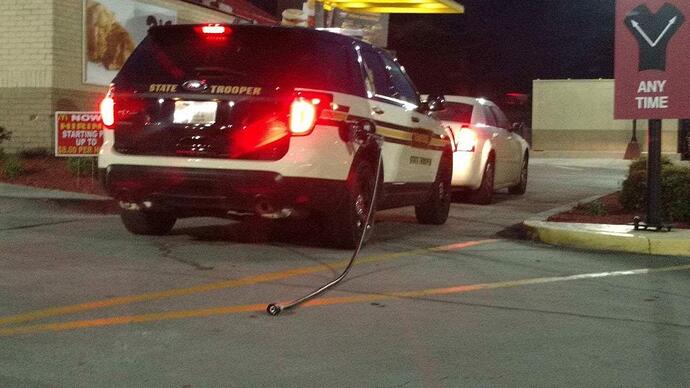 I’m amused by people being angry when someone is trying to be helpful. Once, I bought a container of mints at a gas station. I paid with a $10 bill. The clerk, a woman of about 50, gave me change from $20. I tried handing her back the extra $10, explaining that she gave me too much change, and for some reason she was angry and offended that I told her she made and error, and decided to argue with me about it. So I put the cash in my pocket and left, stupified but a little richer

This genre of obviously fake “prank” and “freak-out” videos is one of the weirdest things to infect the internet. I love it, but there’s wackier premises out there. Also, this video punches down at women who are scared of being harassed. Should have cast that character as a really intimidating and built man instead.

One of my first, and worst jobs, was in a UK petrol station.

I’m beginning to think that America needs a National Day of Just Chill the Fuck Out.