Even some of the best drivers in the world have made that mistake. 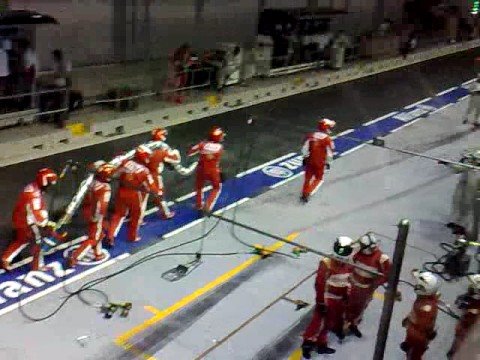 NY attorney general predicts Trump will quit so Pence can pardon him | Boing...

Trump probably can’t pardon himself, so to protect himself against being prosecuted for a multitude of federal crimes he’s going to step down and allow President Mike “Stonks̶…

It does feel staged.

Not to me, but I do wonder how you don’t feel your car ripping the hose out of the gas pump.

But just in case it isn’t, should we go with “Nozzle Nancy”?

No, I don’t feel the need to ridicule her. She saw they were following her and didn’t know why. When she realized the good reason, she was embarrassed and perfunctorily thanked them. She’s not a Karen.

Dammit! After all my laughter at the comments…now I’m wondering if I’ve ever done this!

I agree with this, I don’t visit Reddit precisely because I find this sort of content to be akin to junk-food. It seems interesting and fun and good at first, but ultimately it turns out to be nothing but filler that’s distracting me from more interesting or healthy content. Having it come up occasionally was ok, but more and more it seems like a large portion of the content coming through boingboing is just recycled Reddit garbage.

Why are we so sure this is fake?

Because this is nowhere near the most ridiculous thing ever seen. The first five people you meet at a MAGA/Tea party rally are capable of doing this.

They do not show the lead-up to video (if this were staged, wouldnt they show some part of him noticing the car with the gas dispenser dragging from it, show her chasing/flagging her down? But they dont because they only thought to tape it at the very end of the encounter.)
They do show the drivers license of the Mercedes (if this were fake, theyd probably be professional enough to blur it).

That was my first reaction. As an acting teacher (you don’t have to be one to perceive the emotional indication here) this will go into my library of examples to show students.

As an acting teacher

Funny thing, but when I read this, I thought you meant something like a temporarily appointed teacher. There was entirely too much of that type of thing in 2020.

It’s the tone of the delivery, it just reeks of bad acting to me. The “what are you talking about?” in particular is a give away (I think it would have worked better if she hadn’t instantly folded but instead doubled down on chewing these guys out), but her body language is really stiff and performative throughout.
It’s definitely not professional, I’m not sure I’d spot it if they were professional actors, it’s an amateur fake. Which is cool, it’s fun to see amateur short film projects, I hope they keep going with it.

Was he in a hurry?

Felipe Massa drove off with the fuel hose still attached and nearly crashed into Adrian Sutil, and the delay to get the hose out of his car dropped him out of the race points which lost him the 2008 world championship to Lewis Hamilton by one point.

Maybe he should have been in less of a hurry? Did no-one tell him about the tortoise and the hare when he was a child?

My wife worked at a gas station and it happened 2 or 3 times in the couple of years she was there.