…and who around here is risk-neutral?

Judging by the fear in theys eyes, and in theys eyestalks, I thinks some of this crowd is no longer at risk of being neutered. 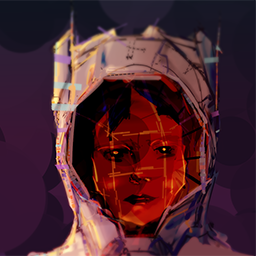 Apologies for the sidereal delays, kids and kindred. Responsibilities in the heart and the hulk of the vessel. Trainingwise for the aspirants, that sort of thing. The usual partydoss. Now, I’m…

Apologies, and I mean it, this time. I forget that I’m wired into the magpie speech. I forget that I’m working with this ridiculous festival lingua - this ugly, cobbled melange of housespeak and the half-assembled verbal clutter of the diaspora. There’s old language, here, running on the old circuits - but I’ve little chance to use it.

Anyway,I’ve been holed up in the belly of the beast - stuck down on the nether-decks of the Color Bomb - running ratings and ensigns through their paces. Do you know how much of education is just emulation? Just the unceasing replication of your own foibles and logical fallacies through the wetware equipment of impressionable young minds?

Language is a virus. Learning is a pathogen.

So I’ve been down, talking the children through the process of the alter - of the induction into the festival proper. It’s equal parts depressing and edifying.

But I’m out, and I’m in, and I have a feeling that Mission 2 is the mission for the venerable Color Bomb, and her crew of nascent neophytes.

Watching pilots watch bugs more than enough entertainment for this moose, may there be much gnashing of claws and meatsack whinging and jubilation.

Captain Wooster looks at the Comms screen and grins. He usually celebrated with the Three-Piece Squadron over at Ol’ Rahpael’s with a strong Moon-Scotch and the usual war stories out in the asteroid fields. He fumbles around until he finds the Bluefish Day slug-racing tables. He makes his bet…

At Duck’s Pond, Browf spies Dakota sitting with her comm at her booth, bluefish sticks almost gone. Sporting two glasses of white wine, Browf slides into the booth across from her, and pushes a glass across.

“hey there, you new Charybdis?”

Dakota glances up at Browf, and then hoofs a few buttons on her comm unit. “Sorry, Hi, I’m Dakota. Nice to see a friendly face.”

“Hi, Dakota, I’m Browf. I heard you’re working for Unizo-- Wait a minute, that was perfect Northwestern Moosese I heard you speak! Did you… you just upgraded my translator!”

Smirking, Dakota replies, “Thanks for the wine” and returns to poking at her comm.

“@SteampunkBanana Mamma, check this out, can you understand what I’m saying better?”

The way you waggle those oversized hairy ham-hocks? You sound like a drone from the ass-end of a galaxy that never heard of wax.

How can you live without wax?

I never had a problem before, but then maybe I was just hearing what I wanted to hear.

I’ll stick with the booze, thank you very much. Who knows what they put into the eggs on Bluefish Day.

It’s been a long day at the slug races, Willie the Jukebot is dancing on the bar and Duck might actually be smiling.

This one has always been a favorite:

Early in the evenin’ just about bluefish time,
Over in Charybdis they’re starting to unwind.
Jukebox on the bartop trying to bring you up.
Willy picks a tune out and he blows it on his box.

Chorus:
Up on the bartops, out of the street,
Willy the jukebot is playin’;
Bring a nickel; tap your feet.

Duck he hits the washboard and people just got to smile,
Mamma, thumps the gut bass and solos for a while.
Browf twangs the rhythm out on his kalamazoo.
Willy goes into a dance and doubles on kazoo.

Hey Browf, you know how to tell the difference between a Creedence fan and a chimney?

The smoke flows out of the chimney.

The smoke flows out of the chimney. 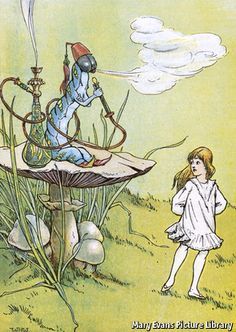 [Mission accomplished!][1] Now that I have some more bits in my account, I’m gonna bet.

@patrace, can I correct that bet to read b0.8? Please and thanks!

Ayee. I can feels it, like that time I won big on Lance Slugstrong.

He was totally on the salts.

@codinghorror Please lock down the this thread.