Do not think about an elephant.

This generated lots of tweets of “Polish Death Camps” a while back when it first came up.

So how do you say ‘Streisand effect’ in Polish?

Before Hitler made it toxic, just about every Christian country indulged in routine anti-Semitism. So there was fertile ground for complicity with the Nazi program.

But the other half was that right from the start of the invasion, Germany had its “proscription lists” of clergy, civil rights activists and community leaders, etc, and its Einsatzgruppen went and rounded all those people up and killed them. So within a few months of the conquest of Poland, anyone who might have been in a position to prick the conscience of their fellow Poles and say, hey, this isn’t cool, we shouldn’t go along with this, was dead.

From what I have gathered, pretty much every nation who fell to the Nazis had some level of complicity. I think I recall Poland had some of the more tolerant policies at the time, hence one reason their Jewish population was the highest in pre WWII.

One interesting area is in the French colonies in North Africa where the French often helped the Germans round up Jews while the Arab population were more likely to help them. This is something of an embarrassment to both Jews and Arabs nowadays when relations have soured after the creation of Israel.

Before Hitler made it toxic, just about every Christian country indulged in routine anti-Semitism.

Yeah, before Hitler, antisemitism was cool and hip.

Yeah, before Hitler, antisemitism was cool and hip.

By the standards of those days it was, just as it was fine to despise black, native Americans, Irish etc. Hitler’s excesses gave racism a bad reputation for a generation or two, but now it seems to make a strong comeback in large groups in the West.

What does it mean for a country to “tolerate” its nationals? Would we describe the US as having a “tolerant” policy towards Italian-Americans?

I think it means that you’re lgbt today.

It’s as if knowledge of the Streisand Effect vanished along with living memory of the fascist period in 20th century Europe.

No, I mean their policies and attitudes meant that more Jews immigrated to Poland than anywhere else. What I am saying next is from an oral history, so it may be flawed or skewed: Germany’s antisemitism wasn’t unique, and many nations in Europe (and elsewhere, including the US to a degree) had laws that discouraged Jews from living there. Poland was the only country at the time who wasn’t actively trying to push them out of their country.

Also, as a side note - I just listened to a series that summarized the first Crusade. This General in Germany, Godfrey, wanted to join in, but decided, despite order not to do so, to start at home and began killing Jews wholesale in Germany and France. You had stories of atrocities and heroism as some Bishops and others tried to shelter the Jews, but to no avail. This is considered the first major act of antisemitism in Europe, starting the fire way back in 1096.

One interesting area is in the French colonies in North Africa where the French often helped the Germans round up Jews while the Arab population were more likely to help them.

French North Africa is an interesting case study. French policy before the war was that Algeria was part of France proper, not a colony, and the inhabitants, no matter what race they were, were French citizens.

However, French policy was also that Muslims could not become French citizens. So Jewish Algerians enjoyed public education and all the other privileges of French citizenship. Muslim Algerians were denied all of that unless they renounced their faith, whch very few of them were willing to do. So you had a religious-based racist apartheid system that was in some ways even worse than the American South (the south at least had some gestures at public education for blacks, many Algerian Muslims were illiterate).

This created a lot of resentment of Jews by Muslims in Algeria, even before Arab-Israeli conflicts were a thing. After independence, nearly all the Jews whose ancestors had lived in Algeria for centuries fled for France or Israel.

At the same time, the white inhabitants of Algeria resented their government’s attitude that black skinned non-Muslims should be allowed to have all the same rights as they. So you had your standard European skin colour based racial prejudice as well as official government mandated religious discrimination.

Sources: i’ve done possibly too much research for a story set in North Africa during the war. In addition to Wikipedia and miscellaneous internet sites, the historical background in this book on city planning in Algiers was very informative: https://publishing.cdlib.org/ucpressebooks/view?docId=ft8c6009jk;brand=ucpress (link is to a complete online copy of the text).

ETA: I’m pretty sure that there was never very much rounding up of Jews in North Africa. The entire region was run by the Vichy puppet government, which enacted anti Jewish legislation modelled after the German racial laws, but did not ever get as far as shipping Jews to concentration camps (they had concentration camps, and they rounded up a lot of political activists and leftists and so on, including jews, but AFAIK, Jews qua Jews were not put in camps by Vichy).

The Germans took over control of government in Tunisia after the Allies invaded the rest of French North Africa during Operation Torch. And in the less than a year between Operation Torch and the expulsion of the Axis from Tunisia, IIRC the Germans rounded up Tunisian Jews to do slave labour, with some dying from overwork and underfeeding, but IIRC the Germans didn’t get around to murdering them outright.

eta2: I goofed, it was just Algeria that was deemed part of France proper, Morocco and Tunisia were colonies. Error fixed.

There was also rampant antisemitism AFTER the second world war, when Polish Jews came home to find other people living in their house, and then the postwar pogroms began, which is why so many Polish Jews ended up in DP camps in Germany. So there’s that.

That’s because the generation who actually remember the second world war and the punching of nazis are dying out. My nazi punching Pop Pop died in the early 2000s. There is also been an assault on memory and history, as Deborah Lipstadt described way back in the 80s with her book about Holocaust deniers.

An edict of toleration is a declaration, made by a government or ruler and states, that members of a given religion will not be persecuted for engaging in their religious practices and traditions. The edict implies tacit acceptance of the religion rather than its endorsement by the ruling power. 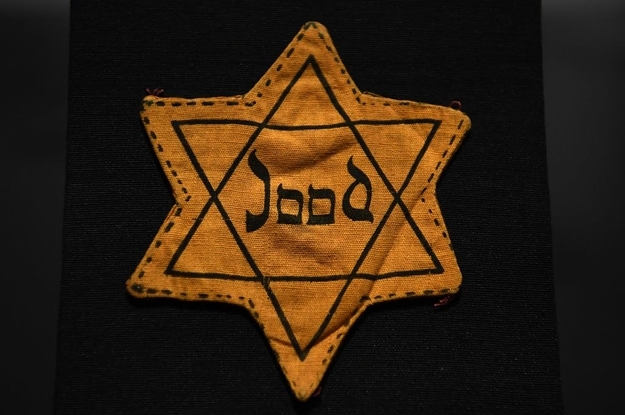 An Auschwitz Guide's Home Was Vandalized With The Star Of David And "Poland For...

The attack comes just after a new law took effect that makes it a crime to attribute any blame to Poland for the Holocaust.