they’re just concept work; the idea is that the client who licenses the design would replace the generic names with their brand.

It’s designer-nerd jargon for sure, but it was only wasted time if you really don’t care about colors or printing. Otherwise have fun stumbling onto Pantones everywhere now that you know!

Unlike those sellout fonts that favor legibility? You used to be cool, Gotham. But then you got popular.

IANADesigner, but I found these objects to be immensely satisfying.

Is this something I should have just know? LIke Seinfeld references?

Yes, and now you do. And sort of, more like Hitchhikers Guide references.

And there’s cake to go with it! 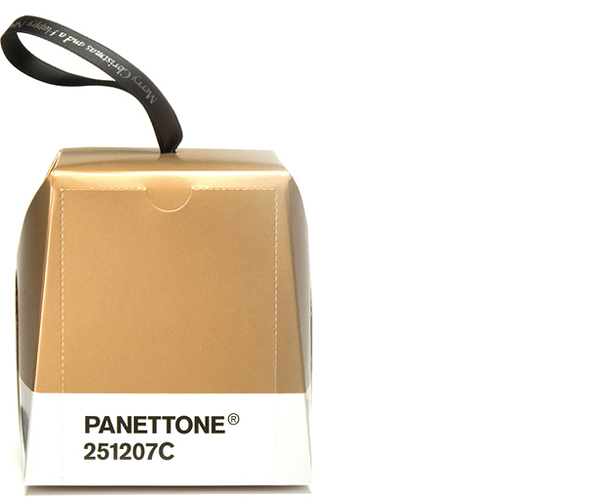 Get the font here: https://www.behance.net/gallery/11827531/Hipstelvetica-Free-Font

I can see a slight problem with the bottles. They’d likely have to wrapped or aluminium to be colored that way. Otherwise they’d likely be prohibitively expensive or otherwise impractical.

I’ve drunk from coloured bottles that had a coating (powder coated?) rather than using coloured glass or a wrap, so it seems it is possible.

I think the whole idea sort of falls apart when you try to apply it to any actual beer .

Indeed. These Pantone colours are also intended to describe opaque, not translucent, materials.

The use of a generic name makes them look cheap, too- like a supermarket value brand, or something Ikea might have sold a few years ago.

I still think the ‘weak legibility’ and ‘trying too hard to be different for the sake of it’ features combine into something kind of amateurish-feeling (RIP Vignelli, that magnificent muse for every minimalist curmudgeon), but good find.

I don’t know that you can powder coat glass, as far as I know its intended for metal. Most of the colored, glass bottles you see are painted or screen printed. Which can quite expensive. Especially if its more than a label would ordinarily cover. And coverage here would have to be complete, and include a metallic color. I’ve seen quite a few that are enameled, which is also expensive, and can prevent the bottle from accepting a standard cap. As can making the bottle from various ceramics (which is used for distinctly colored bottles too). You see all of this stuff with various craft beers these days. But the bottles are a lot more expensive even in bulk orders (I’ve checked) than standard glass with a label. So they’re often seem to be used only for certain higher cost or higher production run products. Its also why you see a lot of wrapped bottles, either shrink wrapped or wrapped with a big ol’ transparent sticker. Owing to the shape of the bottom, and the use of metallic color at the bottom I’m assuming these would be metal. Metal bottles are a weird thing, there seem to be a few craft breweries that use them for the ability to do distinctive packaging. But for the most part you see microbreweries using them so they can sell a bottle in areas where glass is a no go. Like sporting events and concerts where thrown glass bottles present a danger. They’re opaque like cans (so some benefit to freshness) and lighter (so some shipping savings) but they really sort of ditch a lot of the benefits of cans. The crown cap is still permeable and they aren’t stackable like cans so benefit to freshness and shipping costs are kind of neutered. Shit even if both the bottles and cans are aluminum of the entirely standard and common sort, I’m not even sure you can color them in that way. I can’t remember ever seeing an aluminum bottle where the color/painting went up and over the cap attachment as they seem to here. I’ve also not really seen cans where the coloration continued up over the entire top of the can. That’s likely to be because of how the manufacturers make them, you might need some sort of special set up, or non-standard order to make it happen. And that’s an added cost. Or you might just not be able to find anyone who’s willing to do it.

But more to my point I learned all of that about beer bottles in one afternoon shopping for bottles for home brew, and a handful of conversations with guys from craft breweries. Probably not all of it is accurate, but much of it is likely to be pretty practical. And the stuff about beer styles and colors is pretty much common knowledge among beer drinkers who go farther than drinking Bud (like my brother who says anything but Budweiser and Landshark is for “faggots”). These guys are apparently a working design agency, and they couldn’t even bother to spend an afternoon on Google figuring out how beer and beer packaging works. Which is probably the primary aggravation with these design concepts. None of them make sense when you poke them with a stick.

Gamers would buy it.

I know a guy whose articles on this very subject you might enjoy.

I did indeed enjoy that. For several hours. When I should have been doing other things. Thanks.