Bible Sourced Climate Change Denial Courtesy Of The US Senate

Oh, check out the video through this link. Epic. 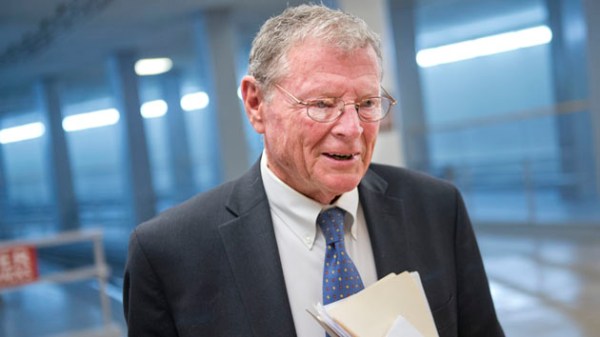 Watch a US senator cite the Bible to prove that humans aren't causing global...

But all actions stem from the first movement by god. Therefore only god can change the environment, therefore QED.

Put these senators in a chamber with a powerful enough UV source to cook their skin and eyes away, with a barrier of just enough ozone to keep it in check. And let them watch you breaking down the ozone until they beg you to stop.

Is it cruel? Yes, I rather feel it is. But it’s less cruel then sending people into the world with only an asshat for protection.

God made you do it. Not caused by human intervention.

God made you do it. Not caused by human intervention.

So? If a god could make me change the climate to fry them, it could do likewise elsewhere.

I suppose if I locked down the senate building and gave them LSD, they would blame their god instead of me!

Hmm, they wouldn’t be denying anything that their favoured lobbyists pre-approved. So no.

Hmm, they wouldn’t be denying anything that their favoured lobbyists pre-approved. So no.

But their human lobbyists seem to have no agency, so what’s the difference?

Let’s assume no agency on behalf of the lobbyists and that the politicians are aware of this. They still deny climate change and promote drug wars because cash. In god we trust. It’s right there on the money. Literally and figuratively. Including metaphorically.

It’s all about the Benjamins. But not about the President. That tireless self-promoter of a communist!

In god we trust. It’s right there on the money. Literally and figuratively. Including metaphorically.It’s all about the Benjamins.

The buck stops pretty quick if it’s all about money - which itself in turn is not about anything.

So when Jesus threw the money lenders out fo the temple? He was probably just freeing them from the stuffy confines of that dusty old temple so they could move into their comfy, corporate sky-scrapers. See? Jesus believed in corporate person-hood too!

Hang on a second…I see a glimmer of hope:

He actually listed biblical “evidence” as being a separate proof than archeological or historic. He didn’t say biblical proof WAS historic proof. That’s either an interesting Freudian slip or a cunning awareness that they’ve got to start hedging their bets on the subject of biblical inerrancy.

Ah, but if God gave man free will, and man used free will to change the climate then, then God didn’t make man do it. Now God is all like;

I’m not even going to dignify them by presuming to know which god they are talking about. They’ll need to come out and name it, or pick it out of a lineup like any other criminal.

I’m pretty sure that that’s weather. Weather indistinguishable from a class 3 exercise of divine power by an ISO standard finite-power polytheistic pantheon member, yes; but weather.

Climate change? That would seem to indicate this guy:

That would seem to indicate this guy:

The clouds show (indicate) that Thor is involved, evidence of giant hammer marks in the clouds implicates him in the crime?

Or how most pro-birthers are also pro-capital punishment, evidently too stupid to understand the irony. If they know what irony is…

Blackadder: “Baldrick, do you know what irony is…?”
Baldrick: “Yes, it’s like goldy and bronzey but less shiny.”

I’ve even heard GOP/TP justify their support for the death penalty by saying “Only God can take a life”, or words to that effect.

Better quit posting or I’ll use up me quota. Feel really frustrated today, so trying to do stupid shit to stop me thinking. It ain’t working.