gonna be honest…
as long as it ain’t mayonnaise, i would try “squid chunks in american sauce”.

I never really understood people’s aversion to the word ■■■■■, until I read “American sauce”.

I don’t know why, but it totally grossed me out.

This one’s gotta be the all time winner, all it needs is some fried chicken and ranch dressing: 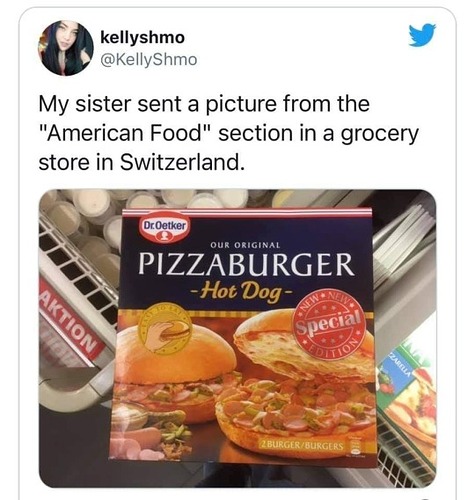 For us, peanut butter and other nut butters are an essential part of our diet. Traveling around Italy for a month with a family of vegetarians, we got very tired of Italian food (there’s only so much pizza and pasta you can eat before you explode) and it was hard to get enough protein. The only place we could find peanut butter was in the “American” section of supermarkets. And even then, it was the low-end Jif peanut butter with lots of salt and just a little too smooth to feel real.

I love what he said about “the weirdest aspects of other cultures are assumed to be the most traditional” because we judge other cultures only by their differences. That is incredibly astute. You see this especially with Japan where there are lots of hyper-weird little corners that do exist, but are not things most Japanese people see or do.

I would not have believed,”hot dogs in brine in a can” if I had not seen it.

I was lucky enough to work in France in 2017/18. I arrived from LA on Nov 1, which it turns out is a national holiday (All Saints Day, or Toussaint), and absolutely everything was closed. Except a big supermarket. First thing I saw was the big American Foods section, which, on top of jetlag and fatigue and hunger, had a hallucinatory feeling. I did not buy the marshmallow fluff.

Made with real Americans!

And Nutella, despite being ubiquitous in Europe is not the same.

”hot dogs in brine in a can”

Growing up south of the Mason-Dixon line, things like Scrapple 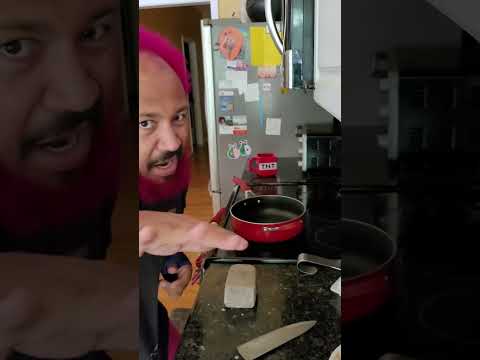 #shorts THIS is how you make Scrapple!!!!!

and Vienna Sausages were normal as a kid in DC 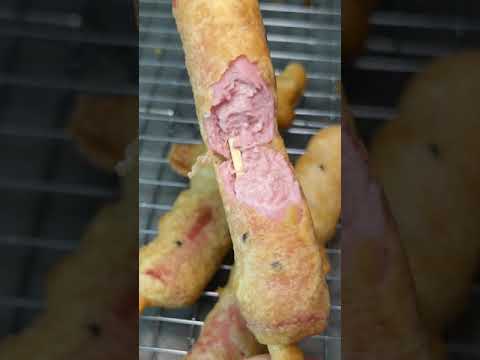 That being said, I can only imagine some Japanese exchange student getting heartbroken because nobody eats Christmas KFC like a civilized person would know is the done thing. ^____^

Makes me hanker for some Hopple Popple!!

A college friend and I lived and worked (legally) in London in the summer of 1985. A fellow American we met there suggested we all go get some pizza at a local chain (a UK chain I can’t recall the name of … Pizzaland maybe?). We decided to get a meat-topped pie. We started listing meat toppings, and when we got to “hamburger,” the waitress got a horrified look on her face and exclaimed, “HAMBURGERS? You put HAMBURGERS on your pizza?” We all had a laff and said, “NO! Sorry! No! Minced beef, please!” and set her mind at ease. The mental image of tiny Big Macs dotting a pizza still makes me smile.

Of course, now I can’t donate blood in the U.S.; Mad Cow Disease and all that.

I’ve noticed, as a rule of thumb, that if you see a food item labeled “[country X] style (or sauce, etc.)” and it’s being being eaten in country Y, it’s almost certainly not from country X. I’m fascinated to see these kinds of food associations happen in the US, even without explicitly mislabeling a food as coming from a particular place. The assumption that a particular type of restaurant will have particular dishes (even though they didn’t come from the country or culture in question) seems to become ubiquitous really quickly, and arbitrarily. (E.g. American-invented “Chinese” dishes such as General Tso’s chicken, “Caesar salad” in Italian restaurants, despite the dish coming from… Mexico. Or chicken tikka masala, which came from… Scotland.)

I was watching some video of Korean “street food” preparation and noticed them using Huy Fong sriracha, familiar to me since it made its way up to the SF Bay Area sometime in the '80s. I was both confused - Korea certainly being a country with an abundance of various chili products - and also feeling some California pride. What’s more American than a Vietnamese-American making a highly inauthentic version of a Thai sauce and selling it in Korea?

What’s ruined? Is it not common knowledge they come from California? (And have absolutely nothing to do with China, likely having been invented by Japanese-Americans.)

I recollect watching an episode of a '90s Superman tv show, wherein Clark Kent brings Chinese take-out for a dinner with Lois, and she’s confused because the fortune cookie is in Chinese, because he actually flew to China to get it. I was very confused by the whole thing, as absolutely everything, from the whole concept of “Chinese take-out,” to the paper cartons the food was in, to the fortune cookies, were completely and totally American (and specifically Californian in origin) and alien to China.

This one’s gotta be the all time weiner,

I guess I was the only American here taking umbrage at a fella delineating what was and wasn’t American while his repeated pronunciation of “about” as “a-boot” unquestionably branded him as Canadian. petty of me, sure, but I’ve been turned around at their border enough to harbor a legitimate grudge.
ANYway, I’m surprised “American sauce” isn’t just ranch dressing; it actually originates here and is very popular with Americans, and with its creamy base, it’s stereotypically unhealthy and fattening which would seem to lend itself to our exotic qualities. it’s fairly tasty, but it does have a tinge of “exotic” weirdness to its unique flavor. hell, we put it on our Doritos, that oughta cement it as the universal American sauce.

I thought they were written by real Chinese mystics somewhere.