'It belongs to us!": Tense French trial over colonial art

PARIS (AP) — Is dislodging African artwork from a European museum a political statement, or a criminal act? That's the question a French court weighed Wednesday in an emotionally charged trial...

LOUISVILLE, Ky. (AP) — Dayjha Hogg has known racism her entire life, but until recently she thought she and her family had to face it on their own. Hogg, 19, lives in Whitesburg, Kentucky, a...

A Black man was fatally shot by a police officer at a gas station in Wolfe City, Texas, Saturday night, and witnesses say it happened while he was attempting to intervene in a domestic situation. According to the man’s family, he was a city worker...

breonna taylor’s family asking for a new prosecutor to be appointed, and their attorney is trying to gather public support for the effort

A Texas police officer has been charged with murder in the shooting death of a Black man in East Texas over the weekend.

Relatively quick charges this time. Please let there be video. (I do not want to see it, but if there is not, this guy will get off.)

Prosecutors in Georgia believe that racist texts and social media posts should be included as evidence against the three men charged with the killing of Ahmaud Arbery.

Also, the local public radio station has a podcast called Buried Truths, which have previously focused on lynchings in GA history, but this season they are covering the Ahmaud Arbery case:

We can't change our history, but we can let it guide us to understanding. Buried Truths investigates still-relevant stories of injustice, resilience and racism in the American South. Season 2: The story of A.C. Hall, a black teenager mistakenly...

Barbie reaches millions as she tackles racism in viral message

The message, which included the voice of Barbie's friend Nikki, aired Oct. 7 to nearly 9.7 million subscribers.

It is something at least, and aiming at younger kids is key to getting them to reject racism before they are indoctrinated into it. Kudos to Matel for setting themselves up for a shitstorm from the right wing. It is sure to come.

Could this insect be largely responsible for Africa's underdevelopment? econ.st/1yHJgi6 http://t.co/RymWEQGzA2

Is that insect called Imperialism? twitter.com/TheEconomist/s…

Could this insect be largely responsible for Africa's underdevelopment? http://t.co/0pb8a4GJww http://t.co/RymWEQGzA2

He was only seven years out of law school in 1967 when he argued the Supreme Court case that would reverberate for decades in that chamber and beyond.

They are all on our ballot this year. https://t.co/Wsd5Jy2ip1

@MMFlint Sure, just let me take a big sip of coffee and see who was President when Eric Garner was murdered

@MMFlint Biden authored the crime bill, Harris didn't prosecute a single officer for a use of force violation as AG or DA, and in the case of Eric Garner no on was prosecuted in a blue city in a blue state despite chokeholds having been made illegal in NYC in 1993. Boo this man.

#Vote because #GeorgeFloyd should be turning 47 today.

The mayor of Minneapolis and the governor of Minnesota are both Democrats, but don't let that get in the way of your slapping a campaign sticker on a corpse twitter.com/kerrywashingto…

#Vote because #GeorgeFloyd should be turning 47 today.

At the Drug Enforcement Administration’s Training Academy in Virginia last year, an instructor on the firing range called out a name that was shared by two trainees, one Black and one...

Of course that’s one of the agencies being used to go after protesters:

Lawmakers Call For Halt To Covert Surveillance Of Protesters By DEA

Two lawmakers have called for the Drug Enforcement Administration to stop conducting covert surveillance on civilians as part of the government’s plan to confront widespread protests following the killing of George Floyd last week. The Justice...

Yes, I’m aware, but I think it’s hard to justify racism directed at members of a racist institution, as it only perpetuates the malice, don’t you think?

ETA: Thinking on it further, POC are more likely to be exploitable pawns for the agency, which just isn’t right.

Last year Louisiana troopers reported that they tried to pull over Ronald Greene for an unspecified traffic violation and he drove away, and according to police during the pursuit he drove into a tree and died from the crash. After the body and vehicle were turned over to his family, they found his suv had minor damage and he had been badly beaten. The police then amended the report to say that he survived the crash and they arrested him with a struggle but the crash still killed him. Despite multiple taser burns and a head and face covered in bruises no investigation occurred for over a year.

Then audio of one of the troopers bragging about how badly the troopers beat him was leaked and it was learned that body cam footage of the whole thing had been available from the start and the state police had lied and covered up the murder. So far 6 troopers have been put on leave but no charges have been filed. (the officer in the leaked recording died in a single vehicle accident hours after being fired) 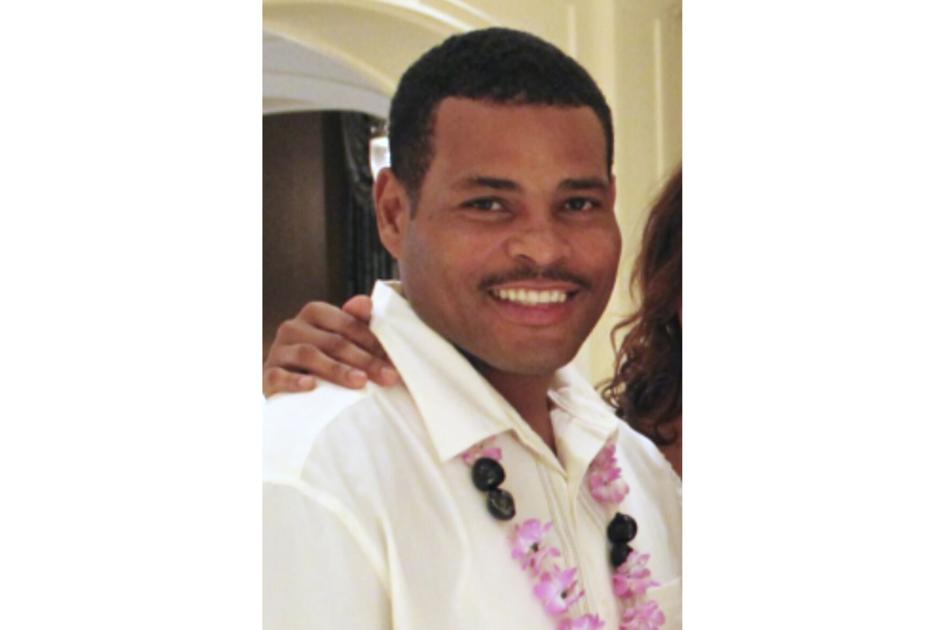 Louisiana trooper recorded saying he beat the 'ever-living f---' out of Black...

In graphic, matter-of-fact chatter picked up on his body-camera mic, a Louisiana State trooper implicated in the death of a Black man can be heard talking of beating and choking 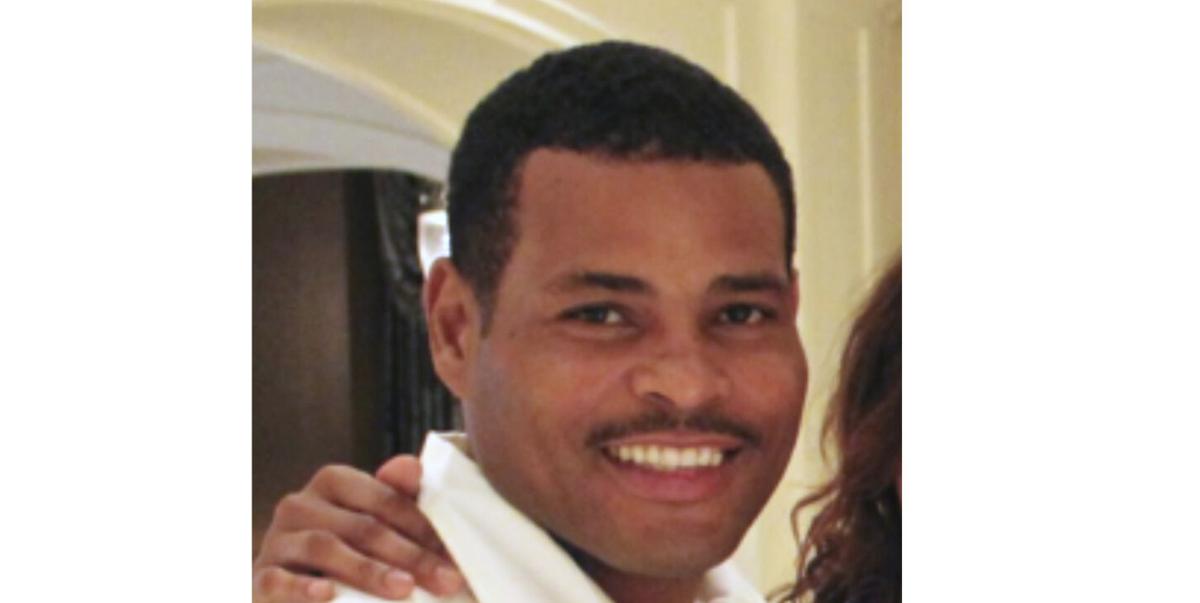 Yet another reason why Obstruction of Justice needs to apply equally to police, and have the same sentence as the crime that is being covered up.

“Oh, your body camera was turned off, you say. Bummer about that. Now you’re up for murder one instead of manslaughter. Bummer we can’t find that footage.”

““Just let me show you my I.D.,” Lloyd D. Stevenson said as three Portland police officers grabbed him outside a 7-Eleven.

Witnesses called out to the officers that they had the “wrong guy,” that the large Black man they were wrestling to the ground had been trying to keep the peace when a confrontation in the store escalated into a scuffle.

That was 35 years ago, but the excerpt could have been from today. An honorably discharged marine was breaking up a fight and was killed by police. How have we failed to make any progress over that time?

The 31-year-old former U.S. Marine, who friends and family called Tony, had his breathing cut off when Officer Gary Barbour used a “sleeper hold” on him.

Baby steps, but if this moves forward/gets adopted in other cities it might make people think twice before dialing in the future:

Imagine an America where you can call the authorities on a Karen for calling the authorities on you just for existing while Black. San Francisco, Calif., may very well be on its way to that reality—or at least one where Karens and their Ken...

Despite a 24-hour curfew imposed by the government, hundreds of young Nigerians gathered in Lagos Tuesday afternoon to continue protesting against police violence in the country. As they had been doing for weeks, they waved Nigerian flags, danced to...

A mass grave was found this week in the cemetery where archeologists have been searching for victims of the 1921 Tulsa race massacre, an Oklahoma state archaeologist announced Wednesday.