stuff like this is waiting for a better-sourced story on

why this proves nothing save for that the fella knows how to have a good time.

I know, right? Quick, send your mom to the White House before everyone else gets the same idea!

Biden already has done that on all of the beds.

Really? This has been floating around for months, and it’s finally coming to light? Why didn’t it ever bubble up to the surface during the campaign?

Biden already has done that on all of the beds.

Yeah, but they’ve litter-trained him since then.

From what I’ve read, the source isn’t really anonymous. Their name is just being withheld. Supposedly they are credible within the intelligence community and dug this up as part of investigations into Trump sponsored by both Dems and Repubs.

Really? This has been floating around for months, and it’s finally coming to light? Why didn’t it ever bubble up to the surface during the campaign?

It didn’t leak because the journalists were yellow.

I meant the rubber sheet, but well played!

It didn’t leak because the journalists were yellow.

Depends on the journalist, I guess. 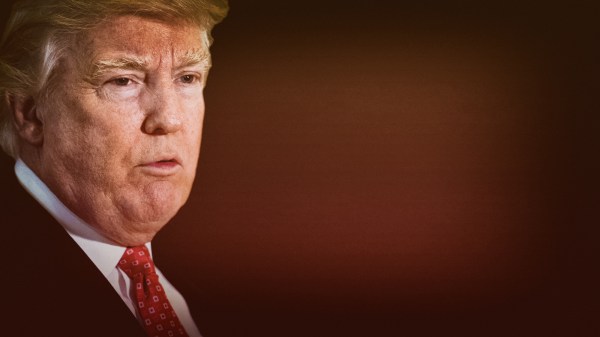 The FBI is investigating allegations that Russia has compromising information on...

Mother Jones first reported on these allegations before the election.

So… hypothetically of course… say you were a loudmouth American ‘mogul’ who ran a beauty pageant that came to town (mb… Moscow) i bet the, cough, authorities would know just what the tastes of such a man might be and perhaps some young ladies might be let up the freight elevator. Hypothetically, of course, just asking for a friend. A little wild time with a certain tightly wound business man and maybe she scratches his skin lightly whilst engaged in, whatever. Then perhaps this young lady finds herself dead, underage and with a bunch of somebody’s DNA under her fingernails? Such a shame…

Doesn’t sound very far fetched for the former head of the KGB to arrange now does it comrade?

Hypothetically… how do we have a do-over election?

That “dossier” looks fake as tits, but in any case, in the absence of much more convincing support, it’s the sort of thing that lots of people will just say “well that can’t be true”. I can imagine it souring the conspiracy-theory community on Turmp but they were only ever 5 or 10% of his base.

I’m not saying I can tell by the pixels, and I’ve never worked for an intelligence agency, but something rings very false about the way it’s written. There’s no jargon, and it flits between narrow details and broad sweeping statements about how Russia thinks, in the exact way a shitty spy novelist would. And it’s headed “report 2016/080”, as though any government department anywhere only produces a thousand reports a year.

Plus, we’ve already learned that no one cares / can bear to think about Turmp’s emetic private behavior. This could even be a… sigh… false flag operation to desensitise the public to more authentic revelations about how thoroughly the KGB controls Turmp.

how do we have a do-over election?

Join the Rebel Scum, I have.

But everyone knows yellow journalism is salacious…

I did consider not clicking at all, as the headline screams “this is one of Rob’s media-commentary trolling articles about how easily people will believe anything”. Was shocked that you didn’t make this up.