Book banned at a school named after its author

Originally published at: Book banned at a school named after its author | Boing Boing

The Right’s fears are both petty and profound. Neat trick.

Maybe this was the right-wingers’ revenge for banning segregation at schools named after heroes of the Confederacy. 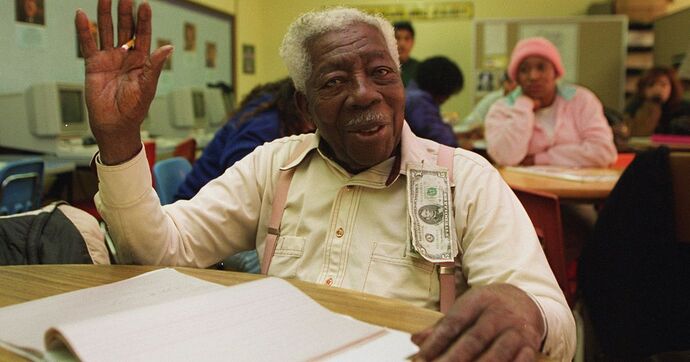 Will Southlake approve using book by grandson of slave in school bearing his...

A book about the grandson of a slave who learned to read when he was 98 years old, Life is So Good, is currently under review for use in the school named...

This district has been on national news multiple times over the last year because their school board and white residents are openly racist. That’s right, I said it, any school board or collection of parents “fighting” against CRT are racist, and openly so. They don’t know what it is, but they’re pretty sure it involves talking about black people, so they hate it, regardless of the fact that CRT is only taught at universities only to certain majors.

Whoa, from that article:

It attracted national attention after an administrator advised educators to teach students about the Holocaust from “opposing” perspectives, according to an audio recording obtained by NBC News.

Why did they even bother naming the school after him in the first place?

That’s like a holocaust-era German asking why they bothered letting Jews have stores in the first place. Because we’re in a regressive point in our nation’s history.

The book Life is So Good (JLW’s link added), co-written by George Dawson, is banned at George Dawson Middle School

Life was So Good.

Whoa, from that article:

It attracted national attention after an administrator advised educators to teach students about the Holocaust from “opposing” perspectives, according to an audio recording obtained by NBC News.

We’ve got some really serious book banning going on in the red states right now. Thanks to a new Oklahoma law, schools effectively have a blanket banning of books unless they meet some arbitrary criteria - which they revealed shortly before school started, leaving teachers without the time to research whether the books on their shelves met it, leaving schools with empty book shelves. A teacher providing the QR code for the Brooklyn Library’s online library card service (to allow students to read banned books) got suspended.

But I’m sure the NYTimes will have an article soon about how this is a “both sides” issue and lefty students in universities are unwilling to give space to bigots, and that’s totally the same thing…

I think his estate needs to send a letter threatening to charge the school a license fee for use of his name or demanding that the school change its name. No, I don’t know if that would fly in court, but the publicity might increase awareness of and interest in the book.

While I wouldn’t dispute that, I think that some of the progress being undone was only an IOU to begin with. Naming schools after civil-rights figures, by itself, is an extremely easy “concession” to make – it doesn’t prove that anything else about your town has changed since 1865. And if the town can’t refrain from open white supremacism for even one generation, then the school renaming was a fraud all along.

Thank you for posting this. What an absurd and infuriating travesty all this book banning stuff is. These people need to be voted out kept out and their death cult culture ostracized into obscurity. 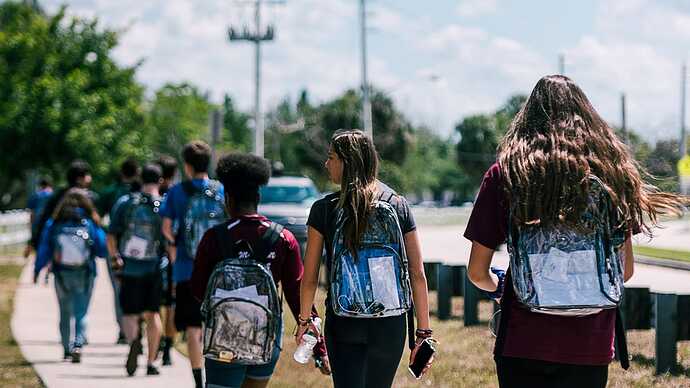 KELLER, TX—Calling the new policy a “necessary” safety measure, administrators from Keller Independent School District confirmed Friday that all students were now required to use clear bags in order to prevent them from bringing in books. “As we...

Again… we live in a dystopia…

I’m sure it was a “feel good” moment for the school board that was in place at the time.

Yeah, i had to check that it was The Onion. Sounded way too plausible in our current environment.

Yeah, i had to check that it was The Onion. Sounded way too plausible in our current environment.

Any reading or learning is for the privileged ‘Left elite’!?..
(had to look up two words above cause spelllin aint my thing (( also can’t spell ‘2’ without thinking of ‘Two Wobbly Oranges’)))… not so good at punctuation either!

When hell did the head kicking right wing conservative fuckers turn it around that they are the victims of society!!??

Literacy must be shameful because it will bring on ideas.