Mod note: As with any person, posting that you hope someone endures pain or suffering is against our community guidelines.

It’s a good guideline. Wishing doesn’t do anything. Wishing out loud is supposed to do the opposite, though there is no hard evidence for that either. If you believe in Nemesis, letting them get on with it probably the best course.

As no fan of Corbyn and his clique - I can only respond to your bizzare comment thusly. 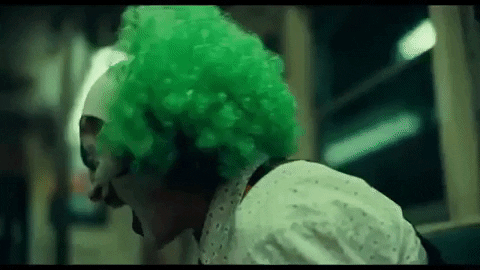 Not even remotely. Johnson is a terrible human being, and whilst I don’t wish him physical harm, it’s unimaginable that I’d support him.

I’m saying Corbyn is worse, and I have nothing but contempt for him.

Whatever; it’s academic now that Corbyn and his supporters have been rightfully sidelined and the adults are back in control of the party.

Found on Facebook. This is what I would have posted if I had the talent…

Boris Johnson is gravely ill, and according to some reports “fighting for his life” on a ventilator. It would be grotesque to actively will ill on anyone in a condition like this.

Expressing horrible sentiments under such circumstances is clearly not a healthy contribution to the social discourse, and neither is it healthy from an individual mental health perspective to be actively wishing death on other people.

However there’s a huge difference between not posting vile comments, and falling into the trap of abandoning all criticism of the truly catastrophic government mishandling of this crisis, especially in the crucial early stages, just because their figurehead is gravely ill from the virus that they deliberately allowed to spread.

In the early stages of the crisis the Tory government were pushing their bizarre pseudo-scientific “herd immunity” theory that letting this killer disease spread through the population like wildfire would help to save capitalism, and if lots of old and vulnerable people died, it would be a price worth paying.

The World Health Organisation pandemic protocol is, and always was, to test, quarantine the infected, and contact trace.

The Tory government outright ignored the protocol established by the epidemiology experts, and let the disease spread rapidly through the population, completely untraced, turning it into a killer invisible enemy.

Hundreds of people a day are dying unnecessarily as a result of this catastrophic error in judgement.

Despite having rowed back somewhat from their ‘only eugenics can save capitalism now’ depravity by eventually stopping major events, closing the schools, pubs, and restaurants, and keeping non-essential workers at home, the government is still refusing to follow World Health Organisation protocol.

They’re not testing everyone with symptoms like they should, they’re certainly not contact tracing, and even government ministers like Matt Hancock are ignoring the WHO protocol of two weeks quarantine for the infected, to do depraved nonsense like touring medical facilities and giving press conferences, whilst still shedding infectious viral particles all over the place.

How many additional people are going to suffer and die because the government is still belligerently refusing to follow WHO protocol, despite the fact it’s been clearly proven to work in places like South Korea, Taiwan, and Japan?

Then there’s the utterly shocking failure on proper protective gear for medics and essential workers.

How many medical staff have died already because they’ve been forced to work with highly infectious patients, with completely inadequate protective gear, or no protective gear at all?

Look at other essential workers like bus drivers. Are people even aware that nine bus drivers have already died of the virus, having continued in their jobs with inadequate protection, or no protection at all?

Then consider supermarket staff who have continued working in dangerous public facing roles, again often with inadequate protection or no protective gear whatever. How many have died? Nobody even appears to be counting.

From a personal perspective I hope that Johnson recovers, and recognises the dreadful errors in judgement he made in the crucial early stages of the outbreak, and that the consequence has been thousands upon thousands of people suffering the severe illness he went through, with many of them dying from the ordeal.

If there’s the slightest shred of decency in the man, he’ll learn from it, ruthlessly purge from his political team every last individual who pushed the “herd immunity” pseudo-science in the crucial early stages, and apologise for not having refused go along with their deadly eugenicist nonsense on humanitarian grounds.

I’ll say it again: There’s a massive difference between not actively wishing harm on people, and opportunistically using a person’s misfortune to completely whitewash their incompetence and their deadly errors in judgement.

And if you do insist on participating in this forelock-tugging vigil for a man who clearly wouldn’t give a damn if it was you or your loved ones struggling for life on the end of a ventilator, please, at least also spare a thought for the thousands already dead as a result of Tory “herd immunity” pseudo-science, the doctors, nurses, and other hospital staff who have already died fighting this thing on the front line, the bus drivers, supermarket staff, and other essential workers who have already lost their lives through lack of proper protective gear, the thousands of other people struggling for their lives on ventilators at the same time as Johnson, and all of those still yet to get ill/die from this virus as a result of the catastrophic Tory ‘inaction plan’ that let it spread like wildfire in the crucial early stages of the outbreak.

I’m saying Corbyn is worse, and I have nothing but contempt for him.

Reminds me of butter emails.

Thank you, that’s a very clear and helpful spelling out of that moral quandary.

While I really, really agree with that in general, there is one particular thing which really bugs me: very often the arguments brought against the current political players are post-fact and argued from hindsight.

I know it is a very unpopular position also around here, right now, but I would urge everyone to document the bullshit and the decisions taken, to be set into context of what the (excuse my French) arseholes in question did know ignore at the time of that bullshit, at the time of the decision, and even more important at the time of inaction.

There is going to be a discussion afterwards. There might be consequences, if we push for them.

If we don’t, there will quite possibly be landslide victory exactly for those who didn’t act, those who downplayed the pandemic, those who implemented policies against better advice for whatever wrong reason they had. Because the pandemic will pass at some point, and society does change already, and the ones in power are always favoured by “winning” a fight and are already using the pandemic to cement their power in many ways. Some even as a fnord. Others are starting to put blame on scapegoats.

We need to debunk, we need to document, we need to bring stuff to people’s attention. But it is no use to argue now, really. It often isn’t helpful at all to vent all your frustration in the strong ways.

Personally, I would like to concentrate on other shit than on arguing with my political opponents right now.

@Richard_Kirk, please note that I am not at all saying you are wrong in any of the stuff you relayed (assuming you agree). I just used your post as an example because some sentences seem also to do post-fact arguing, and it is more carrying an atmosphere than documenting what went wrong.

I don’t, for one, believe in Nemesis. We need to do the work now so the juries can do theirs. There is no thing as fate.