I haven’t taken a shower in years either…
A common item found in many households can be used to keep yourself clean without resorting to showers – works on dishes too.

So he’s also perfected a diet that produces exclusively no-wipers? 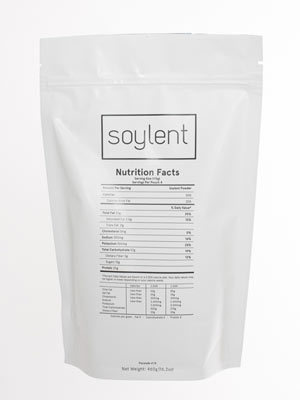 How does he smell?

“If you are getting a face full of water when you first turn your shower on, that means you are probably getting a particularly high load of Mycobacterium avium, which may not be too healthy.”

This also probably means you are a lunatic who likes a face full of cold water.

But what about the dirt? Dust collects on us, he’s got to have the nastiest neck on the planet.

He will be bought out or crushed by “Big Soap”! Especially if he is correct.
Let your kid play (ingest) dirt and live a healthier life. How much money is spent on soap, shampoo and deodorant every day in the US of A?
Mmmm, I want to smell like Pumpkin Spice!

I would have loved to hear the whole interview, but perhaps he used too many big works for a “news” show.

Yeah… I can’t not shower. I have tried many times in my life to reduce my dependence on showering but my hair looks like shit and there are smells that won’t go away without soap. I know lots of people that get way without showering, but their physiology is different from mine.

Well there is such a thing as scrubbing too much, and it can indeed cause health issues, but I think this goes a bit too far in the other direction.

Your lack of bidets seriously freaks me out.

he’s got to have the nastiest neck on the planet.

And according to my mom, he must have potatoes growing in the dirt patch behind his ears.

Believe me, I wish it was easier to get a bidet here in America.

I don’e use deodorant for similar reasons but this guy presents like a quack. Why is he his own spokesperson? He couldn’t find a charming hipster that wasn’t showering anyway?

No one has ever done clinical trials on fashionable haircuts or buttoning your shirt either, apparently.

About 8 years ago my wife started to get these raised, very painful, rashes or welts on her face. neck, and shoulders. She has been to more specialists than I can think of. While it’s like some known conditions, it doesn’t seem to be any of them specifically. Some of the very expensive cremes they sold her help minimally but have side effects that can cause issues worse than she has now.

My wife is a very clean person. So this whole “Washing sets my skin on fire” was a massive distress. I read about this product that is supposed to help a persons skin biome. We bought a sample and it actually seems to be working. She uses it daily as a refresher and takes an ice shower periodically when she feels it is needed and follows the shower with a good spritz. Before she works in the garden she sprays it on her face neck and shoulders and no longer gets the reaction when she starts to sweat.

Is it working as described? Is it psychosomatic? I honestly don’t know but it is the first thing to consistently and visibly help to reduce/remove flair ups and then treat one when they do occur. If typically see the welts raising on her face before she notices them. I now let her know when I see one, she does a spritz and instead of it developing into a painful welt that last for days, it just fades over a couple of hours.

I will admit this guy is not the best face for the product.

One thing I haven’t seen anyone mention is the drought in California and the American southwest. From the Witlock perspective, imagine how much water is “wasted” every day with showering.

On the other hand I just watched this Ted Talk by Myriam Sidibe on the Simple Power of Handwashing which is apparently one of the major ways to combat Cholera outbreaks. (LifeBouy antibacterial handsoap was developed to combat the Cholera outbreak in victorian England in 1894.)

So I guess I’d say showering isn’t that important in of itself but handwashing is still essential.

I’d hate to have to go without my morning shower though.

Back in my military days we would go out on field maneuvers for extended time periods, or spend weeks without a shower in the deserts of the middle east. You never noticed how bad the people around you smelled until you got back to where there was a shower, took one, and then encountered someone who had been with you the past few weeks but hadn’t yet bathed.

Whither dead skin, oil and dirt?

Methinks his explanation sounds plausible, but there is still some water needed…

Par for the course at MIT.

It’s not that difficult (unless you’re staying at a <

I spent a couple of weeks in the desert living out of my truck, my girlfriend dropping stronger and stronger hints that the occasional babywipe baths were insufficient. We get back home, I get cleaned up, sleep in a real bed. The next day when I went to clean out the truck, I opened the tailgate and immediately figured some especially rank homeless person had broken in and slept in it overnight, maybe used it as a toilet. Slowly I realized…

I was abjectly apologizing for a week or two after that.