Presumably while he is in New York he will be checking with the CIA on whether they’re going to support him in the coup he’s so keen on.
The Brazilian military don’t seem to want to help, but if he can get another decent red scare going they might fall into line.
After all, Lula is out of jail and free to stand again, and he will win again so Bolsonaro is worried about going to prison with his son.

The proof of prior infection also indicated he has likely brain damage as well.

Or just lock the door and don’t let them out for a few weeks.

With Trump we won’t be able to distinguish between new cognitive deficits and pre-existing ones.

maybe steal his watch too. the full experience, we call it.

Does he also eat it burned, with ketchup?

I like the last line in the article:
No caminho, o presidente ouviu ao menos um grito de “assassino”, de uma brasileira que o reconheceu.
In english:
On his way to the restaurant, a brazilian woman recognised him and screamed “murderer” at him.

Just the kind of diplomacy and statesmanship I’d expect from that thuggish regime.

@nytimes
President Jair Bolsonaro of Brazil, who has repeatedly downplayed the pandemic and who himself is unvaccinated, defended the use of unproven Covid drugs in a speech on Tuesday to the UN General Assembly. nyti.ms/3AyZQWs
6 Likes
BakaNeko September 21, 2021, 5:08pm #55 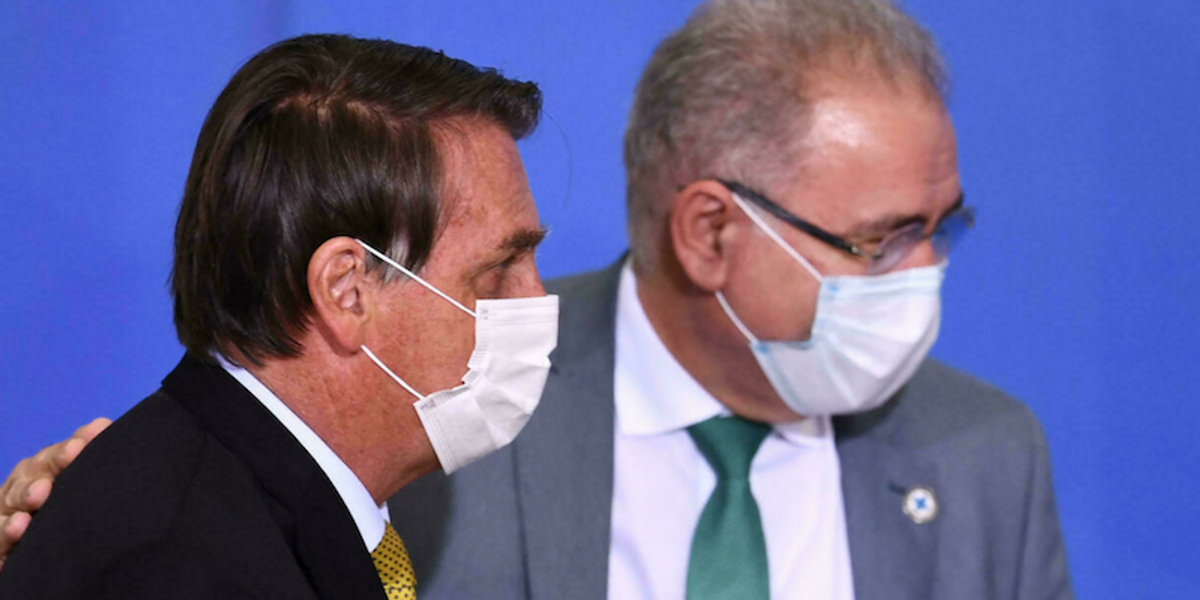 Brazil's Health Minister Marcelo Queiroga tested positive for Covid-19 Tuesday after attending the UN General Assembly in New York that was inaugurated by his president, Jair Bolsonaro, according to an official statement."The other members of the...

Eduardo Bolsonaro, son of the Brazilian president, lashed out on "Tucker Carlson Tonight" Tuesday against New York City Mayor Bill de Blasio for warning Brazil's president not to attend the UN General Assembly due to his lack of COVID vaccination.

Eduardo Nantes, son of Mr. Jair Bolsonaro, who walked without masks, dined with diplomats without masks among other maskless activities in New York, announced that he is contaminated with covid.