He says that because he’s mentally incapable of reading the constitution and understanding what presidential powers are actually laid out.

It’ll be a bright and sunny day when he’s gone.

It’ll be a bright and sunny day when he’s gone.

I keep having the sinking feeling that’s going to be five years from now.

He can still die between now and November.

Quick, let’s get him to shake hands with Boris Johnson!

Challenge him to a doorknob licking contest. Tell him that putin and bolserano think he’s too much of a pussy to lick 1000 public door knobs and if he does it they’ll be impressed.

He can still die between now and November. 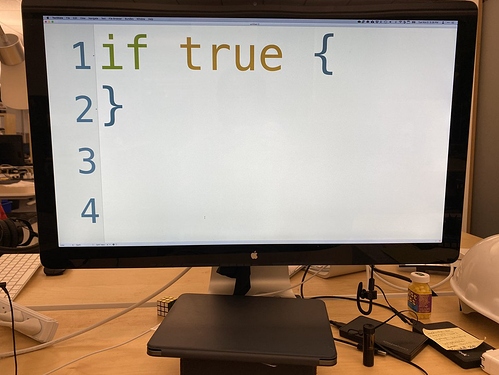 It sounds right, but if anyone can make a tautology false, it’s this motherfucker.

Sad to say, I believe he will be re-elected in a sweep on the order of Reagan in '84. And it will lead to the fracturing of the United States. The first two lines have been drawn with Pacifica on one hand and let’s call it the Yankee Union led by New York on the other. If either of those happens - and I would give long but measurable odds - the Republic of Zion would follow within days or weeks.

Russia has buried us without having to fire a shot, just like Khrushchev predicted. And we are no more entitled to permanent existence than was the USSR. Oh well, if it happens I’d rather be in a position to be part of Pacifica or Canada than the Empire of Trumpistan.

I clicked on the “I like this post” button, not because I like this post, but because, unfortunately I think this post is correct.
The last time states attempted to secede there was violence, and I can’t see this time being any different which is worrying.

the GOP has continued to remain to surprisingly silent on the issue of states’ rights for which they fought so hard to use an excuse for bigotry over the last 250 years.

Just for historical accuracy, this is incorrect. Way simplified: the Republican Party was formed just before the Civil War, and its first president was Abraham Lincoln. In those days, it was the Democrats (especially the Southern Democrats) who were the bigots, and of course they took states rights as far as it could go. It wasn’t until Roosevelt that the parties reversed roles. He used federal power to start the New Deal. Many African-Americans changed parties then, and when the Democratic Party started pushing for civil rights in the '60s, all the white Democrats in the South became Republicans, and it’s been the GOP’s base since then.

Maybe, but things are a bit different now. For one thing we have Lord Dampnut’s controller, Pooty-Poot, who is working hard to get rid of the United States and has been remarkably successful by putting Lil Donnie into power, handling him like an agent, and buying the Republicans.

The blocs that are closest to the breaking point - Pacifica and what we’ll call the Yankee Union - represent an bigger and economically more powerful bloc than the Confederacy. This time the Federal authorities don’t consider the ones who might secede to be Americans. We’re “Enemies of the People” and they keep stressing how Trumpistan is “Real America.” In the lead-up to the Civil War there was a stronger belief in the Union as a fundamental unifying principle. And the issue “Slave of Free” for new States was a bit different than the “We need to work together to keep our citizens from getting sick and dying.”

History might repeat itself. It might not. But the fact that it even became a contingency this quickly is historic.

One of my superpowers is the ability to look at terrible things without reflexively saying “That couldn’t possibly happen. People wouldn’t stand for it.”

—Tom Weller, Minims or, Man Is The Only Animal That Wears Bow Ties.

…but only if he can spell it correctly? 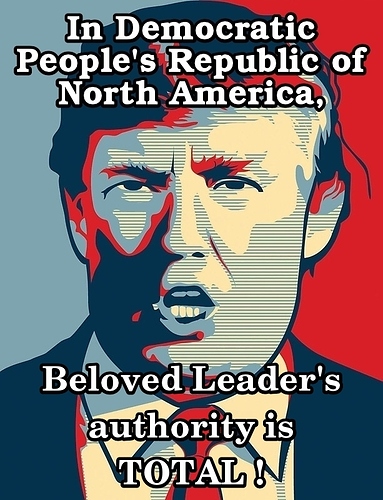 Did you just throw-up in your mouth when you said that?

In other news, the GOP has continued to remain to surprisingly silent on the issue of states’ rights for which they fought so hard to use an excuse for bigotry over the last 250 years.

Republicans have only been the “states’ rights” party for 50 years