I’d call it for the washing machine

'tis an old meme but it checks out

This is why you don’t put bricks in centrifuges.

I’m learning the opposite.

I’ve seen a bowling ball in a washing machine which, weirdly, was less dramatic. Nothing spontaneously deconstructed, but part of that was probably because it was only going in short bursts, being midi-controlled as part of a musical performance. (It’s a hell of a percussive instrument…)

being midi-controlled as part of a musical performance

If I remember correctly, there was more than one washing machine in addition to other abused home appliances in the instrument line-up…

How old is that video, i am 43 and remember watching that one in uni!

Under these circumstances, the washing machine was just acting according to its nature by destroying itself.

Part of the reason the washing machine in the video is so violent, is that it looks like they’ve removed the ballast/counterweight from the top. It’s there to stop an unevenly distributed load of washing from going full destructo.

At least the original had an appropriate aspect ratio. Instagram, of course cropped the sides because…oh, the horror if a social media acolyte should see black bars anywhere in a video image!!

“both are mere inanimate objects”

Oh buddy, I think it was animated all right. 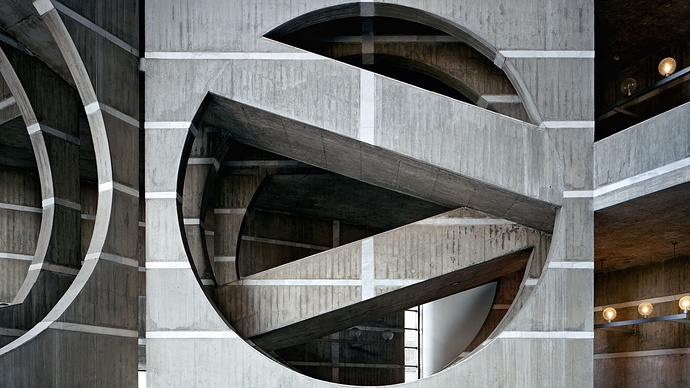 ''Even A Brick Wants To Be Something'' - Louis Kahn | Yatzer

In 1904, at the age of three, Kahn suffered severe burns to his face and hands marking him for life. Who would have ever thought then that his preferred drawing material would have been charcoal with which he sketched ''objects'' that went on to...

I avoided this thread until I realised is was a capital B.

ETA for context: This is an old English joke that runs thus:

A father and son signwriting company are on the last job of the day, for Pollocks Fishmongers in London.
Dad is up the ladder when son shouts up to him: “We’ve only got a B left, Dad.”
“We can’t use that, son”.
“It’s worse than that, Dad. We’ve made a right mess of The London Brick Company”.

Ah, that would explain it, as those bowling balls were really bouncing around in those washers…