I made these shirts for myself and my friends to wear when visiting Epcot. They’ve gotten a lot of positive comments from cast members.

There are still a few vestiges of weird Epcot to disorient and confuse while you’re wandering around. I think the last time I saw Epcot in the headlines, it was because they’d gotten in trouble with that prototype exhibit on nutrition that seemed to promote fat-shaming. 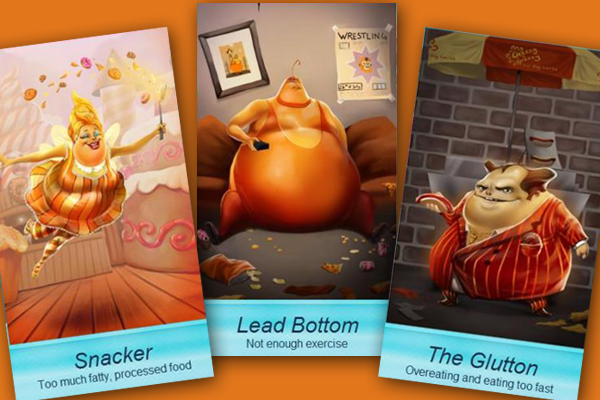 The mouse misfires with an ambitious, awful health campaign

Weirdness is dead and buried alongside satire and political discourse.

I think the last time I saw Epcot in the headlines, it was because they’d gotten in trouble with that prototype exhibit on nutrition that seemed to promote fat-shaming.

This is the problem when Epcot lets sponsors design their own exhibits without enough oversight – you get a mishmash of quality and design and ideas and stuff like this.

Even when they have creative control, things can get weird like when the “Wonders of Life” attraction had that “The Making of Me” film starring Martin Short (weirdly, an Epcot favorite) which was about human procreation. It was a weird mess.

The Making of Me

The Making of Me was a 1989 film about conception and birth directed by Glenn Gordon Caron and starring Martin Short. The film was shown at the Wonders of Life pavilion at Walt Disney World Resort's Epcot when the pavilion was open. As of 2007, the theater remains open during the International Food & Wine Festival; however, the film being shown is about food. As of 2008, Martin Short now stars in an unrelated short film in the Canada pavilion of Epcot.

Maybe it’s only me, but I think that “bring back” almost always sounds impotent and defeatist.(*) “Look forward to weird EPCOT” seems like a more formidable position.

Weirdness is dead and buried alongside satire and political discourse.

Let me guess - according to those who avoid political discourse? Why would they be credible to the common person?

Oh god. That was so awkward to watch with my parents when I went there back in '89. Martin Short telling me about how his parents (his dad played by Martin Short) got together to make a baby? Not fun.

Epcot in the late-80s, early-90s was a strange time. Lots of attractions got redone with celebrities. I remember the Cranium Command show from that same pavilion, starring George Wendt (as a stomach), Bobcat Goldthwait, and Hanz & Franz. It felt dated by the time it debuted. They got very lucky with Ellen’s Energy Adventure, though; who knew that in 2016, Ellen, Jeopardy, and Bill Nye would still be relevant?

Yeah, he is an Epcot staple – he is the presenter (or at least was last time I was there) for the Canadian pavilion as well. I get that he’s Canadian, but he’s far from the most famous Canadian actor.

I thought Epcot always was and always will be weird.

I worked on a show they had in '85. One of the first things I ever did.

I worked on a show they had in '85. One of the first things I ever did.

I remember seeing that CG! I think they used it in the Living Seas TV special with John Ritter, as well. Very cool stuff.

It took forever to model that stuff. Every vertex had to be typed in as x, y, z triples. Today the whole ‘city’ could be modeled in minutes.

I haven’t found the animation yet (it’s maybe 30 seconds total, if I recall) but I found the John Ritter special you mentioned

Nice! I like that better than the Wierd Epcot shirt Cory linked.

I’d be tempted to design and sell my own Disney-related stuff, but for the Mouse’s low tolerance for anything infringing.

If there ever was any doubt that Disney World’s greatest glory days laid behind it, just remember that at this very moment some team of Imagineers is designing and building an evil orange robot to deliver a speech in the Hall of Presidents.

just remember that at this very moment some team of Imagineers is designing and building an evil orange robot to deliver a speech in the Hall of Presidents.

There’s been some speculation that they may avoid doing so to avoid inevitable outbursts and ugliness when robot Trump gives a speech. But at the same time, celebrating the Presidency as a concept (and there’s some very lousy Presidents in there already) is what that show’s about more than celebrating individual achievements. Except for Abe Lincoln of course.

I’d be tempted to design and sell my own Disney-related stuff, but for the Mouse’s low tolerance for anything infringing.

They really only raise a stink if you sell things using copyrighted Disney characters; they keep a really tight handle on how their characters are used. They really don’t care if you do retro shirts with old attractions or using old logos. I checked with some cast members about my “retro” shirt – they didn’t care if I used the Epcot font or icons.

I mean, resort CM’s aren’t quite the legal department. I should know, I was one, heh.

Sure, the sharks are more on the lookout for something with Mickey on it and really aren’t going to hassle you over something you made for yourself. But anything from the parks still falls under their copyrighted IP so I won’t push my luck commercializing anything fun I make.