One theory (propounded by anonymous Tory MPs) is that they will lose the next election - that they NEED to lose the next election - and the economy will be in such a mess the Labour party will not be able to fix it even given 5 years, so then the Tories will be back in power for another generation. It’s almost as if Librium Liz** and Kamikwase Kwarteng** decided to implement this as their strategy.

True believers. If your only solution to literally every problem (tax cuts for rich) isn’t working, it is impossible for it to be the wrong solution. The only possible answer is to do it more.

For comparables, look at US States where antitax Republicans have been in charge for a couple of decades. If your much vaunted tax cuts yield a crumbling society and no prosperity boom, you just aren’t cutting enough.

I think it is time for the Conservatives to reconsider their position on PR.

Still quite lamentable that the infinitely suffering British need to wait all the way until 2025-January to be able to vote this disastrous party out of office. Not that Labour didn’t serve its part to getting in this fix. (definitely some rank smelling parallels across the pond)

Well, Labour aren’t going to do it, despite the conference overwhelmingly voting for it to be policy. Keir thinks there are more urgent priorities than that.

But there is no more important priority if our democracy is to start actually being democratic and put an end to the idiocy of Tories getting elected to power with far fewer votes than it takes to get Labour elected.

What amazes me is that they appear to be such true believers that, even after Mammon’s representatives in the world’s various financial centers reacted to their proposal with some combination of shock and running for the exit they still doubled down.

Building a neoliberal sacrifice zone so extreme that Wall Street thinks you are taking it a bit far, then responding to their displeasure by promising to do it even harder is real kool-aid material.

If you switch to Geico, you can approve that much and have a little left over.

Well, Labour aren’t going to do it, despite the conference overwhelmingly voting for it to be policy. Keir thinks there are more urgent priorities than that.

I don’t think that Sir Keith has realised that Labour has a 33 point lead despite his leadership, not because of it.

Being better than Liz Truss is not a particularly hard achievement.

(I’ll delete if you want to edit a correction)

Labour has a 33 point lead despite his leadership, not because of it.

Being better than Liz Truss is not a particularly hard achievement.

Utopian projects, by definition, can never fail. They can only be failed. It applies the same on the hard right as it has on the hard left in a number of lamentable 20th century instances.

Any time you place notions over reality people will get hurt.

This morning’s interview round where Truss went from catastrophic to apocalyptically bad in a series of BBC local radio interviews is something for the ages. Zero empathy, zero understanding, refusal to address genuine concerns, and seemingly endless silences where you could almost hear the tumbleweeds.

For lovers of ‘The Thick of It’ - like this, but somehow worse:

And she’s now called an emergency meeting with the Office for Budget Responsibility (which gives financial forecasts to the government on spending plans). The OBR is routinely asked to produce a forecast before any Budget or major piece of fiscal legislation is announced. Truss and Kwarteng refused to allow them to do so before last week’s announcement - almost certainly because they would have said the plans were unsustainable Ayn Randian wank that would crash the markets and could only ever be conceived by people so divorced from reality that they actually believe in fairies and trickle-down economics (I paraphrase).

A few days prior to the budget, Truss fired Tom Scholar, permanent secretary to the Treasury, because he wasn’t the requisite dyed in the wool nutter utterly in hock to dark money lobby groups like the IEA. Speaking of which: 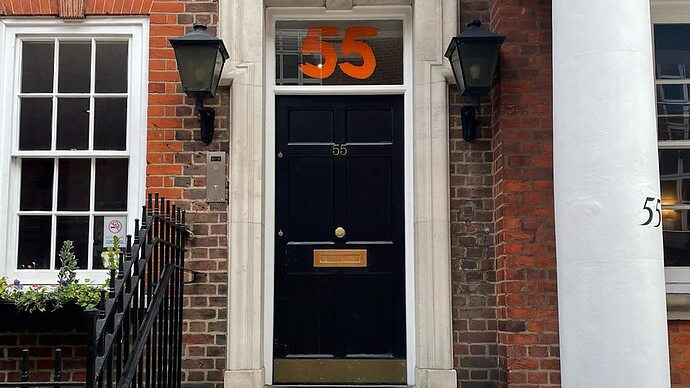 The Other Black Door - BBC Sounds

How a group of organisations in one Westminster building affected a decade of UK politics.

I think it is time for the Conservatives to reconsider their position on existing.

Any time you place notions over reality people will get hurt.

Ah, but which people? That makes all the difference.

You’re in the UK, right? What is the process for getting a new PM? What is the record for the shortest time a PM has served?

Most of those old processes have been passed over in favor of entrenchment, which serves the conservatives just fine. In a couple of years, the non conservatives may get their chance, if they don’t fuck it up, as they always do.

There’s something of a tradition of the anti-Starmer left referring to him as “Sir Kieth”. See https://twitter.com/starmerout, for example. I don’t know where it came from - perhaps a sense that the present leader isn’t fit to lick Keir Hardie’s boots?