One of the differences between British and American usage is that the word here in question, while still considered coarse and rude, does not carry quite the weight of social approbation opprobrium in the mother country as it does here in the colonies.

Edit: Thanks to @Schmorgluck for the vocabulary improvement

...when he launched racist abuse at a newsagent before attacking him with a display of sweets.

Oh, Britain, even your goons are a little twee.

To be fair, “Make America Great Again” hats are tough to get a hold of over there.

I guess I didn’t realize they were still wearing those idiotic wigs.

Surely we right-thinking people would consider such “antisocial behavior orders” on account of offensive activities as orwellian anathema to a free society. Surely.

I see the problem. He clearly meant to compliment the Judge on being Human Scum… 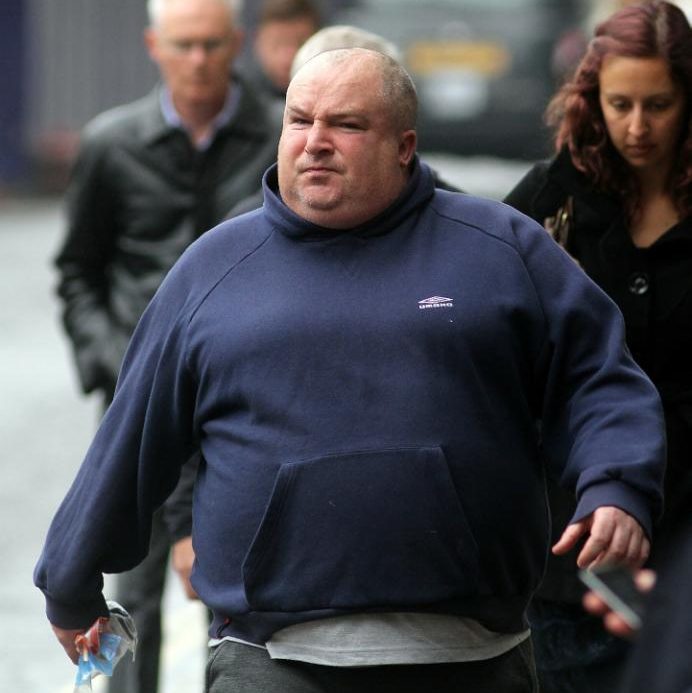 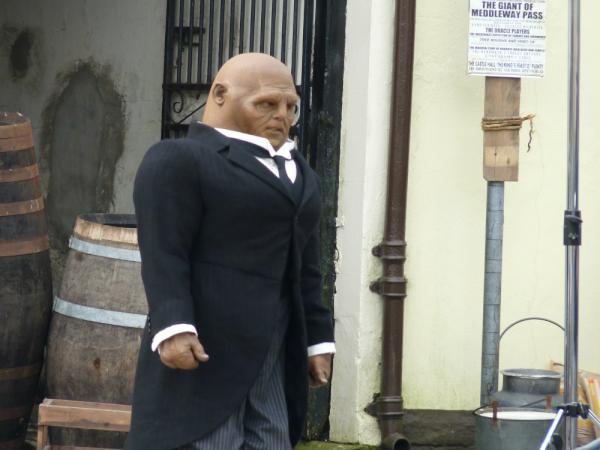 I get the impression that the brits are more enthusiastic about being Safe Beneath The Watchful Eyes; but, operationally speaking, these 'ASBO’s seem to be a flavor of probation terms/the fine print governing what keeps a suspended sentence suspended.

He wouldn’t be in court over ‘racist abuse’ stateside; but “dozens of previous convictions for offences including drug and firearm possession and common assault” would probably get you some flavor of suspended sentence and/or probation that would make attacking a newsagent with a display of sweets legally problematic above and beyond the norm.

(Please note, this is not a defense of ASBOs in general; or of parole conditions in the US, some of which are seriously at odds with any objectives of rehabilitation; merely pointing out that while “Anti-Social Behavior Order” sounds super Orwellian in a way that “out on parole” doesn’t, somebody with a list of priors like this in the US would likely have a parole officer breathing down their neck and a not terribly dissimilar level of restriction on their activities. We probably would have whacked him harder for some of the crimes; while not charging him for the ‘racist abuse’; but this guy’s combination of poor taste and low-grade criminality wouldn’t fly in Eagle Land either, though for slightly different reasons.)

Sadly, someone filed a complaint and Lynch is being investigated over her remarks

Next time just stick to the Pee-Wee strategy.

I’m not a fan of ASBOs, but he does have a history of serious crime.

Hennigan, from Harlow, Essex, has dozens of previous convictions for offences including drug and firearm possession and common assault.

I don’t want to be part of a “free” society where people are free to non-consensually beat the crap out of other people. Note that common assault is sometimes a case of Actual Bodily Harm that the Crown Prosecution Service feel cannot be proven beyond reasonable doubt.

Something tells me he doesn’t have much respect for the idea of a free society himself.

He reportedly shouted “Sieg Heil” and banged the glass panel of the dock as he was jailed for 18 months.

Hennigan was in breach of an Asbo imposed in 2005 when a swastika was discovered daubed on the front door of his council house.

A council house is rented, and therefore isn’t his property. I don’t see any council or housing association agreeing to that particular modification.

Sorry, I don’t want to live in a county where you can go to jail merely for the crime of being a really, really shitty human being.

merely for the crime of being a really, really shitty human being.

Well, that depends upon one’s definition of “really, really shitty.” Could be that most misdemeanors fall short of the “really shitty” threshold. Maybe only violent crimes and white-collar fraud that affects the financial well-being of more than three (3) persons meet that standard.

Petty theft might just be your ordinary level of shitty.

a county where you can go to jail merely for the crime of being a really, really shitty human being.

Doesn’t that apply to all countries?

In the UK, he gets jailed for a few months for a probation-like public order violation after years of thuggish behavior that includes several physical assaults.

I don’t want to live in a county where you can go to jail merely for the crime of being a really, really shitty human being.

But I’m tired of really, really shitty human beings. They’ve done me enough damage. There are too damn many of them!

We have these little St George flags you can clip onto the top of your car instead. And almost every newspaper still extant.

We might if so many members of said society weren’t utter cunts, anyway.

What about physically attacking people? Because he did that too.