Didn’t you know that Dihydrogen Monoxide is deadly? 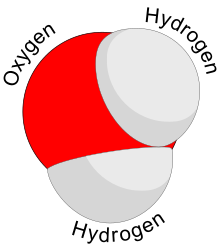 The dihydrogen monoxide parody involves calling water by an unfamiliar chemical name, most often "dihydrogen monoxide" (DHMO), and listing some of water's properties in a particularly alarming manner, such as accelerating corrosion (rust) and causing suffocation (drowning). The parody often calls for dihydrogen monoxide to be banned, regulated, or labeled as dangerous. It plays into chemophobia and demonstrates how a lack of scientific literacy and an exaggerated analysis can lead to misplaced ...

A complicated name for H2O, no?

I get that too much of anything is bad for you, I just figured after a certain amount of water you simply wouldn’t be able to drink anymore due to being full. Oversimplistic on my part, I’m aware.

Nice response you have there. Shame if someone were to respond to it.

Nice response you have there…