I once looked at an apartment at the shore. Basement in-law spot with big sliding glass doors that looked out on a stoney beach with the sea only 100 yds away at high tide. Real picturesque but nope. I’ve seen storm surges around here. I moved elsewhere.

This is in Michigan, our house is 3 houses of the lake on a canal.

These photos are about 24 hours apart. The wind is blowing just as hard as it was 24 hours ago but the lake still managed to freeze overnight. Lived on the lake my entire life and it never ceases to amaze me.

I bundled up with a face mask and every piece of winter clothing I own and the 200 foot walk was still brutal, I can’t imagine anyone being out in this for more than a few minutes.

Mother Nature sure can be angry some days. 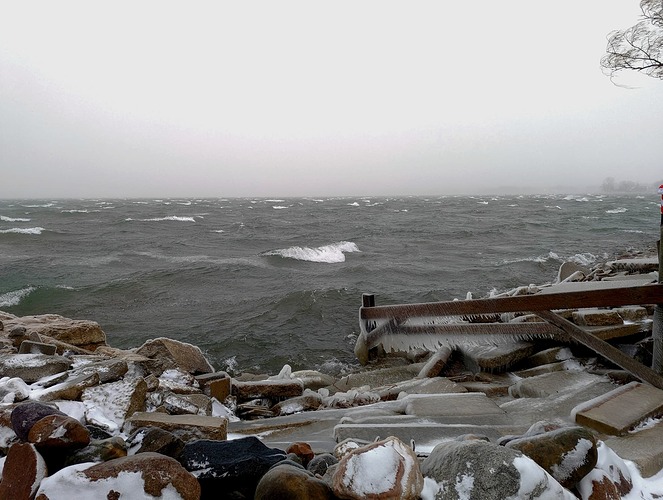 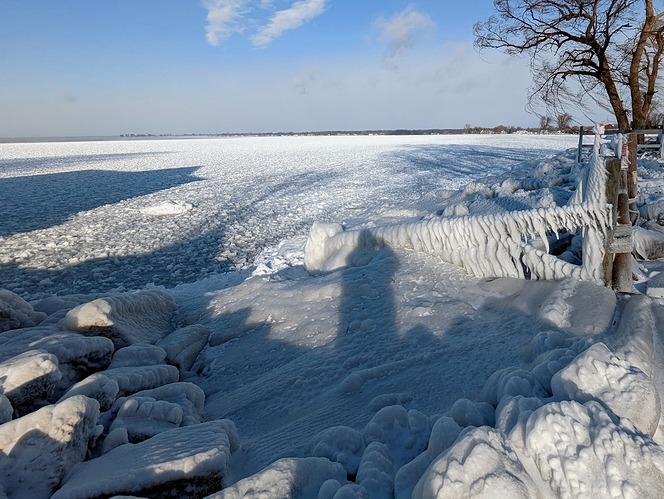 “Sunsets” On the Atlantic coast?
I had a friend once tell me a story about how they drove from Seattle to the Pacific to watch the sunrise.

It took them a a bit re realize their mistake 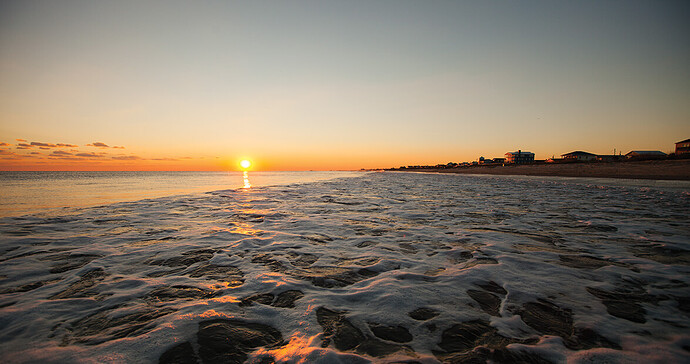 Does The Sun Set Over East Coast Beaches? | Our State

Those who don’t believe the sun can set over East Coast beaches are in for quite the surprise when they visit a few NC beaches in particular.

Have seen them in several East Coast states. 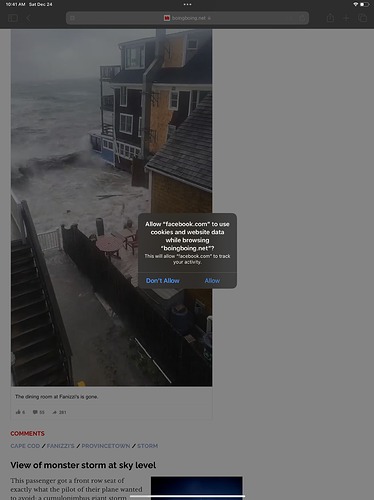 “Sunsets” On the Atlantic coast?

Provincetown is way out at the end of Cape Cod. Sunset is over Cape Cod Bay from there.

"Sunsets” On the Atlantic coast?
I had a friend once tell me a story about how they drove from Seattle to the Pacific to watch the sunrise.

It took them a a bit re realize their mistake

Car ferry to an island a couple miles away from me.

I can’t imagine being in my car on that ferry.

I remember a passage in Iain Banks’ “Canal Dreams”, which mentioned watching the sunset over the Atlantic and I still don’t understand it to this day. Even if there was some sort of loop in the Panama Canal, it wouldn’t affect where the sun comes up.
If anyone can explain that to me, I’d be grateful.

ETA: followed @snigs link above and think I get it. So many thanks to you.

Watching the sunset is a big deal in Key West, Florida. It’s not over the main body of the Atlantic, but rather over the Gulf of Mexico; still, that’s a part of the Atlantic.