Burden of proof and justification for rape accusations

P sure Andrew Tate is a comedian. 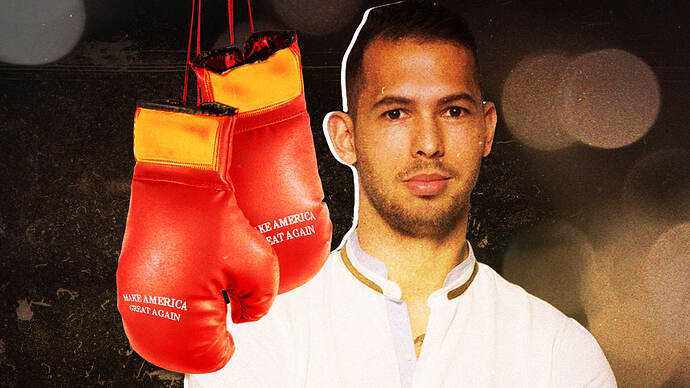 The raid was prompted by reports that an American woman had been abducted.

Where is the conviction? Where is the evidence? Calling someone a rapist used to be a pretty fucking serious accusation. I’m not trying to defend a “rapist” if that is what he is. In fact, I’m not really defending him at all. What I guess I’m defending now if anything is not accusing people willy nilly of whatever heinous crime you want because you don’t like them. That’s evil.

“Comedy” is not an excuse for being a misogynist.

Calling someone a rapist used to be a pretty fucking serious accusation.

Could you kindly point out where in the history books rape has been taken seriously as a crime? I mean, you can defintely find throughout history where accusing someone of rape has been considered a serious offense, but ironically not the opposite *gestures to mountains of untested rape kits*

it’s taken pretty seriously nowadays quite a lot of places, but agreed history is a very nasty place

it’s taken pretty seriously nowadays quite a lot of places

Where exactly? Not in congress, where someone credibly accused of sexual assault STILL made it to the highest court in the land, while the woman who bravely came forward had to literally hide in fear for her life.

i guess i’m speaking literally, not rhetorically… also I have another reply devoid of anything controversial that is for some reason “waiting approval from a moderator” - that over careful atmosphere is part of what is generating an appetite for ridiculous content like the kind Tate produces. Are we anywhere near tipping the scales of the insanity that history and many parts of the world today allow? No of course not - but that doesn’t change the fact that political correctness has become cloying in certain arenas. Of course it’s not balanced. History is a cesspool.

I don’t know how much more literally I can get with an example from recent history.

Men are STILL allowed to get away with a shit ton of sexual misconduct as “boys will be boys” where as we treat rape and other forms of sexual assault as a fucking joke.

I’m not really sure where you’re getting this idea that false rape allegations are somehow a bigger problem than rape and other forms of sexual abuse, but it’s really, really not.

I never said that.

Where are you getting the idea that I had that idea?

I’m not trying to defend a “rapist” if that is what he is. In fact, I’m not really defending him at all. What I guess I’m defending now if anything is not accusing people willy nilly of whatever heinous crime you want because you don’t like them.

There are lots of people I don’t like who I don’t accuse of being rapists.

Tate, however, has been credibly accused of rape and human trafficking and is currently under investigation for same. From the above article:

In a statement provided to The Daily Beast, Romania’s Directorate for Investigating Organized Crime and Terrorism said the raid on the Tates’ house was part of an investigation that began after a woman was reported to be held at the house against her will. As the probe continued, it escalated to include “crimes of human trafficking and rape.”

And in case you are preparing a “yeah but Romanian police are probably railroading the guy…” response, recall

In one video on his YouTube channel, Andrew Tate said “40 percent” of the reason he moved to Romania was because Romanian police were less likely to pursue sexual assault allegations.

So by his own admission the Romanian authorities are usually pretty lax about that sort of thing.

Shall we review the “Stanford Swimmer” case?

Brock Turner, whose six-month sentence for sexually assaulting an unconscious woman at Stanford University sparked national outcry, has been released from jail after serving half his term.

Ok. I don’t know enough about the case to say anything further that could possibly be construed as defending Andrew Tate. Maybe he is a rapist, maybe he isn’t - that’s for a court of law to decide, not the court of public opinion - that’s all I’m saying. I don’t want to end up sounding like I’m defending this guy if he is guilty of this stuff.

Also I acknowledge that rape is still not prosecuted fairly in many places in many parts of the world. And that when you look at history it is a literal horror show. I never intended to say anything counter to that and I’m not sure how it got painted that I was.

The target of the video in question. Someone making the excuse that they are making jokes when they are saying shitty things about others doesn’t cut it.

And the article that @WHY_NOT posted in response seems pretty damning.

So, once again, making shitty jokes at the expense of others doesn’t excuse being shitty. Full stop.

I don’t want to end up sounding like I’m defending this guy if he is guilty of this stuff.

Then don’t. Do you think he cares, as long as he’s getting paid?

I acknowledge that rape is still not prosecuted fairly in many places in many parts of the world.

In nearly every place on this stupid planet… even the most “enlightened” ones don’t quite get it right. Some places are much better than others, but these retrograde attitudes impact every single woman (and all men, too, for that matter) on this planet. I’m really getting tired of being gaslit over this kind of stuff. I know my experiences and the experiences of every other woman I know are valid and we’re sick of being told that the comfort of men matter more.

Maybe he is a rapist, maybe he isn’t - that’s for a court of law to decide, not the court of public opinion - that’s all I’m saying.

As an individual citizen rather than a court of law I am perfectly within my rights to express the opinion that someone is a criminal even in the absence of a conviction. For example, I personally think O.J. Simpson and George Zimmerman are murderers despite their acquittals and I also believe that Jeffrey Epstein was a rapist despite the fact that he was never convicted of rape.

Fair enough… 100% … once again, all I am saying is when someone is involved in the business he is and when he literally goes out of his way to make himself hateable - it is conceivable that he could be falsely accused and assumed to be doing something he is not. He’s made himself a villainous caricature - so it wouldn’t be hard for someone to use this to try to take him down. That’s why we have courts - I know courts are still very fallible and make terrible judgement, but we are working toward this ideal of a fair trial.

Yes I agree - but I guess where things get squirrely (sp?) is when someone has a very large platform says someone IS something without a conviction. Not “I think they are” or “I think they might be” but “They are” That’s why there are libel and slander laws.

I also personally think you are right about the examples you gave.