I didn’t realize he was there and while it’s not quite as remote as space it does give us an opportunity to try and pull the old stunt of burying the Statue of Liberty up to her chest and everyone putting on ape masks.

From what I’ve read about Antarctica, I wonder which he found to be more alien a landscape - the pole or the moon?

Did they run out’a weed again?

This reinforces my impression that he is a total badass

No, some thing came up. 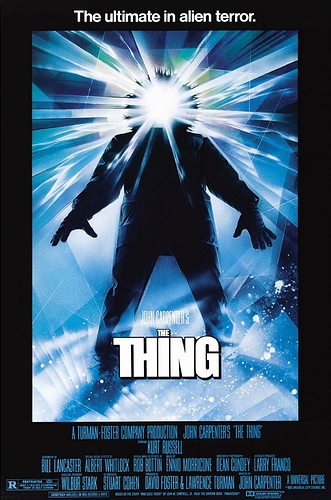 I hope to be still walking at that age, let alone exploring Antarctica.

Can we please stop astronaut shaming?

I hope it is nothing serious. I have met him a couple of times, and really admire him.

Here’s hoping it’s nothing major, and that they were just being cautious with an American hero. He’s one of two astronauts I’ve had the pleasure of meeting in person, the other being Alan Shepard, a childhood hero of mine.

Sounds like something out of a fantasy novel. I may use that in my upcoming D&D campaign

Please 2016, can you leave at least some of our heroes alone?

I wouldn’t (hopefully) read too much into this. A friend of mine works for a company that specializes in ‘adventure travel’ for the retired/elderly, and their trip to Antarctica is one of their more popular. People get sent home when ill all the time on trips like this, especially one where there isn’t terrific medical care immediately nearby. Hoping for the best for Mr Aldrin.

Several of my coworkers travel there to work on telescopes at the South Pole. One of them was evacuated to be with his wife, who was having a baby that didn’t wait for his project to finish. The C-130 pilots refused to fly due to weather, so eventually a balls-to-the-wall DC3 pilot got him out of there.

Totally! When Norm Chan and Joey Fameli of Tested related that all of Col. Chris Hadfield’s “Generator” Alaskan walks were on the difficult level and having seen various documentaries about the arctic, to hear that Aldrin was even in such an environment, while it didn’t surprise me, just speaks of his living life to its fullest.

i’m sure “condition deteriorated” are two words you never want to see on a medical statement about yourself.

Anyone else read “magically evacuated” as they scrolled by? 'Cause that was a whole 'nother better story. With portals. And a moon wizard.

Shaming? Buzz Aldrin is seriously one of the most awesome human beings alive!

I need a permanent sarcasm tag.