If kids are smart enough to sneak past security and pull off this stunt, why aren’t they smart enough to figure out it’s a good way to get yourself killed, and even if you survive you aren’t getting away undetected once the plane lands?

How did the kid get on to the tarmac and approach the plane without being observed? How exactly did he survive FL38 and sub-zero temps for all those hours? Where was the security theater? This story is incomplete to say the least. 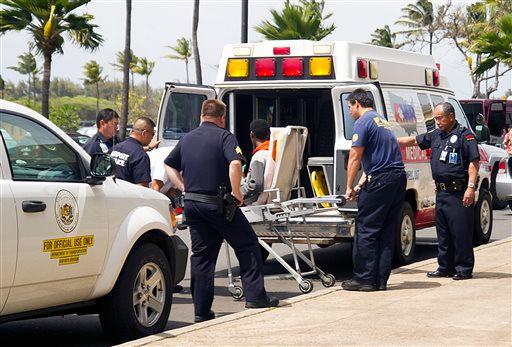 Where was the security theater? >

Busy confiscating nail clippers, and baby formula, and shaming anyone who asks to opt out of the rapiscans of course.

Pay no attention to the man behind the curtain!

Thanks. But doesn’t answer my questions. No oxygen and sub-zero temps, for hours. How?

Wow. According to the article he was unconscious for most of the flight, which is not surprising. What IS surprising is that he was found to be unharmed. My conjecture is that this is something similar to when people “drown” in very cold waters and are able to be revived after relatively long periods underwater. The temperature at that altitude is about 50 degrees below zero.

Also, according to the Google Books scan of “Jar Private Pilot Studies” by Phil Croucher and Staff the partial pressure of oxygen is low enough at 22,000 feet to cause death.

Here is another similar story from 2000:

Stowaway Recovering From Ordeal at 38,000 Feet

A stowaway who survived a freezing, 7 1/2-hour flight in the wheel well of a jetliner traveling to Los Angeles from French Polynesia was recovering from his ordeal, authorities said Friday.Doctors...

Survival of this practice, however, is not the norm.

Little oxygen and sub zero temperatures. My guess is he was in a near death state, low metabolic function, and lucky to be young. I’ll defer to a medical professional though.
… Headcode must have been posting at the same time I was. That is very similar to the line of thinking I was following.

The assumption that you have to be smart to sneak past security and pull off this stunt may not exactly be well founded. Doesn’t speak well for airplane security etc…

I’m not sure that follows. If you manage to sneak past security to get on, presumably you have a similar chance to sneak back out.

surviving the trip halfway across the Pacific Ocean unharmed despite frigid temperatures at 38,000 feet and a lack of oxygen,

And he surmounted the relatively instantaneous introduction of super-low atmospheric pressure: that alone is enough to cause fatal HAPE or HACE in climbers who have acclimated for weeks at altitude to avoid it.

If he survives his adolescence and the TSA, this kid was born to summit the great peaks.

Thanks petzl. I was referring to Jake0748 saying " No oxygen and sub-zero temps" I’m glad we are both in agreement on what a "Lack " is though. OT nice carabiner. I prefer screw locks for belaying…

According to this article about a body found on a West London street last year and believed to have fallen from a BA plane from Angola landing at Heathrow, these events are rare but not vanishingly rare (another body had been found in the wheel well of a plane at Heathrow two weeks before). Amazingly enough, though, it says that according to the FAA maybe in up to as many as one in four cases the stowaway survives.

Where was the security theater?

Wait til they start prosecuting him.

Thinking back to my own teen years, outmaneuvering adults and being intelligent are two completely different things.

Wait till they start prosecuting him

Interestingly enough, the authorities seem to be rather sane on the issue and have indicated that he will not be charged:

The boy will not be charged and was referred to child protective services, Simon said.

While I’m happy that sanity seems to have prevailed, the immediate thing that jumps to mind is that the kid must have looked “American” (for some definition of American). I can only imagine what would have happened if had a vaguely foreign sounding name.

Seems to be working as intended. Ms. Natural Selection noticed that his judgment was not so great, but on further evaluation he was at least a fine physical specimen, so she threw him back in the gene pool…

The article I read about this said that the equipment in the wheel well can keep it much warmer than ambient and that slow altitude increase can help the body adjust to the lower oxygen. That improves the odds of survival from one in a bajillion to one in a gazillion.