According to the Guardian, Warren wouldn’t say no to a VP nod!

In an interview on MSNBC, Warren was asked by Rachel Maddow: “If you
were asked to be Secretary Clinton’s running mate, do you believe you
could do it?”

Her response was concise: “Yes, I do.”
In another interview with the Boston Globe
on Thursday, Warren endorsed Clinton as the party’s presidential
nominee, saying: “I’m ready to jump in this fight and make sure that
Hillary Clinton is the next president of the United States and be sure
that Donald Trump gets nowhere near the White House.”
According to the Globe she also praised Clinton’s primary opponent,
Bernie Sanders, saying that he had run an “incredible campaign”.

Clinton needs to win over Sanders supporters. She has a few ways to do that that are markedly better than just saying - Trump, he’s crazy, so you have to vote for me. The platform (which hopefully Sanders’ appointees will have some influence over, although I am not holding my breath), what she says during the campaign, and her choice of running mate.

As mentioned elsewhere, I don’t see a better option. I can’t imagine Sanders doing it - and he will be going back to the Senate with a lot more visibility and influence than he had in the past, so he can achieve a lot there, hopefully.

Yes, you’d lose her in the Senate, and you’d have a GOP-appointed replacement for a few months, but I’d expect Mass. voters to replace her with someone similar. She’s not been in the Senate long and will never get too much power there because of that and her age. She can be visible as VP and she’ll have a platform. She’s already been auditioning for the attack dog role in the way she’s been handling Trump recently. Plus, a two-woman ticket is an awesome idea.

She can’t really wait until 2024 for a chance to run for national office, and while she did we’d be stuck with someone less good in the role. I wish she’d ran against Clinton, but she didn’t. Is there someone better to have a heartbeat away from the Presidency?

I didn’t want Clinton, I still don’t want Clinton. But there isn’t any other option now, is there? Personally, I’ll be supporting Jill Stein as a left-wing candidate, and down-ticket progressive Democratic candidates, but if push came to shove and I lived in a swing state, I’d have to side with Clinton over the unthinkable alternative.

There are a number of them she has absolutely no hope of winning over. I am acquainted with a fair number of American conservatives. Surprisingly enough, most of them are willing to vote for Sanders because they can’t abide Trump (and they respect Bernie’s probity), but they will hold their noses and vote for Trump if it comes to a choice between him and HRC. I’d also be surprised if a fair number of Sanders supporters on the Left don’t end up voting third party.

Yes, you’d lose her in the Senate, and you’d have a GOP-appointed replacement for a few months, but I’d expect Mass. voters to replace her with someone similar.

She doesn’t actually have to resign her Senate seat until/unless she wins the VP spot.

I’m assuming here that a Clinton/Warren ticket would win. If Trump wins (and assuming idiot Brits don’t ruin it for me in a couple of weeks), I’d seriously consider the option of moving to Europe.

I’m assuming here that a Clinton/Warren ticket would win.

Me too. I think it’d light the skies on fire with hatred from the right, however.

If Trump wins Ireland is my #1.

Surprisingly enough, most of them are willing to vote for Sanders because they can’t abide Trump (and they respect Bernie’s probity), but they will hold their noses and vote for Trump if it comes to a choice between him and HRC

and that’s right now, while people are still (understandably) upset about Sanders losing to Clinton. 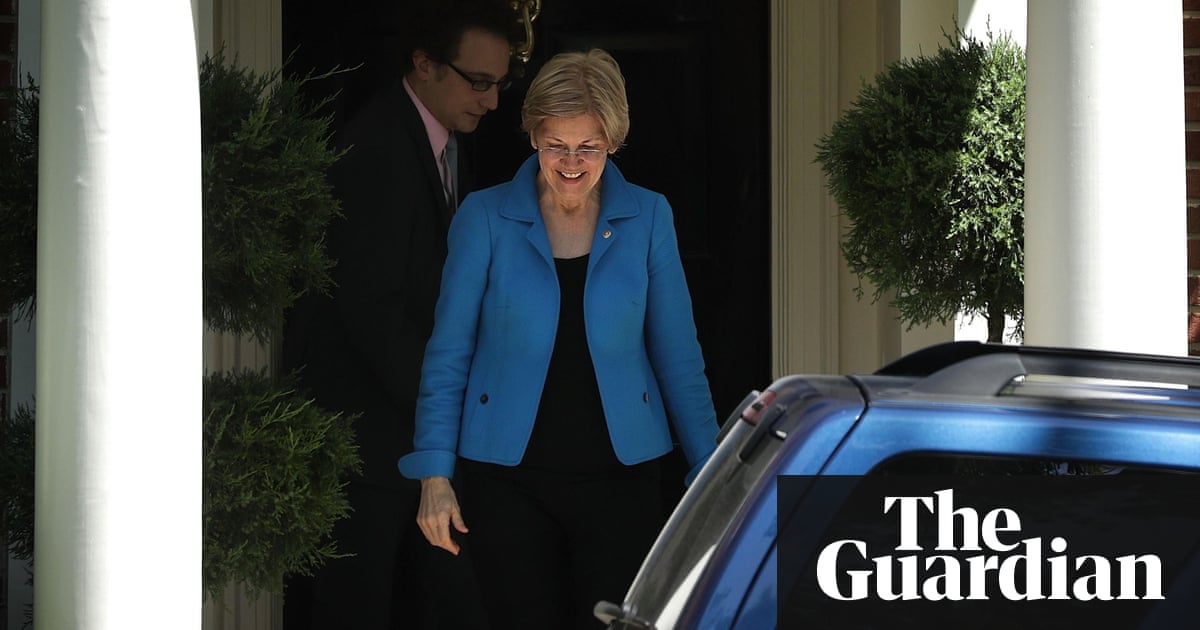 The people I was talking about are conservatives, i.e., Republicans. I don’t think the Guardian poll counts them as Sanders supporters, but, given the current slate of candidates, they are quite willing to break affiliation pretty much for ABC (anyone but Clinton).

As much as I hate to lose Warren here (I live in MA), I’d be ok with this-

Mostly because it’s set her up for a run with Cory Booker in the future. Please.

Edit because I hate my phone.

Cory Booker in the future. Please.

Why? I’m not overly familiar with the guy but from reading about him since I’ve seen him mentioned as a possible VP pick he looks very centrist. Willing to be convinced otherwise…

He seems a very, very decent man.
Once fought off his security detail to literally run into a burning house to save a guy.

Want to get to know him? Check his Twitter feed.

I’m not entirely convinced she’s stating that she would accept a VP nomination, just that she could do the work (which is true, obviously). But it’s a lot more carefully stated than her emphatic NO to running for president, so I’m willing to remain hopeful. Not sure if this would give her greater ability to do the work she’s good at, but if it makes a difference with regard to winning against Trump in the general election then I’d say: a girl’s gotta do what a girl’s gotta do.

I don’t automatically assume that the best position is the presidency. I’m pretty certain that’s been her stance up to this point, too. But maybe she’s been convinced by all she’s witnessed since going to Capital Hill.

That’s a VP pick I’d like to see, but as far as odds go I doubt Hillary or her political strategists are going to bet that American voters are going to get over their sexism fast enough to put two women on the same ticket.

It’s not going to happen. Why would Warren want to spend 8 years in a virtually powerless job, instead of doing what she’s doing right now?

Yeah there’s 0% chance they will run an all-woman ticket. Having a female president is controversial enough (in old cranky man voter quarters, which I believe makes up a significant percentage of the electorate.)

get over their sexism fast enough to put two women on the same ticket.

So, who instead - random old white guy (Kaine, I think the name that gets mentioned is? O’Malley)? Clinton/Clinton?

Why would Warren want to spend 8 years in a virtually powerless job, instead of doing what she’s doing right now?

So why didn’t she say she wasn’t interested like she did when she was asked about the Presidency?

If Trump wins Ireland is my #1.

What if Trump wins and Brexit happens? I’d better renew my passport now just in case.

No, I don’t think this is true. Choosing a female VP feels like “closing the ranks”, e.g. making an extra strong point about female candidates. (Not saying intentionally, but the message is there.) Whereas VPs are usually chosen to broaden appeal, not narrow it, yes?

I’m willing to say I think it’s extremely unlikely a female VP would be put on the ticket at this point.

What if Trump wins and Brexit happens?

Might as well be in Israel for the apocalypse.

Whereas VPs are usually chosen to broaden appeal, not narrow it, yes?

I think the most likely reason that Clinton wouldn’t pick Warren is that it’s something I’d like her to do.