It helps that Canada hasn’t had any IP worth protecting since Anne of Green Gables. (I kid I kid)

I guess according to Prof. Stephen Cohen the US will have to invade Canada now. 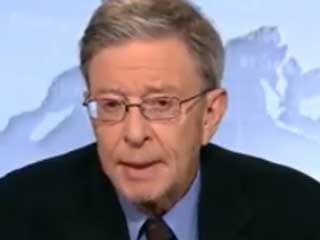 Stephen Cohen: Putin Didn't Create Crisis, "Had No Choice But To React"

Stephen Cohen, a professor at NYU and Princeton, discusses his cover story in this week's The Nation magazine arguing that Putin is not the neo-imperialist thug he is accused of being,Â

Wait, what? We did something right? But Overlord Harper has been working so hard on recreating the Republican American Dream up here.

Very telling is that the US is now ahead of us in fixing the war on drugs.

[quote=NDP trade critic Don Davies] “Are they going to go just to shake hands, have a photo-op and sign an agreement-in-principle without the actual details or text to be released?”

Davies assailed the government for a total lack of transparency, and questioned whether the deal would be able to protect jobs in Canada’s auto sector.

“In trade deals, it’s details that matter,” he said.

Prime Minister Stephen Harper left Sunday for South Korea, where he is widely expected to complete another long round of ‘secretive’ free-trade negotiations

In Up Coming Events, Haprer’s government guts the Ministry of Environment.