Canada's best weapon in a US trade-war: invalidating US pharma patents

If Canada were to invalidate pattents, they would face sanctions form all WTO member states. You want to talk ‘dealing in bad faith’, that’s a great way to do it.

That said, there’s some issues with things people have said about this proposed pattent invalidation helping the Canadian pharma industry. They could, by all mean, produce all the drugs they want for domestic consumption. But, the minute they export them, they’ll be in violation of those pattents in the importing country–which did not invalidate the pattents.

And, if Canada ever wants to normalize relations with the USA–say once they elect a sane leader–this is a one way poison pill to any productive future relationship. You can’t put that genie back into the bottle.

This proposal is like saying the solution to one side being a jerk is for the other side to be a bigger jerk. Yeah, it might make you feel good, but it’s not going to solve the issue.

But, the minute they export them, they’ll be in violation of those pattents in the importing country–which did not invalidate the pattents.

Who said anything about exports? There is a very long, very open border. And the US would be building a wall not to keep people out, but to try and keep their own citizens in. Kinda like the Berlin Wall, really.

Last time around American seniors did in fact organize bus trips to Canada to buy meds. And seniors are highly motivated voters, with a strong Republican bias.

And of course there are exports, and then there are “exports.” I’m sure some Americans with surnames ending in vowels would be happy to lend their expertise in transporting pharmaceuticals across US borders.

This is diabolial. Evil. I love it.

On the other hand, sooner or later Trump is going to break America’s membership in the WTO.

This is why the threat is so effective. Trashing NAFTA is part of a larger programme of the protectionists’ and isolationists’ goal of disengaging the U.S. from the multilateral arrangements that form the international order in the West and the Pacific – forget making a break with the WTO, he’s talking about making a break with NATO.

Say what you will about big pharma executives and institutional shareholders, but they’re serious people who understand Masha Gessen’s Rule #1 for surviving an autocracy: “Believe the Autocrat”. Since Congress isn’t yet a rubber stamp they still have some room to throw their lobbying weight around and ensure that threat doesn’t turn into action that would start a death spiral for the international IP framework that makes them so profitable.

Meanwhile, some of his Real American™ followers are waking up to the damage Il Douche is doing to them, too. 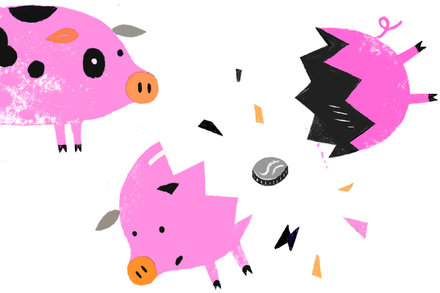 Local newspapers across the heartland are full of tales of how his trade war has cost jobs and income.

It might invite retaliation, but what did Canada do to invite tariffs in the first place? You;'re dealing with a dumb, dangerous dipshit who is detached from reality. You can’t win by being nice to him.

Which isn’t to say a trade war with the U.S. won’t hurt, it definitely will, but it is eminently more survivable than a generation ago and we won’t be alone.

If it was limited to trade, then you might be right. But there’s a lot of room between imposing tariffs and outright war.

For one, we’d collapse almost instantly if the American government seized or froze all Canadian assets, prevented any access to their bank system, and prevented any American companies from doing business in Canada. Say, treat us economically the same way as Iran or Syria.

Would it be fantastically costly for Americans? Yes, but one, the pain would be more concentrated in non-Trump country, and we’re at a place were there’s substantial support for cutting off your own arm if it means cutting off two from your “enemy”.

But Gracchus is correct (as usual). Threatening (or even bringing it to mind) the possibility is probably the best use of the tactic. 80% of the results, and none of the messiness.

You can’t win by being nice to him.

In a world where someone like Trump holds the biggest arsenal, you don’t fight for justice, you negotiate for survival.

In other words, you push back - but not too far.

And you count the days… Bad as Trump is, he too will pass.

All we have to do is still be alive when he goes.

This article is pretty dumb on many levels. First of all, this would invalidate their membership to the Paris convention for patent rights, so they’d need to pull out of that first. Then, even if they get away with that, the US pharma companies would be capable of invalidating all other patents of drugs in the same classes of patents invalidated (zero sum game there). Lastly, when there are no rights, those companies will pull their drugs from that market, or at least stop bringing new ones to that market, as they will not be able to do so without competition which will result in less pharmaceutical innovation. Canada would effectively shoot themselves in the foot if they tried something this dumb. They really don’t have the power the US does.

I also guess I should mention I am familiar with both US and Canadian patent law and know first hand that countries like Ecuador, with less patent protection for drugs due to socialized medicine, see less of these drugs brought to their markets and typically companies which manufacture these drugs under a license are contractually prohibited from selling them to countries where they have no patent rights. Violating said contract can lead to repurcussions beyond just termination of contract.

And, if Canada ever wants to normalize relations with the USA–say once they elect a sane leader–this is a one way poison pill to any productive future relationship. You can’t put that genie back into the bottle.

True … except for all the ways you’re wrong. They already put that genie in the bottle with NAFTA. There is no reason it can’t be stuffed back in there a second time.

This proposal is like saying the solution to one side being a jerk is for the other side to be a bigger jerk. Yeah, it might make you feel good, but it’s not going to solve the issue.

Um, yeah. That’s why everyone - except the orange turd and his enablers - have been pointing out that trade wars are a lose-lose proposition.

One of my all time favorite Far Sides. Of course the original being Free Fud. Trump is an idiot and causing a lot of unnecessary problems, I’m all for Canada to fight back by any means necessary.

The US has blown off whatever goodwill and pull it has internationally. I’m not sure they would side with us on virtually anything.

Not sure where Canada is getting most of it’s corn for ethanol but, it could stop or delay it’s ethanol plans for gas if the lion’s share of corn is coming from the US. Or just switch suppliers. Right now the US oil industry is pressuring Pruitt to keep ethanol mix ratios low putting pressure on US corn producers. Pruitt could very well do away the mixture all together but, trump knows that the backlash would be bad for business. Canada could tip the scales here.

And Mexico already has their finger on the corn trigger…

Absolutely nothing. In fact, we’re the one’s that have a trade surplus with Canada, not the other way around. I’m sure it shocks everyone that Trump lied, again. Face it, he definitely has Narcissistic Personality Disorder so everything is about him. However, he’s also a pathological liar with sociopathic tendencies so he’s unstable, has to make everything about him, doesn’t care who he hurts along the way, and he gets some sort of perverse pleasure out of inflicting harm on others (especially people of color since he’s a screaming racist), but most of all while he’s doing all of this, jumping back to the narcissism, he think he’s the most brilliant person to ever exist on the planet when in reality he’s dumb as a rock.

They will never worry that much about illegal Canadians, for simple melanin-related reasons.

This. It’s almost like the world’s greatest business cheeto has no idea how international economics actually works.

The US doesn’t have to pay Canadian actors royalties anymore.

The system breaks down if you start undoing treaties.

Less of which drugs brought to their market? Reformulations of existing drugs just to extend patent protection and increase the prices? Many drugs brought to market are only done for the benefit of the drug company and nothing to do with improved health care.

I don’t see how this works.
One cannot instantly start producing a drug. I think it takes quite a long time. More than a year, usually. And doing so under these circumstances would be filled with unusual risk.

So it would create a big mess, but in the short run Canada would still have to buy the same drugs from the same companies producing them now.