As if we could win such a war. At any rate the old Free Trade Agreement that we had before NAFTA was only suspended and both parties agreed it would automatically come back into force if NAFTA was canceled.

I think you overestimate the resilience of the supply lines canada fuels: For instance, new york has at best a week’s supply of food for every citizen in their grocery stores.
Serious disruptions would mean serious drops in profitability and production.

Beyond that, most US corporations are locked into business here either through such things as natural resource extraction leases, or by virtue of canadians having loonies to spend.

There are also many other markets overseas that would love to get canadian goods at the US rate.

Don’t fuck with the Canada.

The Canadian government has been trying for decades to reduce our dependency on U.S. trade without making much progress. If the Americans do turn inward and reduce imports where do you think these new markets for Canadian goods are going to appear given every other country will be scrambling to replace lost trade? Better to see if we can adjust to a new political climate down there than provoke a response we cannot handle. 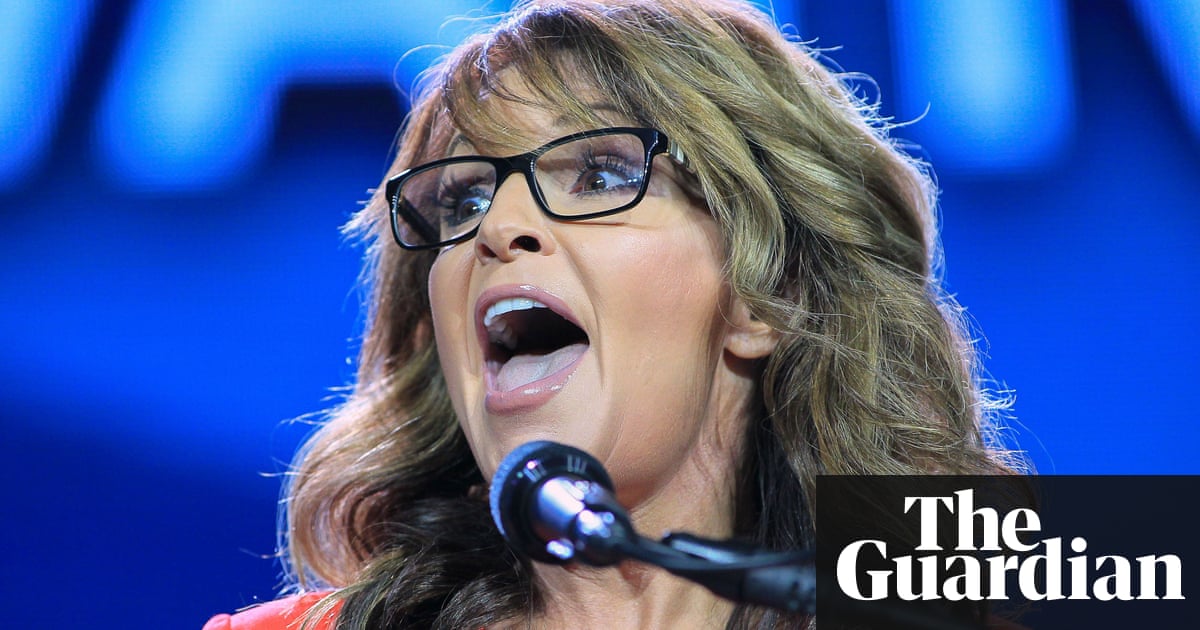 Sarah Palin touted as US ambassador to Canada? You betcha!

We are probably going to get a response we can’t handle anyway. Better to start planning now.

Well, we did send you guys Justin Bieber. Turnabout is fair play.

No we didn’t. They wanted him, they damaged him, and we don’t take returns on damaged goods.

We are the biggest trading partner of too many individual US states and they will be hurt in any major trade action. I’m rather sure there will be a bit of posturing, but for all intents and purposes, the status quo will remain largely untouched.

Canada, like American liberals and progressives, will be better off standing firm over the next four years. The fewer people on either side of the border who “adjust to the new political climate” (i.e. accord it the value of normalcy), the more likely it is that by the end of the period this awful new political climate will pass out of sight in the U.S.

Canada won’t be alone amongst nations in taking a hit from an administration that’s already signalled its intent to engage in brain-dead protectionism (and if anyone still thinks it’s just bluster and hyperbole, remember Gessen’s Rule #1: Believe the Autocrat).

We are the biggest trading partner of too many individual US states and they will be hurt in any major trade action.

They may just follow California’s lead in that regard, because he’s said he’s going to go after China, too. California will defy any protectionist measures to avoid getting hurt, setting an example for other states that deal mainly with other nations.

All that said, most of the GOP establishment is not on board with protectionism. They like neoliberal globalism as much as the establishment Dems do.

I am rather touched by your faith in that. By all means, hope for the best (which is what a bit of posturing would be), but plan for the worst.

This is a president who seems to genuinely believe that Canada was at one point part of the USA (possibly because Granddad ran a brothel in the Yukon - my, how the family has fallen from respectability!). I have faith that he will act arbitrarily.

Canada is nowhere near the only supplier of NYC (or the state in general). The worst that would happen is a moderate price hike.

He had another bit which I can’t quite recall in which he pointed out that a rather alarmingly large fraction of what the US considers its “domestic oil reserves” is sitting in Western Canada, which puts Canada in a rather strong negotiating position – but that was back before the oil sands took off, so perhaps things are different now.

It’s not a question of faith but of recognizing that self-interest will motivate many of those state governments to protect THEIR major markets, and for some of them that is Canada.

At any rate, if Trump really goes off the rails over trade the negative impacts to the global economy will be real and the Canadian government will be forced to do whatever it can to mitigate the damage. Given that, getting caught up in a trade war we cannot win would be an unwise path to take, regardless of the public’s silly desire to engage in one.

As if we could win such a war.

1.- You don’t have to beat them to win, just make it more trouble than its worth.
2.- In fact, you don’t need to beat the US, just pick a few key companies and put the squeeze on them,
3.- They’ll be fighting this “war” on every front, and especially with alienationg both Canada and Mexico, they’ll have physically isolated themselves.
4.- The whole plan rests on the idea that the US is the most powerful nation in the world, yet the D himself is weakening that power by pandering to his base who cannot understand that they are essentially pissing against the wind.

Yah, we can do without bananas for a while.

Not silly - it is, to be frank, coming from a better appreciation of the problem than what you’re offering here. I suspect we are going to be given two choices: bend over or bend over.

Trump is going to go isolationist - believe it. He can’t stay in NAFTA without alienating his base - the other partner is Mexico, remember. For the same reason, the rest of the Party are going to hold their noses, even though they like fancy free trade agreements. In such a case, the only renegotiation we’re going to be offered is going to be terms that we cannot live with, i.e., so advantageous to the Republican regime that we will be actively harmed by the deal.

so advantageous to the Republican regime that we will be actively harmed by the deal.

I agree that that’s what they’ll try to do, except the current deal is advantageous to them, the thing they’re fighting is the perception that the US is currently losing out. If this was true then they would actually NOT be in a position to renegotiate or withdraw from the treaty.
But I do share your pessimism that things aren’t going to be better if they pull away from NAFTA, at least not for a while.

You did beat us last time we had a war. But give us all the maple syrup and we’ll call it a draw and not make you do it again.