Canadians: tell your MP to change the law so Canada can welcome Trump-stranded refugees

The theory is just fine, because in theory the US would never turn away a refugee for a bad reason. If we turned you away, it must be you’re not really a refugee; you’re an economic migrant or a criminal fleeing justice or something. So other countries should trust our judgement and save their time.

President Trump has explicitly promised to break that faith with the international community. Maybe they should rescind our “safe country” status for a while, until the madness passes. How it hurts to write that.

Your might want to get advice from an immigration lawyer on this issue as I believe there may be some complexities inherent in this issue that have to be taken into consideration. For example, I have always seen the Safe Country Agreement as targeting those seeking asylum and not all refugees. So that if a person flew into the US, was evaluated and the asylum claim was not accepted and then that person tried to enter Canada, then the Agreement would allow Canada to refuse to even consider the asylum claim. If a person who had been vetted and accepted a a refugee by the US abroad from one of the 7 countries but is now blocked at the airport I don’t know how the Safe Country Agreement would apply. That person would have to then try to enter Canada and in all probability US officials would never allow that person to go anywhere other than back to where he/she came from.

The safe third country agreement simply states that a refugee must file a claim in the first safe country they arrive in (i.e. Canada or the US). So if a refugee wanted to file a claim in Canada, they could not arrive via the US. However, some people have entered Canada via the US with an eye to claiming refugee status in Canada.

Symbolically, Canada could remove the US designation as a safe third country, implicitly allowing refugees from the 7 countries affected by the ban to legally enter Canada via the US. This would include people currently in the US awaiting a decision on their refugee status who have been stranded by Trump’s executive order.

The existing law doesn’t exactly make Trudeau’s promise hollow, since new refugees from those 7 countries will not be permitted entry to the US in the first place. It’s not like they’ve been denied refugee status by the US, they just weren’t allowed to apply.

The existing law doesn’t exactly make Trudeau’s promise hollow, since new refugees from those 7 countries will not be permitted entry to the US in the first place. It’s not like they’ve been denied refugee status by the US, they just weren’t allowed to apply.

If there are already legal ways to accept the refugees, then there is no reason to change any regulation and upset the overly sensitive neghbour. Just smile, nod, and quietly do what is right.

Go ahead, aggravate him. I’d like to see Justin have a photo op at a border crossing with a red carpet and marching band.

Kate Beaton points out that as of yesterday, the Canadian Minister of Immigration, Hon. Ahmed Hussen, can no longer travel to the US, as he’s a dual Canadian-Somalian citizen.

I think it’s important to note that we’re in unknown territory here. For the last several decades, Canada has had a predictable neighbour that despite sometimes fiery rhetoric was more or less a democratic country. That doesn’t mean Canada was never forced to eat dirt, but we could usually make sovereign decisions on big issues (e.g. the Iraq War) and not expect outright retaliation. I don’t know how many Canadians feel that is possible now.

Repealing the agreement would mostly be symbolic - it would say that we don’t view the US as safe. Then again, the US is the ONLY place we currently recognize as safe, so… What it would mean is that refugees from outside those 7 countries could legally enter the US from Canada.

There was some concern about this initially, but there appears to be an exception for Canadians:

Canadian dual citizens can travel freely to the U.S. despite Trump travel ban

""Camielle Edwards, senior special assistant for Immigration, Refugees and Citizenship Canada, told CBC News, “We have no concerns about Minister Hussen’s ability to travel to the United States.”

Thank you, I hadn’t seen a follow up. Glad they’ve ironed that out.

the 90-day travel ban covers all people who have a nationality or dual nationality with Iraq, Syria, Sudan, Iran, Somalia, Libya, and Yemen — which would include tens of thousands of Canadians.

I believe that some of those countries automatically give citizenship to children of citizens born abroad. That issue came up when Harper wanted to yank Canadian citizenship from people born in Canada but with a dual-citizenship.

I’m glad that @doctorow brought this up, but I’m not entirely sure Canada is so safe any more. This just happened. 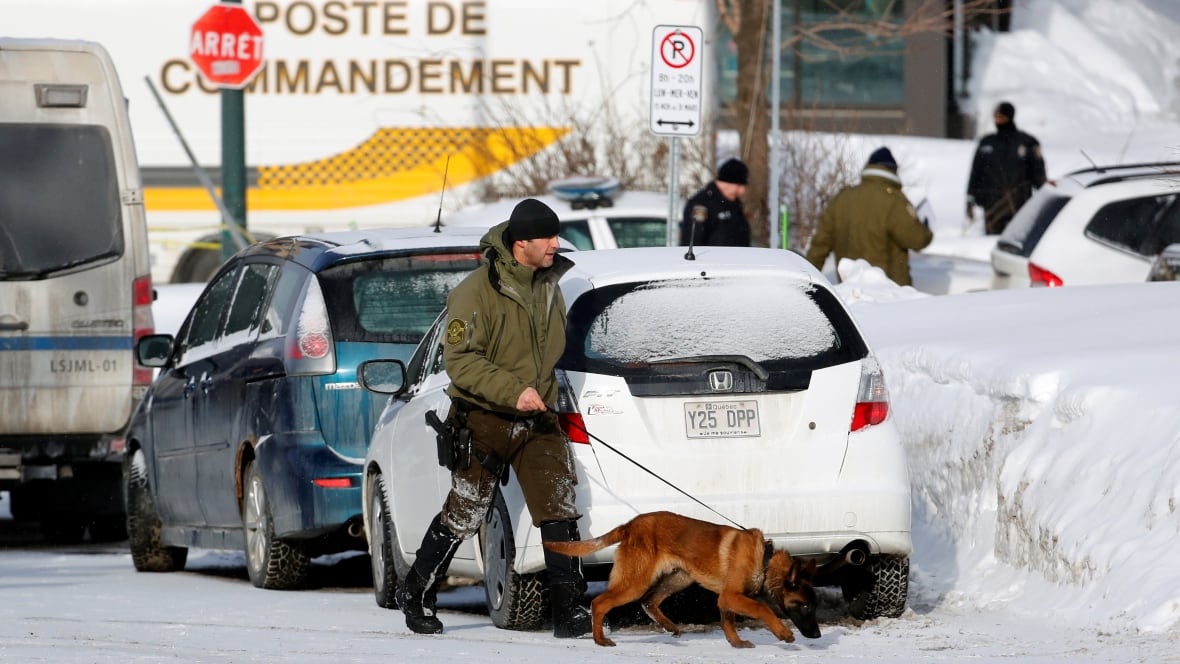 Quebec provincial police now say only one of the two men arrested Sunday night following the deadly shooting at a Quebec City mosque is a suspect. Alexandre Bissonnette, 27, has been charged with six counts of first-degree murder and five counts of...

I believe that Trudeau is honest with what he’s saying, but clearly, we still have work to do in Canada.

It is often useful to read laws/treaties that one is making a noise about:

It also helps to think about what kind of things make sense to put into international treaties.

It does not make sense for Canada to promise to the US that they would not accept certain refugees. It never made any sense. So, it’s unlikely that it is actually in the contract. Let’s see.

Notwithstanding any provision of this Agreement, either Party may at its own discretion examine any refugee status claim made to that Party where it determines that it is in its public interest to do so.

So, Canada may process asylum requests whenever they want to.

Article 4 is about refugees at land border ports of entry between Canada and the US. Refugees who enter the US, walk to Canada and ask for asylum at the border might have their asylum request processed in the US, or in Canada, depending on whether they are unaccompanied minors, or whether they have relatives in Canada. It’s all quite fascinating, and all quite irrelevant.

Article 5 is about persons being deported from either the US or Canada, who happen to transit through the other country while being deported. So if an Iranian comes to the US as a student, is deported by Trump, and then asks for asylum in Canada while transiting through Toronto, then the US is responsible for processing his request. Which means, Canada may deport him back to the US to have his application processed by the US. Not has to.
And if someone is being deported after having their asylum claim rejected, then he “shall be permitted onward movement to the country to which the person is being removed”. Permitted onward movement. Not forced to move on.

And as an estimated 99,999% of refugees from Syria are nowhere near the North American continent, it might be interesting to know that the treaty about asylum seekers that apply at a Canadian embassy overseas after having been rejected by an US embassy.

So, harmless treaty, no problem there.

I have to say, though, I’m thoroughly pleased with Trudeau’s handling of this so far. I think Canada ought to be focusing on helping people who are affected by Trump’s actions rather than symbolically resisting Trump’s actions. Our ability to affect Trump’s policy is basically zero, so I’d like to see us mitigating the damage and providing safety. Unfortunately, part of providing safety is being careful not to bruise Trump’s ego.

He has a fine line to tread, but I wonder if the trumpist attitude to other countries accepting refugees is “fill your boots.”

Then again, trumpists are always on the lookout for useful straw-men, and the entry of ne’er do wells from Canada to the US has been a thing in the past. It’s not hard to imagine Trump using this to foment anti-Canada sentiment and use it as a stick in future negotiations.