I am not sure, I can’t claim to be an expert in geopolitics myself

Surely Putin has been involved in some of the latest developments and scored a few points, some commentators even go as far to say Brexit has been an unmitigated victory 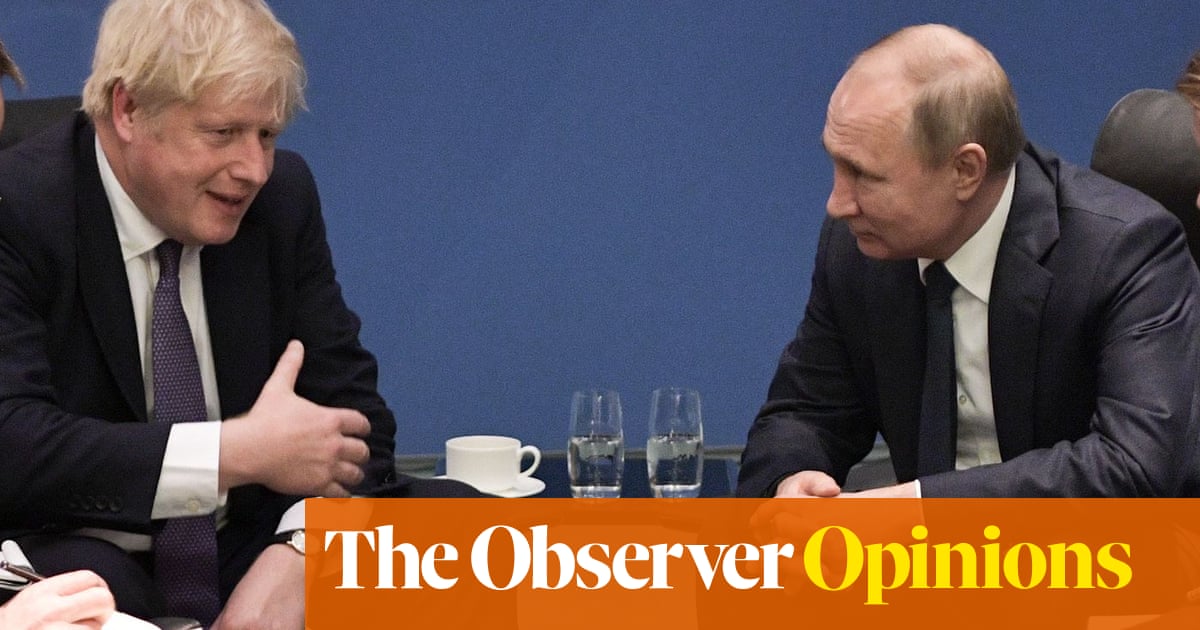 Putin is up to no good. But Johnson needs little help in creating chaos |...

But I think the problem is much deeper than that, I don’t buy the conspiracy theory of Putin being behind everything, having planned it beforehand and the west just being played.

I will admit that Putin is a clever man and ruthless enough to take any opportunity, even if by chance, to advance his agenda

Oh, Trump has supercharged it but this is something that started at the very latest with GWB and the insanely over the top 9/11 response. As you will remember Germany and France didn’t take part in the Iraq war because we didn’t believe the trumped up reasons for it. Obama slowed down the process but the revelations of Merkel’s phone being surveilled made a huge dent again. And then there was Trump and his open hostility towards the EU and to Germany specifically. Which is weird considering Deutsche Bank were the only ones naive enough to lend him money. Trump just told us that the US will never be able to be trusted to stick to international agreements. Even if the most cosmopolitan person is president in four years there might be a monster again and they might just withdraw from agreements others are working to implement in good faith.

How could he? She was clearly “strong and stable”

Yup! This is no Russian product. It is an all-american, made in the US product. That America is terrible in following treaties is nothing new, but after 9/11 many realist european leaders have been more and more frank about it. Obama manage to salvage the reputation of the US somewhat, a reputation that Trump has torpedoed very thouroughly. No matter who comes after, I doubt it will ever be the same as it was. In retrospect, the high point of american reputation must have been during FDR and Truman.

In retrospect, the high point of american reputation must have been during FDR and Truman.

There’s also an argument to be made for Reagan/Thatcher, though more between the two of them (and perhaps their governments) than in the populace?

As you will remember Germany and France didn’t take part in the Iraq war because we didn’t believe the trumped up reasons for it.

As I remember it, there was an election coming up and Chancellor Schröder didn’t want the body bags.

True, but still the right decision.

There’s a lot that can be said about Schröder but there truly wasn’t any appetite for war in any stratum of German society at the time and definitely not for one that was so transparently being pushed on falsified evidence.

The Republican Party is, and has been racist for a long time. In many ways they groomed and stoked the hatred and xenophobia we see today. It could be excused as pandering to racists for political expediency, or it could be that the whole damn party and its politicians are racist from the ground up. Trump is the flavour of the day, but the rot goes a lot deeper.

Well the Wall Street money wing of the party thought that they were pandering. Not that they aren’t racists, but they’re more polite, “I’m not sure we should let one into the country club,” racists, rather than “You’ve got to lynch a darkie every once in a while to keep the rest in line,” racists. But when you look into the void, the void looks back. And while their stoking and intensifying existing race based fear and anger may not have created a monster, they have enabled that monster to grow in size and power beyond their imagined ability to control it.

there truly wasn’t any appetite for war in any stratum of German society at the time and definitely not for one that was so transparently being pushed on falsified evidence.

I don’t think that if – then or now – you asked random people on the street in Germany whether Germany should get involved in wars in Asia you would find many people in favour. That hasn’t kept us from sending people to Afghanistan (and getting some of them back in body bags). The problem is that we want to remain credible as members of NATO as well as other multinational institutions and agreements and among other things that means sending soldiers abroad every so often (even if, when we do, we try to keep them out of the actual line of fire as much as we possibly can).

The good thing for Schröder at the time was that the Iraq war wasn’t a NATO or UN thing. Instead it was basically George W Bush’s pet project, so it was way easier to stay out of for whatever reason. But if there hadn’t been a federal election coming up there would have been a strong temptation to go along, if only to build up some military street cred on the international stage. After all that’s what Tony Blair did, and Schröder’s basic MO was to out-Blair Blair whenever possible.

One wonders why none of the president’s ex-men bothered to do anything about their revelation that Trump is unfit for office,

IMO, they are trying to minimize his impact within and limit the damage.

The problem is - we have never removed a sitting president for incompetence. Even Andrew Johnson wasn’t removed from office. With McConnell and the rest of the Republican Senate in lock-step, they knew there was no way he was going to be removed from office. Incompetence and out of his depths aren’t necessarily impeachable offenses. Leaks and bad mouthing within would be countered by “the deep state is against him” and those people removed from their positions.

I do think going public with this earlier would mean that the rest of the world, with out a doubt, would see the US as super weak - harming us even further. Yes, yes, Putin already knows he’s a fool, but does everyone out there know to what extent?

Going public NOW? I think these stories combined with the Corona Virus policies shows how incompetent he is. Memories when voting are super short, and a flood of stories like this will hopefully make the far left hold their nose and vote for Biden, the far right stay home or write in the Ghost of Ronald Reagan, and the rest hopefully overcome apathy and vote him out.

Logically, we need to begin an investigation. Starting with Benghazi and then on to e-mail servers.

As I remember it, there was an election coming up and Chancellor Schröder didn’t want the body bags.

We really are led by selfish cowards and fools who are out for number one at the expense of everyone else.

We’ve all seen it. What is there really to discuss?

It boggles my mind that still so many on the right tell themselves these ever growing fibs to justify their support for him: the deep state, liberal media bias, hoaxes, Qanon, blah blah blah.

There is a remedy besides impeachment. Section 4 of the 25th Amendment:

Let’s be real - they aren’t going to use it. There would have to be bipartisan support.

The remedy is to vote him out in Nov.

“One wonders why none of the president’s ex-men bothered to do anything about their revelation that Trump is unfit for office, beyond cashing in with speaking engagements and books.”

For those not publishing, if they can prove they stayed loyal to this bozo while also having it leak that they think he’s a bozo, it may secure their future positions with people who believe they’re better than Trump and for whom “loyalty” is a priority.

this country are going to start seeing the whole Republican Party for the corrupt cesspool it truly is.

The good thing for Schröder at the time was that the Iraq war wasn’t a NATO or UN thing.

Yeah, but that does make a huge difference. And it is no accident that it wasn’t a NATO or UN thing.