Cat and horse are best friends, and like to snuggle

My sister’s horse was evil enough - I can’t imagine if it had 50% cat genes.

I have a feeling kitty knows what happens to old horses.

I will need a Barry White album, a dozen small candles, some lube and a stool.

In my capacity as Cat translator:

This is my horse. Mine. Also my camera. And my human. All mine. Aren’t they nice? They belong to me.

Cat gets to rub his scent glands on the horse (expanding his territory), in return the horse gets his itchy nostrils scritched.

It’s a long-known phenomenon, cats and horses get along. The first time I learned this was at the ‘Blue Bonnet’ racetrack in Montreal, decades ago.

As well, dalmatians tend to calm horses (because of the spots?), part of the reason the were used in fire brigades.

Yep. No cat does ANYTHING that is not politically motivated.

I’ve seen a lot of friendly cat and horse interaction at horse stables. Also sometimes dogs and horses, though that is much more specific to the individual animals

As far as crazy animal couples go, when I was a child our chinchilla once hopped on our friend’s dog’s back and just chilled out there for a moment. It helped that it was a very calm dog. 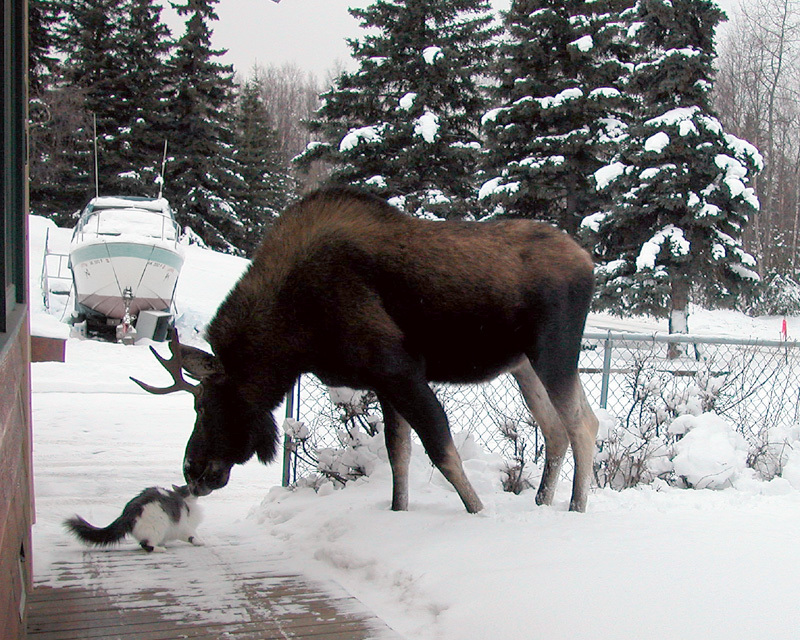 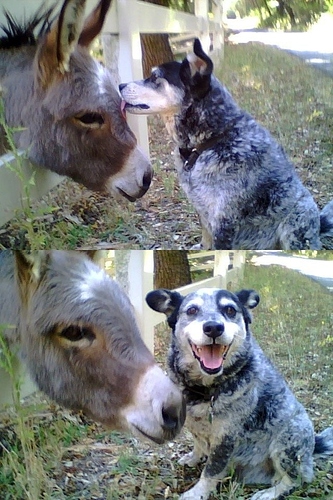 I wonder if that dog ever gets fed-up with kissing ass?