What the heck, let’s go with thermonuclear war this time! (funny 404)

Those kittens are all long dead, and any surviving dancers are senior citizens unable to perform those moves. 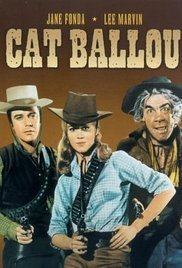 Let this serve as a joyful reminder that the 70’s were the years when “entertainment” could fill time with even the most idiotic, cringe-worthy crap by today’s noble standards.

I pretty sure that would be considered a form of animal cruelty by today’s standards. Poor kittens.

The links for this post do not work. Not sure why but I get “404 NOPE Boing Boint” instead of something to “read the rest” of.

Let this serve as a joyful reminder that the 70’s were the years when “entertainment” could fill time with even the most idiotic, cringe-worthy crap by today’s noble standards.

And a grim warning for us (e.g., reality TV, Fox News, Kim Kardashian).

Having lived through those times, I can tell you that anyone of my acquaintance who saw this video would have been baffled and appalled. This is a great example of the bizarre distortions that commercially-minded “straight” (in the sense of non-drug using) people produced when lamely trying to mimic countercultural artistic expressions. (“Let’s do something really groovy that will grab all those far-out kids!” the producer said, admiring his new pre-patched bell-bottoms in the mirror and tossing his 3-piece suit aside.)

In other words, this belongs on the shelf with the Monkees, not the Grateful Dead.

I’m pretty sure Donny Osmond is in there.

In other words, this belongs on the shelf with the Monkees, not the Grateful Dead

Honestly I still like The Monkees better even today.

Fair enough… I was just trying to illustrate the difference between art that was manufactured by corporations and art that arose organically from the community. There’s no doubt that the studio musicians who actually performed on the Monkees’ recordings were fabulous. I recommend the documentary about them; it’s called “The Wrecking Crew”.

True…true. The “entertainment” establishment was working overtime to connect with the crazy kids according to the corporate-sanctioned book of groove-guidelines.

Then again, I did own a burnt-umber leisure suit…to my everlasting shame. So I’ve no standing to ridicule them for that.

That said, everyone really knew it was total crap even then.

Well said. And I greatly admire your courage in admitting to having worn a leisure suit that must’ve made you look like, as P.G. Wodehouse would say, “an absconding bookie”.