Wow, he used up 8.999 lives as far as I can tell. That is amazing he is alive. I hate he has to be with the vet so long after his family finally was reunited with him.

It was previously my understanding that cats do not handle starvation well at all, and that their organs start shutting down in a bad way. Is that not the case? Or maybe this is just an unusually hardy cat?

Take that honey badger!
A few months ago, one of our cats became trapped inside an interior wall in our house when our contractor installed a medicine cabinet. The hole had been open for weeks while the cabinet was on order and we knew she liked going in there. We’d even joked that she was probably going to be trapped when the cabinet was finally put in. Sure enough! Sent the video of the un-install and the cat climbing out of the hole to our contractor telling him there was just one small problem with the cabinet…

It was previously my understanding that cats do not handle starvation well at all, and that their organs start shutting down in a bad way. Is that not the case? Or maybe this is just an unusually hardy cat?

Not sure, but we had a cat show up on our doorstep that looked like she had spent a month locked up – nothing but skin-n-bones. The vet was not too confident, but she recovered quite well and lived a relatively long life with us (she did die of what appeared to be kidney disease, so there might have been some damage).
Edit to add a pic 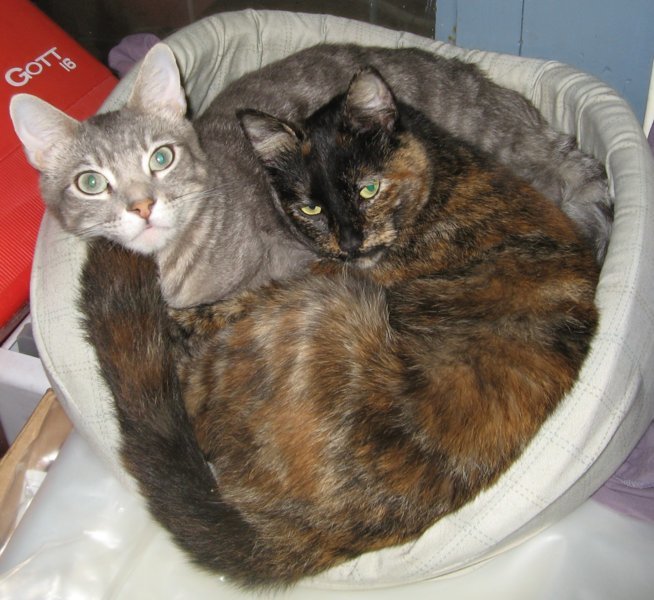 Little know is the fact that cats can live indefinitely by consuming it´s own resentment and hate.

Poor thing, i hope she makes it.

One is reminded of Emily http://www.cbsnews.com/news/a-tail-of-adventure/

Veterinarian to the rescue!

It depends on the cat, particularly what it’s pre-starvation fat levels and liver function are. The most common problem with anorexic cats is overweight ones that go into starvation mode, start to mobilize fat stores, resulting in a liver that gets flooded with fat, causing hepatic lipidosis or “Fatty liver failure”.

If this was a reasonably fit cat with good liver function prior to starvation, hepatic lipidosis could be avoided. Cats have amazingly efficient kidneys, and the fact that this cat probably re-processed urine efficiently enough times to avoid death by dehydration is amazing. I’d hate to see it’s renal values now though…

One weekend I was at my sister in law’s place for lunch. She mentioned in passing that her neighbour over the road had lost his cat. It had been missing for weeks. There is a disused outside toilet at the back of the house. It is used for storage. So we were sitting outside eating when I heard a faint meow coming from the toilet…

When we had to leave the US in a hurry (as happens to foreigners when their employers go bankrupt) we put all our worldly goods in a shipping pod, and then had that shipped to be stored in Toronto until we could figure out where we were going next. About a week after we moved, our former neighbors called us to ask if their cat was possibly in our shipping box, because they hadn’t seen it since we left, and the cat does like to explore. . .

I was feeling bad for the cat, but also really not looking forward to having every literally every single thing we own covered in cat pee, so it was quite a relief when they called back a few hours later to say that the cat had turned up in the neighborhood, unharmed

While I don’t have a horror story to share, I can say that I’ve been going through the complex process of moving as a family, and the hardest part has been managing the pets.

Col. Mustard locked that poor pussy in that disused outside toilet used for storage.

Fortunately cats can contain only so much urine.

I’m pretty sure that one cat worth of urine, well distributed and left to sit in one of these for a week: 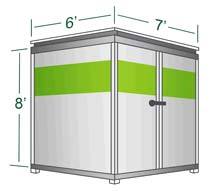