Isn’t this the kind of shit that Jesse Brown had to deal with when moving Search Engine from CBC to TVO?

Want: security cam coverage as the CBC PR and tech departments converge on the legal department.

Do they charge radio manufacturers license fees?
It is the same broadcast model isn’t it?

Scumbag CBC publishes RSS feeds, gets mad when people use them as intended.

Has anyone called this person back and explained what RSS is?

I had to check the date on the post, I thought this would be a temporal fault from an earlier time. Nope, it’s 2016.

This makes me sad.

I listen to several CBC podcasts regularly and every one of them invites you to follow it with your “favorite podcast aggregator” or words to that exact semantic meaning.

Sounds like someone at CBC legal may be interpreting the app developer as reselling the podcasts.

That’s the best I got.

I use Feedly and some sites don’t render completely in it. I suspect this is done on purpose so we have to go the site. I’m okay with that. Why don’t you do that instead of threatening users and their choice of software?

This has been CBC policy since at least 2011. That’s when my brother (who also developed Catpaint) got a letter demanding that he take down his app from the app store. 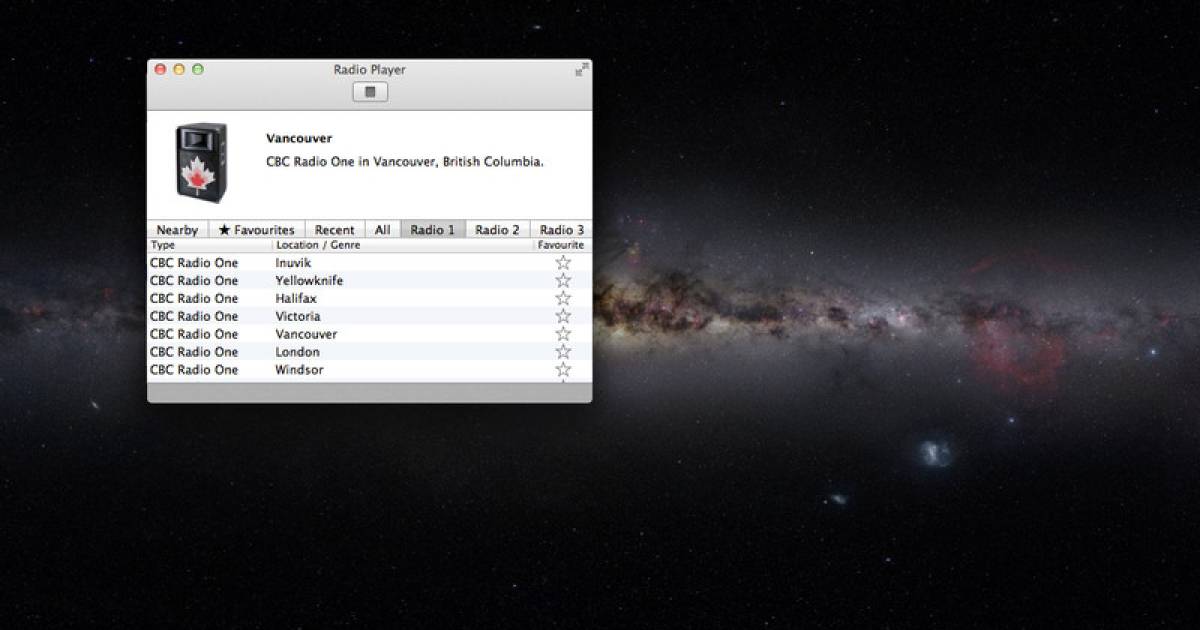 A Vancouver developer is upset that a CBC copyright complaint means he will have to remove his software from the Mac App Store.

I could understand this threat through the lens of CBC going after someone who is using CBC IP to sell an app (for example a 3rd part app billing themselves as “a great way to listen to This is That and other great CBC content!”), but it’s hard to say since the developer is choosing to remain anonymous.

Really, though, this is just another example of how cuts in funding to public services tacitly encourage them to do weird stuff. Like play ads (I still haven’t forgiven you for this, Harper). Or the weird fight from Canada Post to assert IP rights over postal codes.

This is an email from the CBC’s media solutions department:

"By way of background, we offer CBC’s podcasts free on most 3rd-party apps/services however, those services are not permitted to sell ads on CBC content without our consent. To that end, we have sent a letter reminding them of this policy.

If you have more questions, let me know."

This will seem like a quibble, but the CBC letter doesn’t mention copyright, that I can see. It refers to its own Terms of Use. The fact that CBC uses an open distribution platform (RSS), doesn’t necessarily mean it allows all uses. If someone were charging $1 per play of a CBC podcast, you would agree with the TOS notification. So, while this way of managing their content distribution might be foolish, I suspect they are on firm legal ground. RSS is not connected to U.S. copyright law, and doesn’t signal an exemption from liability for misuse. CBC defines misuse.

This would be much easier to figure out if we knew the podcast app in question.

My interpretation of the above would be that maybe the free version off the podcast app has ads. If there are ads on screen while a cbc podcast is playing, it could be seen as breaking this policy.

It would also explain why other podcast apps have not been impacted/notified.

Unless the app comes with the CBC feeds pre-configured, I don’t see how they have a leg to stand on… They would need to challenge the app users as the ones violating the TOS.

I don’t see it as justification for going after app developers either. Just trying to have a guess at their reasoning. Because while it will most likely be something dumb in the end, it will be slightly more nuanced than “RSS readers violate copyright”.