The satire can only last so long, I think - I mean, he’s made a good run and it’s a show that keeps getting better so far, but rather end on a high note than get stale.

As for Oliver, I’m not sure - I didn’t find the show nearly as funny when he took over temporarily. But maybe that’s because I find a show that lampoons American (mostly right wing) politics just sounds more disdainful and condescending when delivered by a Brit.

Remember what happened to Craig Kilborn after he went from The Daily Show to the Late Late Show. Basically the format of those shows sucks compared to what they were doing on Comedy Central. I worry Colbert is just going to start playing Letterman who has been boring for decades.

So we’ll have a D&D player hosting one of the two major late night chat shows.

The thing that irks me most about all this is the way people seem to have forgotten that Stephen Colbert had a career before the Colbert Report. He was a sketch comedian, a voice actor, a sitcom regular, an author, and the letter Z (look it up!

) before he perfected his fake conservative schtick. I don’t think he’s going to have a whole lot of trouble making another transition.

Doesnt this now mean that Craig Ferguson will get millions for not being offered this job? I heard there was a clause in the contract that would award Craig 8-12 Million if he was not offered the Late night show after Letterman retired. Looks to be a nice payday for him anyway, though im sure the show would have earned him more.

Yeah, there’s clearly some advance prep for the Colbert Report interviews. But the guy seems to be supernaturally gifted when it comes to the freestyle stuff, too. He is above-average in terms of applying a frame to an improv setting, and drawing customized/off-the-cuff jokes from same.

I have confused feelings about this development, myself, but I’m rooting for him; here’s hoping that he does something really great with what is typically an incredibly boring, predictable format.

So how much is Craig Ferguson getting paid not to take over? Didn’t he have a clause in his contract?

Also, much as I like Colbert, boo for old white guy getting the gig again. Should have hired Chelsea Handler, just for the hell of it.

I’ve tried to watch the late night shows, just can’t get on with any of them. If they jettisoned the interviews, I’d be more interested - generally I skip the final section of both the Daily Show and Colbert when I watch them (ditto for the Star in a Reasonably Priced Car bit of Top Gear).

Looking forward to John Oliver’s HBO show, wonder if Andy Zaltzman will be involved at all.

Fantastic choice. I’m really excited that the world will get to see Stephen Colbert as he truly is outside of his character - he’s a wonderful person.

Remember what happened to Craig Kilborn after he went from The Daily Show to the Late Late Show.

Nobody remembers and that’s the risk of pulling a “Shelley Long,” like when she jumped ship from “Cheers” and went onto projects like the aptly named 1999 TV movie “Vanished Without a Trace.”

But maybe that’s because I find a show that lampoons American (mostly right wing) politics just sounds more disdainful and condescending when delivered by a Brit.

Not sure how to help you there. Just about anything sounds more disdainful and condescending when delivered by a proper Brit.

The Late Show will now be for Platinum Level Members Only!

I’m happy for him, but I’m also sad. I feel like he’s going to move from brilliant satire to being the guy who nods appreciatively while Lindsay Lohan lies about sobriety and James Franco pretends to be deep. Can’t they just draw a face on a paper plate, staple it to the chair, and let Colbert be brilliant somewhere else? 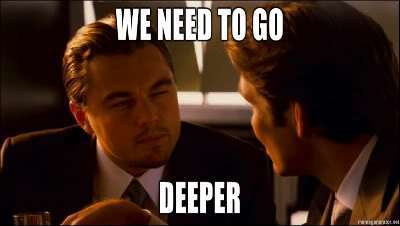 I haven’t watched the video and I haven’t heard any credible accusations of racism, but Colbert does seem to be pretty transphobic, and I’m not really happy about that.

I hadn’t heard about that. What kinds of comments has he made about trans people, and in what context did he make them? (i.e. was he in character as a small-minded blowhard at the time?)

I sure hope that this witless humorless,sexist,racist social justice warrior has not caused this draining the colbert of colbert.

Yeah, the real victims of sexism and racism now are white men. SMDH

Also: so much ironic the bitterly patronizing idiocy of your video’s narrator.

A shame. I’ll miss most his interviews with people who aren’t entirely sure how serious he is (although that number’s dropped as his fame rose).

I have to admit, I probably won’t watch. Maybe one or two just out curiosity, but I don’t have the energy for the plain late night beat anymore… TDS and CR I enjoy for their ‘speaking truth to power through comedy’ element. I wonder if they’ll replace CR with another show in that mold, or just do another tosh.0 type random comedy series.

If they do, although John Oliver would be fun based on his fill-in time, I’d like to see them go a little daring (it SHOULDN’T be, in this day and age, but by evidence of numbers alone it seems like it is) and try a woman (heck, as a parody of the right wing news anchors, there’s a whole bunch of opportunities in the mold of those blonde girls on FoxNews, though they don’t have to copy Colbert in that aspect either). They’ve got 3 (I believe) already on the TDS who do fun segments.