They’d be better off shutting down these operations, which are real cause for concern. 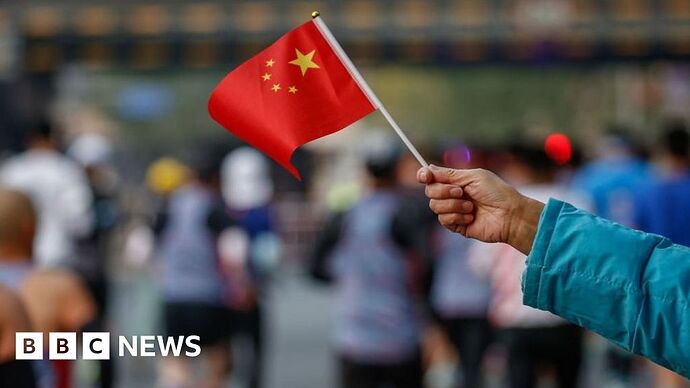 Reports of Chinese police stations in US worry FBI

Similar stations have been ordered to close in other countries, including Ireland and Canada.

It would be really… weird… for a Tibetan to be a spy for China.

Not necessarily. A Tibetan who still has family back home could potentially be coerced.

Heck, a Tibeten who has family back home that he wants to visit, and then after visiting return to the US, absolutely could be coerced too. We’ve done similar things turning people into assets against Cuba, Russia, Iran, China, and other nations we’re nominally antagonistic to.

This guy, though, wasn’t an asset but just a guy trying to get a Visa approved.

They’d be better off shutting down these operations

…which are all over the place - many countries. We have the same in Europe. China is getting too far out of its box and needs to be stood up to.

…which are all over the place - many countries. We have the same in Europe. China is getting too far out of its box and needs to be stood up to.

What really shocked me in this, and this isn’t about “bothsidesisms” or “whataboutisms” is just how many countries have police forces active and operating in other countries with permission and consent (explicit or implied.) Like, the NYPD operates in over 13 different countries around the world and multiple states. China’s doing this stuff. The UK is all over the place. I’m just in awe of the practice in general and suspect it’s some kind of “avoiding constitutional crises” intelligence back patting operations. Sure, the UK can’t spy on its own citizens… but the NYPD London Precinct can, etc.

So all these need to be stopped, and China’s especially since they’re extremely pervasive.

The UK is all over the place.

Citation needed for that. All I’ve been able to discover is this, from a UK police community site:

Naval Criminal Investigative Service (NCIS for all the lovers of the TV show) have an office in London, which falls under the control of the Field Office for Europe and Africa - based in Naples, Italy.

New York Police Department (NYPD) - the NYPD have detectives based in London as part of it’s International Liason Program.

I imagine the only ones which would have any powers in the UK would be OSI or NCIS but even then I’m not sure how that works, as OSI could have them on the RAF bases where the USAF operate but I’m unsure where NCIS Agents would utilise their powers/roles given there are no US Navy installations in the UK (that i’m aware of) so i’m unsure of what they actually do here.”

“The French have folks around the channel tunnel and at one of the train stations in London (forget which). I think they might even be armed in some cases?

They are armed once you get through passport control, but aren’t supposed to take their weapons ‘English side’ (one would hope they wouldn’t need a sidearm once someones passed the secure area), although one French officer accidentally forgot to leave their sidearm secure when they went to WH Smiths a few years ago.

I am not sure about ‘routinely’, but I seem to recall that there was an EU-wide protocol that was signed that allowed foreign police to enter another country for reasons of expedience, such as for survellience, so long as they notified the host country as soon as was practicably possible and in any case within 4 hours.

The protocol dealt with practical issues, like carrying firearms and off weaps on foreign soil.”

Citation needed for that. All I’ve been able to discover is this, from a UK police community site: 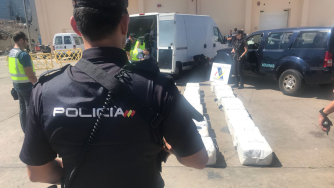 Our network of ILOs deployed overseas, supported by UK based officers, covers more than 130 countries around the world.