Why are you gloating? You’re wrong. The headline’s inaccuracy does not make you correct for going along with it.

A bias you have has been exploited by a distortion or fact, you have this pointed out to you, you are incapable of refuting any of the facts and yet you gloat about your “victory”

How are you any better than a stereotype of a Trump supporter in intellectual and ethical rigor?

I don’t know how many friendships I’ve had to back out of before I learned to spot this kind of blind-spot.

You seem to care a lot about this.

I always heard it was the Dead, but the Angel’s use to beat the hell out of us for being against the war. They were not remotely left wing - but they did save the lives of Rolling Stones that day.

It mattered enough to you to post in the first place, obviously it matters enough to me to post.

Are you trolling or slow? This is all obvious.

As long as you keep replying…

Yes, I’m trolling you because you two are humorless and self-congratulatory and ignoring any larger social implications to whinge about the title. You’re clearly putting a lot of effort into it so carry on.

You realize Mark, the author of this piece, has flat out said he doesn’t read the discussion forums, right? So no matter how much you complain here about something he did, he’ll never see it.

so I can just keep you at this forever?

You never admit to your compulsion, man.

I really do hope you’re a troll, because if you’re actually like this then I now know where they always find that one person to represent us to do the worst job imaginable.

got to get something to eat. back soon.

come on, you have to enjoy that at least peripherally. You calling me a noob and then you check and somehow my join date is exactly one day ahead of yours.

didn’t you call someone a crybaby upthread? And now you delete your awkward posts?

No one is going to change the headline for you.

Wow. You’re being rather dickish for no apparent reason. I hope your day turns around.

Having seen “Gimme Shelter” very recently, I will add my voice to the charge that the headline is incorrect in calling this a murder. Sure it may not get changed, but anyone coming to the comments will at least get the correction.

Butthurt people whinging about the site owner not framing things “right” is always annoying. It is like when Cory posts something and a chorus of occasional participants show up to talk about how disappointed they are in him and the site.

As to whether it was murder, we won’t know the victim’s side since he was beaten to death. That does seem a rather extreme response to the threat. I suspect the attacker went on to a fine career in law enforcement.

Sonny Barger’s defense seems to be “you hired the Hell’s Angels. . . what did you fuckin expect?”

I mean. . . “they told us if we sat on the edge of the stage we could drink beer all night.”

You’re coming off as quite foolish here and I can guarantee you will never convince anyone of anything with that kind of behaviour. But carry on, I know you will.

It’s not about “framing things right” or people being “butthurt”. This isn’t a special-snowflake situation. Like Cory’s sloppy/click bait posts, it’s about getting the most basic facts correct, which I would think writers would kinda make their first priority, since it’s theoretically part of the job.

it’s about getting the most basic facts correct,

Well, since Mark doesn’t read these comments… His lack of reading of them why he kept comments turned off on his posts recently. He’s found it less than enjoyable to read the BBS so he doesn’t. So people can complain about the writers not doing it right but it is to a peanut gallery.

And, frankly, regardless of the fact that the guy was irate with a gun, when a Hell’s Angel, with support of his friends, beats a man to death, I have a hard time believing it is “self-defense.” That’s not a casual thing. Before the man is dead, you can stop. He isn’t fighting back by the time he dies. It’s over the top and gratuitous but, yes, the special snowflakes here ignore the fact that the notoriously violent and racist Hell’s Angels beat a black guy to death and say “Well, an all white jury agreed it was self-defense.” I don’t buy it. It might have been but we never got the other guy’s version of what happened. Only some film footage and a story by a bunch of self-serving folks who were on the hook for killing a guy.

A horrible incident for sure, but stabbing a guy who pulls a gun in a crowd to keep him from shooting anyone doesn’t quite sound like murder to me.

To the emerging movement, this was the news that the Summer of Love had come to an end.

this was new, then. Altamont was supposed to be Woodstock west, and instead it was post-Woodstock.

Many years ago, I visited a contemporary art museum which was featuring “art inspired by music”. One large room was covered in 60s-era psychedelic concert posters and photos of Woodstock. In the center of the room was an oblong mound of dirt with a speaker inside playing the sounds of Altamont. The piece was entitled “The End of the Summer of Love”.

It’s interesting that the 25th anniversary concert of the original Woodstock was muddy, upbeat, and full of early-90s hippie-dude good vibes, while the '99 version – at a shade-free Air Force base tarmac – was marred by violence, anger, and oppressive security. You’d think concert organizers would learn.

Was supposed to be @nungesser, but sure, i’ll respond to myself!

To the emerging movement, this was the news that the Summer of Love had come to an end.

A fairly interesting well told version of this is depicted (fictionally, but with accuracy) in the first episode of Good Girls Revolt, which turned out to be better written overall than the pilot (in which that Altamont moment is dissected). It’s a little clunky to my eyes, but it’s not really for me. It’s for my sisters, and interesting in that regard as well. 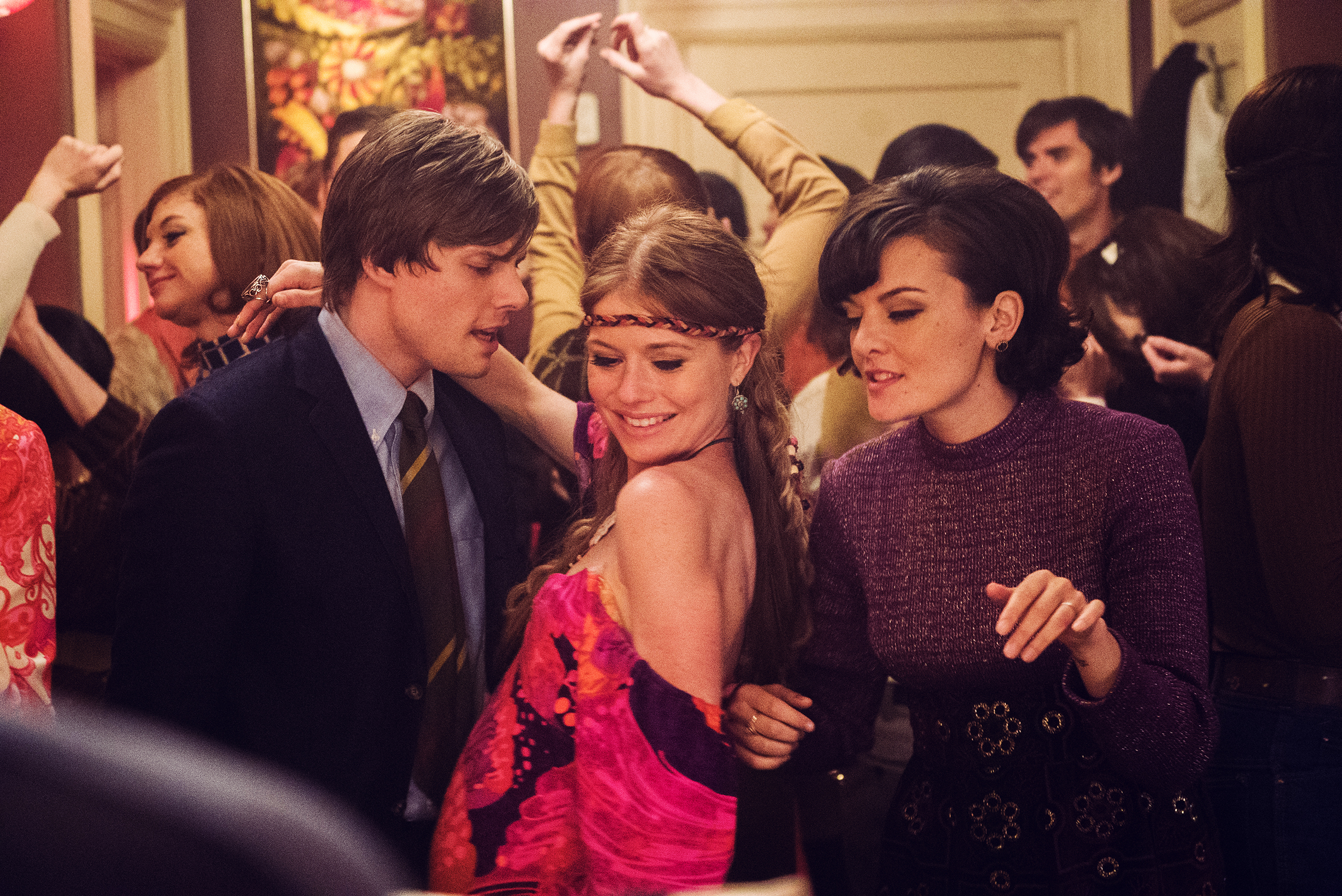 The end of the '60s—and the rise of feminism—as seen from the offices of an NYC magazine.

A man was stabbed to death.

He is dead (a while ago, granted).

You are defending a particular set of semantics that excuses the killer.

You’re omitting that he left alive and returned with a lethal instrument.

He was literally a person who could walk away from a concert not near his home and return with a gun minutes later. Tell me the narrative of the innocent victim here. The innocent who packs heat all the time, who leaves violence only so that he can return with greater violence.