Originally published at: Check out the star-studded trailer for the new animated series ARK | Boing Boing

This looks like a kids show, regardless of whose voices are in it. Maybe Perfect Blue would be a better introduction to adult themed animation.

Consequently, there’s been a bias that comics and cartoons are incapable of possessing any depth of subtext.

I’ve been moved emotionally by more animated, or other non-live action art than vice versa.

But the movie “Life is Beautiful” brings me to tears just thinking about it.

One of the ways that animation has decided to alter its reputation as strictly children’s entertainment is to cast high-profile actors in voice roles.

All too often animated projects cast big-name screen actors as a marketing gimmick rather than trying to find the voice actor who is actually best for the role.

Take Jackie Chan as Monkey in the Kung-Fu Panda movies: the guy is fantastic at physical comedy and one of the best martial artists to ever grace the big screen but he’s hardly one of the most talented English-language voice actors out there.

I reluctantly started watching Arcane, which uses some of these same tropes (but no dinosaurs). After one episode, I realized it was way more than just a violent kids show. Maybe Ark will be the same.

I agree. Veteran voice actors are getting the shaft because of “stunt voice casting.”

Tara Strong should be voicing Harley Quinn for HBO Max, but she doesn’t have the “star power” of Kaley Cuoco…or some other silly excuse.

One of the ways that animation has decided to alter its reputation as strictly children’s entertainment is to cast high-profile actors in voice roles.

All too often animated projects cast big-name screen actors as a marketing gimmick rather than trying to find the voice actor who is actually best for the role.

The recent movie Paws of Fury may be one of the most extreme examples of this phenomenon. I didn’t see the movie and don’t know anything at all about the plot, but thanks to aggressive marketing and prominent movie posters I do know that it features a huge number of A-list celebrities for the voice talent, including Samuel L Jackson, Michelle Yeoh, Ricky Gervais, Micheal Cera, Mel Brooks, George Takei, and a bunch of others.

I don’t think that it did especially well financially so hopefully the filmmakers will eventually learn their lesson that they actually still need to make quality movies regardless of who is starring in them. 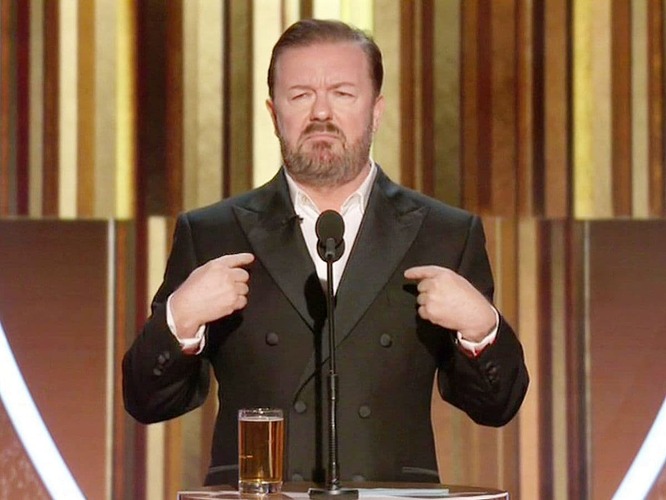 @werdnagreb I really enjoyed Arcane too; both for the wonderful art and the engaging plot and characters.

Fair, but he is the only one of the bunch to be a prominent human in a Muppet movie.

Edit to add: never mind. I forgot that Mr Jackson did that too. 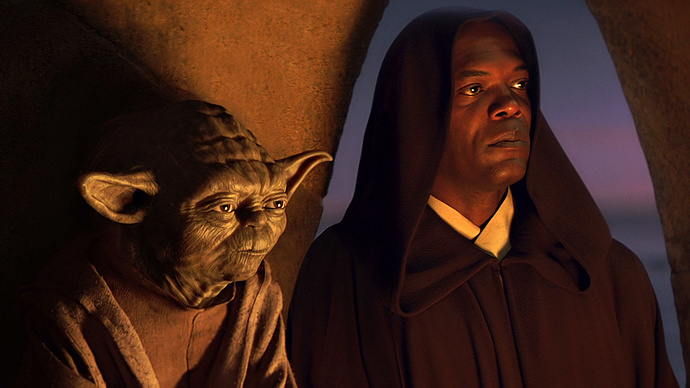 “Although the medium has made impressive strides in the 21st century, animation still doesn’t get the respect it deserves.”

It would help if most of it didn’t look like crap.

he’s hardly one of the most talented English-language voice actors out there.

Jackie Chan Adventures is an American animated television series, created by John Rogers, Duane Capizzi and Jeff Kline, and produced by Sony Pictures Television (originally as Columbia TriStar Television for the first three seasons). The cartoon series premiered on September 9, 2000, and ran for five seasons until its conclusion on July 8, 2005. The series focuses on a fictionalized version of Hong Kong action film star Jackie Chan, who operates in life as an archaeologist and special agent Man...

Consequently, there’s been a bias that comics and cartoons are incapable of possessing any depth of subtext

… uh, OK, but from the trailer ARK pretty much looks like the kind of adolescent war story that gets animated a lot already

The element of “Hollywood amnesia,” where for some reason characters conveniently can’t remember important plot facts but are otherwise healthy and unimpaired, is not a good sign either

uh no… just no… if this anime wants to be taken seriously, the characters should look like they were created with the games character creator.
where are the grotesquely sized forearms or the giant hands with tiny heads? this is a disgrace… smh

I don’t think this will be an example of a mature animated series. Take Tuca & Birtey instead: looks very goofy, but it covers some very mature subject matter.

Arcane was great, but IMHO for younger viewers. And yeah, I bet this will be the same. Not for little kids but not for adults. It’s “Young Adult” fiction. Full of tits and violence and “adult issues” but almost always dealt with in juvenile ways.

Don’t get me wrong - I really liked Arcane. I bet I will like this too, but it’s still for kids.
(And stay off my lawn you whippersnappers!)

Anybody who watched the opening sequence of “Up” without crying is an inhuman monster. “Encanto” had me in tears as well. Animation can tug the heartstrings very effectively, thank you.

My first thought was this is a take on Philip José Farmer’s Riverworld.