I hope the people inside were able to get out safely… and it does seem like that for now, so they’re already better off

Is it a casino hotel? 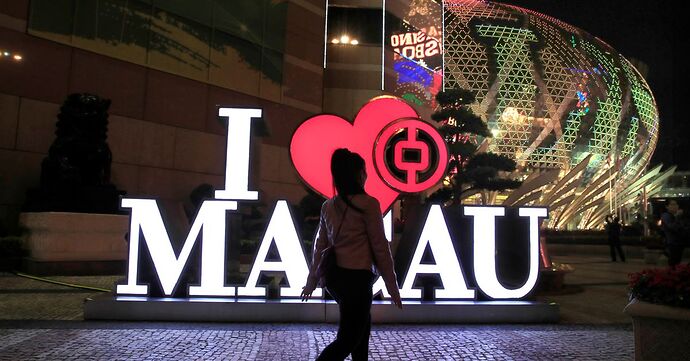 Macau's government opened bids on Friday from seven companies, including a wildcard from Malaysian operator Genting, for licenses to operate casinos in the world's biggest gambling hub, kicking off a closely watched battle for six available slots.

“Shame if something were to happen to your hotel.”

Hope everyone got out ok.

Did they use petroleum instead of paint? holy hell that seems much more on fire than a concrete structure should be. Maybe they used the same cladding supplier as London’s Grenfell Tower?

Did they use petroleum instead of paint?

Evidently they did have a bunch of fuel stores, I assume for back up generators. 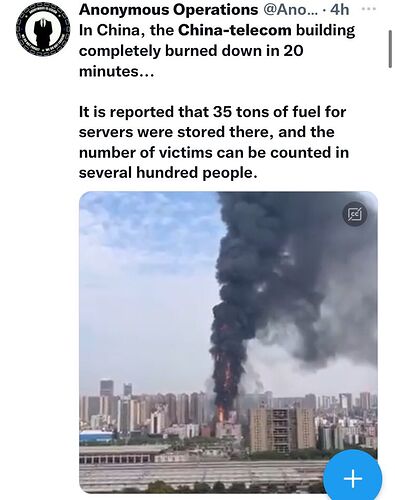 I had wondered about the occasional explosive sounds heard in the video. Large amounts of fuel stored on site could explain that.

Thanks, didn’t put two and two together, makes sense a telecom building would have backup power equipment.

I noticed some Reddit comments using this fire to revive some 9/11 conspiracy theories. Fugly.

Actually, the way Chinese demolition videos of high rises show the buildings not pancake dropping makes me think their construction practices are different from ours.

So yes, different, but most US skyscrapers wouldnt pancake either. In explosive demolition the structure is deliberately weakened, then explosives are used for the final implosion giving that satisfying pancake effect