And properly done at any karaoke event, generally gets the people goin’…so to speak…

Edit: It’s nice to see this guys’ perfectly acceptable version and how happy it makes everyone; John Denver may be corny as hell, and dead…but his old-timey tracks (at least those that I like) may be underrated and unappreciated in many places, but I declare: ‘Montana Skies’ kicks ass and I ain’t afeard to say it.

as mentioned above, Studio Ghibli’s “Whisper of the Heart” uses the song as an underlying theme. Thanks to wiki, Olivia Newton John’s version (used in the film) was a real big hit in Japan.

of course, my favorite version is Country Roads via Toots and the Maytals.

Jeffrey sez, “The nice responses to my essay on ‘Hotel California’, has emboldened me to send a follow up on the curious life in China of another American song from the 1970s. Namely, the one that finds John Denver waxing nostalgic about West Virginia.”

Curious? From whose perspective?

Sheesh. Will Westerners in general EVER get over Orientalism?

I read, somewhere, that “Country Road” is also a sentimental favorite in some Arab nations.

It’s curious that this song is so popular in a culture so foreign to the one it’s celebrating. Think, for example, of a Chinese folk song that’s wildly popular in America. You don’t need to be offended on everybody else’s behalf all the time you know.

If the Japanese found the extended shelf life of the tune “Ue o Muite Arukō” aka “Sukiyaki” in the Western world curious, would that be Occidentalism?

Came here to say something, comparably similar. So I’ll just add a link that explains it further: Whisper of the Heart

Whisper of the Heart (Japanese: 耳をすませば, Hepburn: Mimi o Sumaseba, literally "If you listen closely") is a 1995 Japanese animated romantic drama film directed by Yoshifumi Kondō and written by Hayao Miyazaki based on the 1989 manga of the same name by Aoi Hiiragi. It was animated by Studio Ghibli for Tokuma Shoten, Nippon Television Network and Hakuhodo, and distributed by Toho. The film stars Yoko Honna, Issei Takahashi, Takashi Tachibana, Shigeru Muroi, Shigeru Tsuyuguchi and Keiju Kobayashi. It...

But it’s not like John Denver is someone obscure. He was very talented at what he did and songs can have a very universal appeal when they have universal themes, or at least the “universality” that Aaron Fox alludes to in this RadioLab episode: 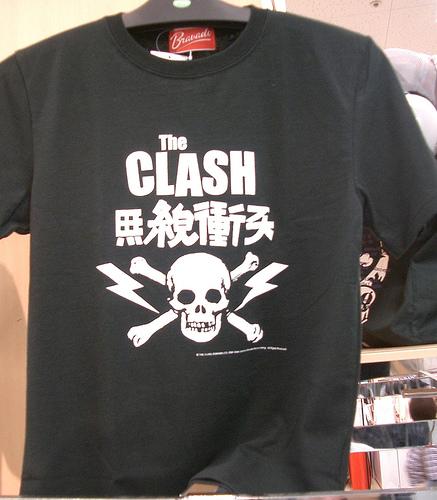 Music has a way of getting stuck in your head. No matter who you are, or where you are, it seems to have this effect. We turn to the man behind all those catchy songs from "School House Rock," Bob Dorough, to get some insight into what it takes to...

inexplicably big in Jamaica, too.

Yellowman 1984
I can’t get it to play the right one since it’s part of a playlist, but the did it, too.

Home is home: a universal theme…

So Denver is kind of like Chinese for Jerry Lewis?

the song is massive in Thailand, as well… it was in the news a few years back for sparking a shooting rampage, after a man’s neighbors refused to stop their ad nauseam karaoke renditions

although the US aggressively exports cultural products like its music around the world, whereas China doesn’t, so the example you give would be quantifiably more “curious”…

Huh last time I checked China has one of the most popular film industries pumping out movies all over the globe. China exports plenty of it’s culture.

Think, for example, of a Chinese folk song that’s wildly popular in America.

that’s true! i guess i should have referred specifically to music here. although even with film, i wouldn’t say it’s quite comparable: the all time highest-grossing film in China is “Avatar”, for instance

i know this is probably a joke, but for people who might actually think otherwise, Chopsticks has nothing to do with Chinese music

One of my nieces spent a couple of years in Ireland when this tune was going the rounds in a techno mix. She was able to share the Denver version with some of the youth she was working with, who had no idea of its origin.

As a displaced West Virginian myself, I know the power of this song to leave not a dry eye in the house for those who miss the hills. However the rational side of my brain has always been irritated he couldn’t get the geography right. His two specific references- the Shenandoah and the Blue Ridge- are in Virginia.