Perhaps they can feature Dschinghis Khan instead?

The Chinese government’s version of don’t mention the war is not as funny as Cleese’s.

The next thing you know they’ll be wanting to change the name of Genghis Grill. The line must be drawn here!

Or maybe (the Great) Chinggis Khan

They weren’t satisfied with rewriting their own history after Tiananmen Square now they have to try to rewrite other people’s history.

Chinese government- you’re a fucking joke and your censorship is obvious to anyone breathing but yourselves.

Go ahead and ban me from your country, I dare you.

Isn’t Mongolia a separate Nation? Was Genghis Khan not Mongolian as opposed to Chinese? I thought China only tried to erase the culture of a country after they physically took control of it.

The Hu rock your goddamn face off. (a few more swastikas in their gear than I’m thrilled about, but still)

A bit of reading about that

Isn’t Mongolia a separate Nation? Was Genghis Khan not Mongolian as opposed to Chinese? I thought China only tried to erase the culture of a country after they physically took control of it.

Well, note that they call a province Inner Mongolia. China seems to basically think that all of Mongolia should belong to it.

I suspect that they wanted the Chinese language name for Genghis Khan to be used rather than his Mongolian one. Probably out of a desire to deny that a non-Chinese person had ever conquered China.

I can’t remember the exact context, but when I was teaching in China, I brought up Genghis Khan, expecting him to at least be disliked, if not outright reviled, but my student was perfectly fine with him. So, maybe they’re not being taught that he was an invader.

Are they using his real name, Temujin?

They had an exhibit here, but it was rather pricey for such a small one.

I think in the sense the Chinese are interested, it is nationalist religion. They don’t want Inner Mongolia feeling very Mongolian.

Mongolian shamanism (Mongolian: Бөө мөргөл — Böö mörgöl), more broadly called the Mongolian folk religion, or occasionally Tengerism,[note 2] refers to the animistic and shamanic ethnic religion that has been practiced in Mongolia and its surrounding areas (including Buryatia and Inner Mongolia) at least since the age of recorded history. In the earliest known stages it was intricately tied to all other aspects of social life and to the tribal organization of Mongolian society. Along the wa Yello...

Mongolian shamanism is centered on the worship of the tngri (gods) and the highest Tenger (Heaven, God of Heaven, God) or Qormusta Tengri . In the Mongolian folk religion, Genghis Khan is considered one of the embodiments, if not the main embodiment, of the Tenger.[9] The Mausoleum of Genghis Khan in Ordos City, in Inner Mongolia, is an important center of this worship tradition. 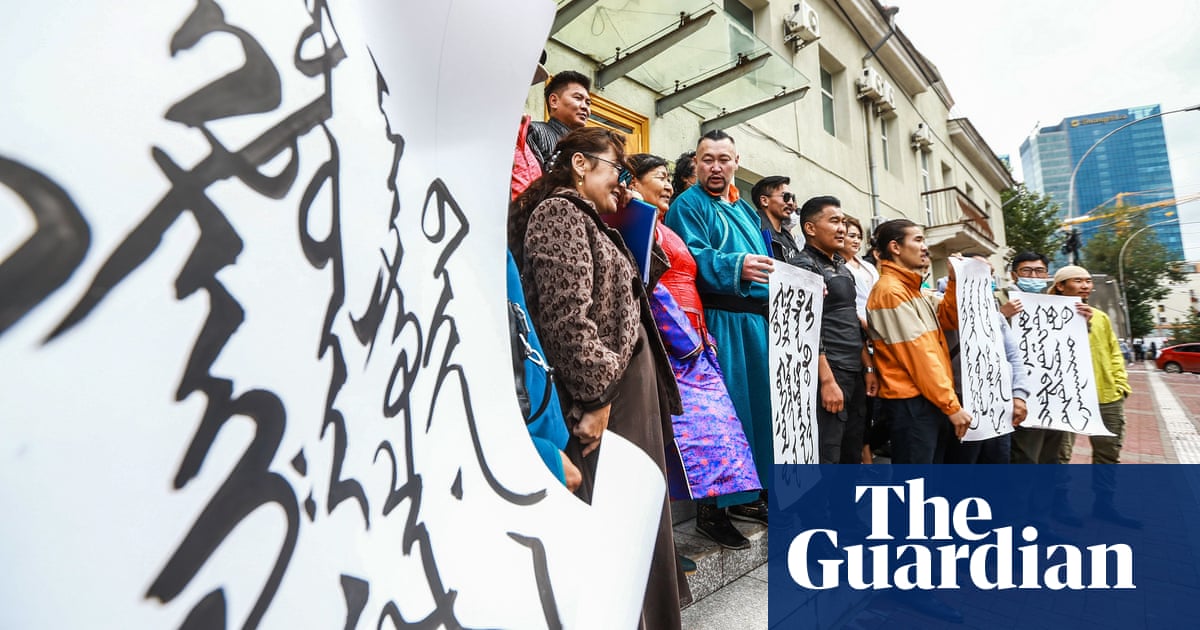 Well, note that they call a province Inner Mongolia. China seems to basically think that all of Mongolia should belong to it.

Yes, Mongolia proper has a lot more to do with Russia than China, sadly to their detriment, often. The language is Mongolian but they use Cyrillic. Wonderful and interesting country.

Yeah, I don’t think they’re actually fascists or anything like that–but fascist iconography combined with biker culture combined with traditional Mongolian iconography, it does cause some careful explanations when sending along their videos. No, the swastikas on the guy playing metal cello aren’t Nazi. Yeah, the biker also had one on his ring along with some iron crosses…that’s not great, I agree, but…

But nobody can argue that Wolf Totem isn’t a great song. That’s just objectively true.

And they also have some great cooking vids on their Youtube channel.

I’m rewatching Netflix’s Marco Polo. Plenty of inaccuracies and sillinness, but I love the portayal of Genghis and the glory of that empire.