“It took 12 days before the tourist was set free.”

That’s because they had to wait until the Cube returned to its starting layout.

Probably a good thing they didn’t hand him a death certificate to fill out.

Who knows how the bureaucracy would have responded.

You know, you don’t have to feel like a refugee.

Germany expects its asylum seekers to speak German or had they just run out of Chinese language forms or guides? 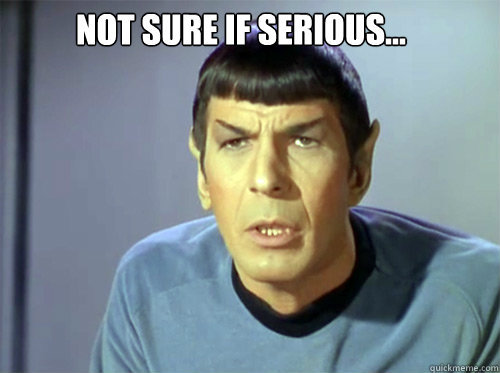 “He simply did what he was told,”

Well, that’s where he went wrong.

I am not sure if by default they have Chinese language asylums forms around - Chinese refugees would be a rather rare thing I guess, considering how far away China is.
From what I read on other news articles, someone - who probably just wanted to be helpful - assumed he was an asylum seeker and lead him to a non-official asylum help center, where he filled out what he thought was a form for his stolen wallet, but was an refugee asylum application.
There he was put on a bus with real refugees, who all were sent to an official refugee center, where everyone got registered, fed, medicated etc.
People were working on his case, but they had problems finding out who he was because something was wrong with his visa. It took some time until everything was resolved.

Pretty sure the consensus is he spoke Aramaic.

Not koine Greek then?

I’m a little curious how much of that 12 days was with the understanding that something had gone wrong, but waiting for the Germans to work through the proper channels to get it fixed (as opposed to just opening the door, tearing up the form, and pretending that it never happened).

For that matter, I’m curious how much of it was playing out a bureaucratic farce from a Terry Gilliam movie:
“But you filled out the form…”
“I’m told it was the wrong form.”
“Then why did you fill it out?”
“Because I was first told it was the correct form.”
“And why would someone tell you that if it wasn’t the correct form?”
“It can’t be correct: I’m not a reguee.”
“That’s not what the form says.”

This might help. Maybe he just arrived at a busy time.

nah, this was the high time of the influx of especially Syrian refugees and an overstrained German bureaucracy.

currently refugees (or this poor tourist) are handled rather fast - he was registered within days and not weeks like if (too) often happened last year.

the poor guy had more or less bad luck, the helpful citizen showing him the refugee center was not really helpful and the rest was organizational SNAFU

Being silent and obedient like that poor guy is not the way to deal with German bureaucracy.

Damn Tom Petty and his sneering at this unfortunate man’s plight. Also damn the torpedoes.

Could have been worse