Chivalry is not dead

Ladies! Want this shiny new phone? Get enough men to say you’re beautiful and you can skip to the front of the queue.

What century is this, again? 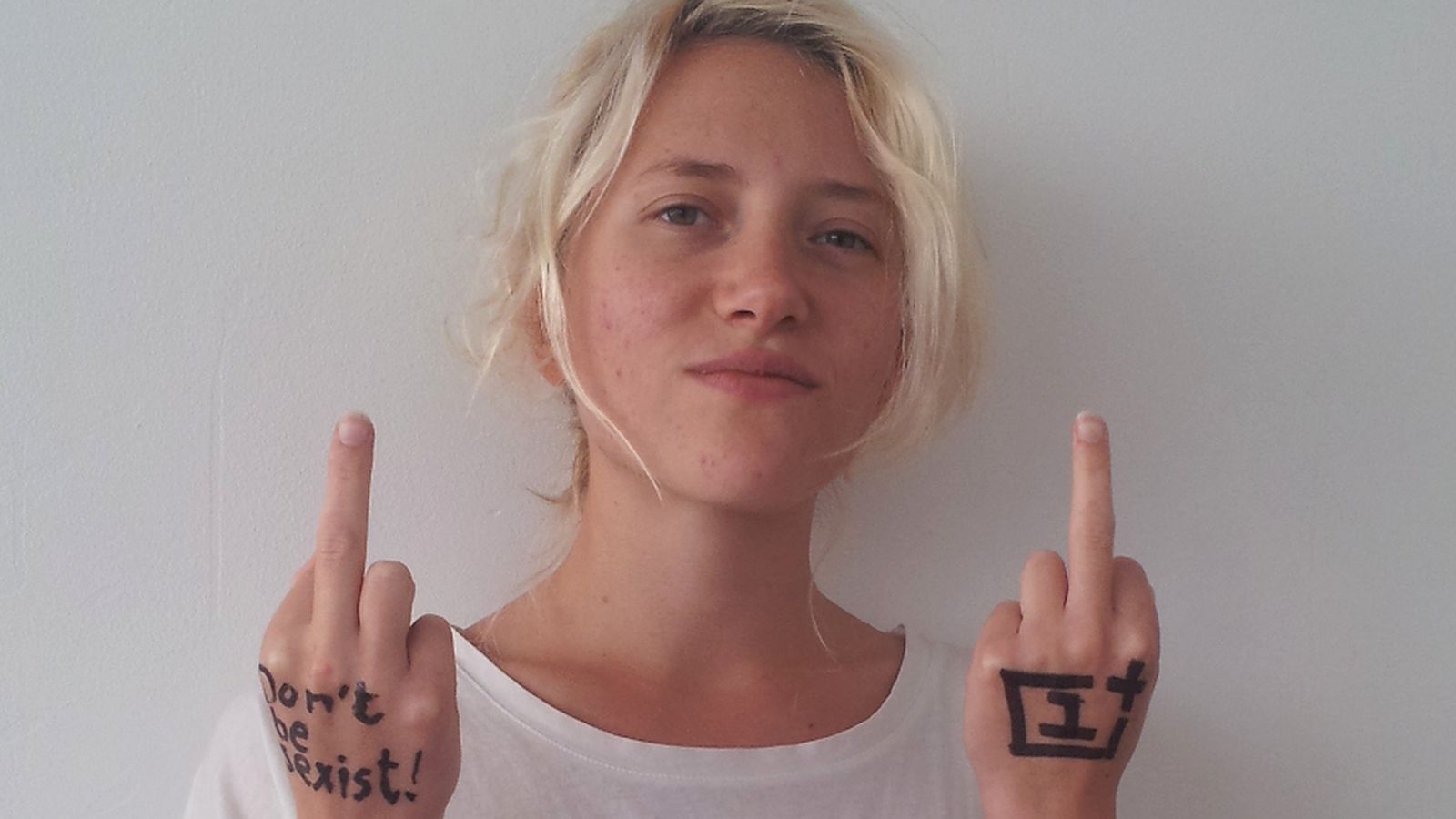 The startup OnePlus recently launched its first smartphone, the One, and to deal with production issues it's been letting people buy them by invitation only, slowly offering them to more people as...

OnePlus to Women: Send Us Hot Selfies, We'll Let You Buy Our Phone

Tech companies have a pretty awful track record where talking to women is concerned. But after running damage control on horrible campaign after horrible campaign, you'd think they'd try to avoid making the same mistakes again. And you would...

OnePlus wants to give a shout out to the few but beautiful female fans in our community with our Ladies First contest.

In true gentlemen fashion and because chivalry is not dead, we are giving the lovely ladies of OnePlus a chance to skip the invite line and introduce themselves to us.Ladies (and only ladies, sorry guys, ladies first), the rules are simple:
Draw the OnePlus logo on a piece of paper or on your hand/face/wherever (so we know it’s really you)
Take a photo of yourself with the OnePlus logo clearly visible
Post the photo in this thread
The 50 most well-liked ladies will receive an invite and a Never Settle t-shirt.

I think one of the few genuinely chivalrous acts any man ever did for me was simply walking me to my car.

I tend to be up late, and was out of soda so I took a drive to my then-local Denny’s. I sat around, drinking coke, sketching and working puzzles for a while. Then I decided it was time to head home. A man at the end of the bar stood and offered to walk me out. I, of course, did not want to be walked out by a stranger, but then he had the waitress vouch for him. She did, and explained that he was a regular who wasn’t trying anything, he just sincerely wanted me to get home safely.

We left the building for the parking lot.

As we exited, he made point of standing to the curb side and said, “My mother would never forgive me if I let a lady walk next to the street.” He then took my arm and walked me to the car. I unlocked the door, which he held open for me as I got in, and he waved me off. I backed off, but watched as he made it back around the corner to the much better-lit street. Neither one of us really would have been safe alone in that parking lot at 3 AM.

I have a couple other examples, but chivalry has been rare in my life.

OnePlus has just earned every last bit of blowback they’re about to receive.

This topic was automatically closed after 920 days. New replies are no longer allowed.