Nothing says “We’re out of ideas” quite like pulling a pushing-eighty ex-vice president off the bench to lead the most important race in the party’s history.

We can’t follow these guys (meaning DNC) any longer. They lost an easy win last time - no second shot at this.

I think we’ll see a lot of candidates drop off before the next debate. I mean, seriously: Hickenlooper? Delaney? Yang? Inslee? Bennett?

The rise of Marianne Williamson as a meme-tactic force of new age energy isn’t something I would have predicted. I guess a 30-year career of leading seminars and lectures was good preparation for looking inspiring next to a bunch of old farts.

Wake me up when they boil it down to two human meat popsicles.

I’m with you. Or at the most, four. It’s just too crowded right now to bother much. I feel like a shit citizen for feeling that way, though. Thank goodness there are better people than me out there, working for the greater good.

But…why are they meat popsicles? Are the cryogenically frozen?

ETA: was trying to add your quote, but I guess because it’s right above, I couldn’t.

I fully expect the fake accounts and bots who have been given the thankless task of trying to build any sort of measurable polling for Gabi to start switching over to Williamson any day now. Just like they did when Trump joined the GOP race in 2015. “Well shit, pushing Ted was fun, but would you get a look at THIS guy!”

Just so I understand: Taibbi is criticizing the DEM primary process as a clown-show, and he’s doing so with dithering metaphors or clown-like behaviour? 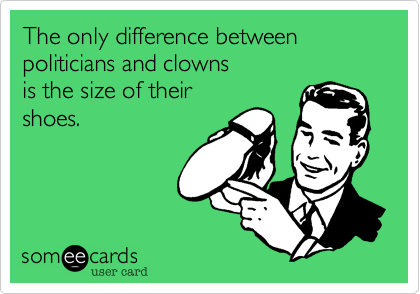 I think we are fucked.

It looks like the DNC are determined to snatch defeat from the jaws of victory as they have so many times in the past. The fact that they indulge the corporate media that loves Trump for the outrage and storylines (despite the fact that he is destroying the country) and let the narrative be driven by it is disappointing.

The Republicans have successfully gerrymandered so many parts of the country and the Electoral College takes care of another large area - and if the election is at all close, Trump will just refuse to leave.

We need an inspiring, non-geriatric (sorry Joe and Bernie) leader to take the US out of the depths we are in, or we will truly hit a tipping point and the country as we know will be lost for generations (and I will be making other plans for the rest of my life).

Right now, I don’t see that leader on the stage and he or she needs to be making progress and starting to establish themselves and getting out the vote now, not fighting the absurd DNC process for the next 12 months.

I’m both inspired and horrified. It’s a weird conundrum. On one hand I feel like some the long shots have some good answers on stage. Like Cory mentioned, they’re not really the usual points. For example, last night, Yang talked about his immigrant dad’s 64 patents for GE and that immigrants are blamed for robotic manufacturing. Bam! And when Williamson talks about chemical, agricultural, environmental and other policies, she’s not wrong. We can’t just talk about doctors and drug prices when we think about health. But god those two aren’t really gonna work out, so I dunno.

And most of the white male politicians up there are just boring, uninspired and it’s impossible to imagine any of them sparring with the current “president.” Not to mention getting a passionate electorate to show up.

I’m happy with the left wing of the party. Warren is my current favorite, Bernie obviously close behind. But god nothing scares most of the country quite like hearing socialism. So what do we do? It can’t be Biden. He’s too creepy and as terrible as it sounds, I think we need a little “purity” from our candidate so it’s not like “well, joe sniffs peoples hair so Donald is fine. Nbd.”

I mean is it as bleak and intractable as it feels?!? Or is it just the news cycle taking me as another one of its victims?

Franken / Weiner 2020 would have been inspiring. Minus their obvious faults they would have made a hellava team and slogan.

The criticism of Beto losing to the most-hated Republican in the world is bullshit. Ted Cruz may be hated in the nation as a whole, but he’s popular here in Texas. I’ve lived in Texas for two decades, and the energy around Beto’s campaign in this state is like nothing I’ve seen before. It’s the first time I’ve gone canvassing for a campaign myself, putting some sweat equity into our democracy. Turnout among voters younger than 30 was up three times the last midterm. Beto won independents, native Texans, and half a million voters who also voted for Abbott. And he did it running as an unapologetic progressive… in Texas. Texas Republicans are launching new registration efforts to get more Republican voters because Beto’s campaign made them sweat. I like Taibbi’s writing overall, but that off-hand dismissal of Beto for losing to Cruz is cheap snark substituting for substance.

Marianne Williamson has a bump because she’s talking to us like adults. She’s not qualified, at all, but at least she isn’t a Biden-Delaney drone calling for incremental change and saying we just need to beat Trump.

Just like Bernie, it turns out people like not being lied to; if Williamson had ever run for an elected office, she’d be in better shape than just being a curiosity.

Look, I love a good “The Dems are blowing it” narrative as much as the next person, but here, as usual, this is just a way to ignore difficult electoral realities. About 45-50% of Americans are looking for any reason to vote for Trump, and they’re concentrated in ways that make the electoral college challenging for the Democrats (PA, WI, Ohio, MI). Acting as if there’s an easy answer to that, and that the Dems are missing it, just avoids the larger issue.

It also leads into internal contradictions (oh no! Hundreds of candidates running around Iowa! How ridiculous! The establishment is trying to weed people out! How evil!)

Im in that circus right now.

What living here has taught me is how much all politicians are wizards of oz behind curtains on a ground campaign level. Every single staffer i speak to - in a week, they’ve been relocated and a different one is here. Its a college internship shitshow, bless their enthusiasm but like most things generational, the older “adult” candidates cant run an organization for shit.

Obama doesn’t get enough credit for the structural ground game, actual campaign management he had.

My biggest ?? so far has been going to see a candidate (the one im caucusing for, ideally) at a residence, small town crowd. They go to questions, of the limited time for questions, 2, 2! Of the people are from out of state and came here (evidently $$ isnt an issue) to ask them their questions. They were really bad, soundbite, groan inducing questions.

It always bothers me when out of towners come here and presume our stances. We can articulate them just fine, and would love to get a word in while inside our own borders. So 40% of the questions were these people who were passing through. Saw it again at a different event.

I think this articles problem, well written as it is, is that the media seem to be expressing alot of selfdeprecation and criticism at the dems BECAUSE they cant criticize themselves and still seem to cover trump in a way thats tame to servile. I met a nice kid from the new Yorker who seemed aghast that we were taking the candidates seriously. Projecting his cynicism on me. The ‘traveling through iowa’ column he wrote was likewise a spinning his wheels ho hum block of text.

Like, im not sure a journalist would write something upbeat even if they could. It seems like the both sidesism has dictated the ceiling of how dems can be covered, even as the media is vilified by trump and rattles off lie after lie, they cant quit him. Its like a bad, abusive relationship. Sure, we could cover the boring old dems, but whose going to give us the spicy drama we crave.

Snooze dems. Talk about health care and gun control? What an unimaginative list of trends…(what? Of course thats there talking points, there dems not Republicans).

Literally any dem candidate wouldn’t nominate kavanaugh. Any dem wouldn’t ignore saudi arabia, or be complicit in getting off that naval officer murdering a prisoner.

Im sorry if boring old dems seem so boring in contrast to T, but kids in cages should be a rallying cry, unless we’re over that already with numbness.

You can call it a clown car, but the bar for being better than Trump is very low. The numerous ways in which Trump is awful are almost too lengthy to enumerate. There is a whole list of personal awfulness including racism, raw dumb prejudices about immigrants, history of infidelity, alleged sexual assault, and generally creepy behavior towards women. Then there’s how he has governed:. the baby jails, the incompetence and tolerance of corruption, his bizarre infatuation with Putin and other dictators and willingness to dismantle our alliances. It goes on. He won very narrowly in 2016, against a candidate that the Republicans had spent decades gathering opposition research on and vilifying in their owned media. It is possible the Democrats will blow it, but this ought to be easy for them.

You can call it a clown car, but the bar for being better than Trump is very low.

Which is part of the problem. We want far better than someone who can merely clear the bar for being better than Trump. We need far better too. The next ten years are critical for life on this planet, we cannot afford any more status quo politics on the environment.

Yyyyyyyyeah, I get that Taibbi is edgy (and sometimes even with a purpose) but the whole “Democrats are in disarray!!!1!11” thing is about the most lukewarm hot take you can have.

It’s dumb because it’s true: “Democrats” are in disarray because there are more than 20 of them running for president, and they’re not all the same people. Taibbi and, let’s face it, also the dishwater pundits in your newspaper or midday cable program of choice, are demanding that contestants in a primary all adopt a single message and a single tone, a year before 99% of the electorate starts paying much attention.

That is not how politics works even if these candidates wanted it to, nor should any of them want it to. If it’s not obvious why, imagine your favorite candidate voluntarily adopting your least favorite candidate’s platform in the interests of party unity.

And by the way, if there’s been an election in the last hundred years where someone didn’t write a “The _______ Party is toast if it can’t win in _______” article, I’d be surprised. That take is so fresh and new it can remember voting for James G. Blaine.

If this is what reminds anyone of Hunter S. Thompson, all I can say is that it’s accurate insofar as Thompson wrote about a hundred million words in his lifetime and very few of them were Fear and Loathing on the Campaign Trail.