I think the morpork is the owl.

Our family crest is a wine goblet and the motto ‘As I Find It’. Seriously.

I does give me an extra grin that you chose the arms of the Duke of Edinburgh for the illustration. Prince Philip has never struck me as the most rainbow-friendly royal.

There are enduring rumours that he is, in fact, very friendly with gay people. I assumed that was why his was used.

Still, I think Dragon-King-of-Arms would pragmatically roll his eyes in approval at this “enhancement” of his breeding program, so long as no royals were involved.

Nice choice with the arms there, @doctorow. Not just the double Hercules, but the Order of the Garter: Shame be to him who thinks evil of it.

And it’s not like the College of Arms can arrest you anyway.

They can’t, but apparently they can tear down your arms and jump up and down on them.

Beginning in the reign of Henry VIII, the Kings of Arms were commanded to make visitations, in which they traveled about the country, recording arms borne under proper authority, and requiring those who bore arms without authority either to obtain authority for them, or cease their use. Arms borne improperly were to be taken down and defaced.

The arms of Middleton (as in Duchess of Cambridge) also contain a pun, so I’m guessing that punning is normal.

I’m guessing that punning is normal.

So normal it has a name: canting

The College of Arms regularly makes grants of arms throughout the Commonwealth and to citizens of the United States, pretty much all the English-speaking world, actually.

Some discussion of BBers arms, real and fanciful, here: What's on your coat of arms?

Is it getting hot in here, or is it just me? 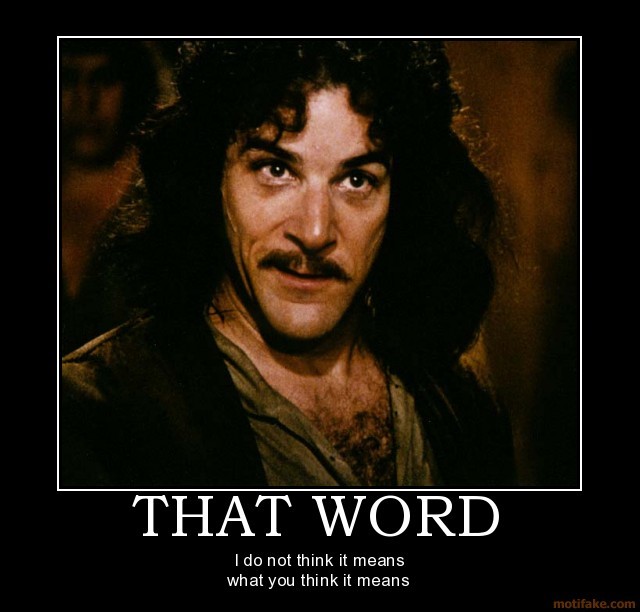 The arms of the Kingdom of Prussia (you know, the Kaiser of WWI fame) also has the wild men (the guys in those prickly looking organic Speedos) but on both sides, and underneath a purple, ermined-lined canopy, no less. Nearly naked men AND drapes, how gay can you get!

Given the goings-on in the Prussian military and aristocracy prior to WW1, that seems remarkably apt.

The arms of the Kingdom of Prussia (you know, the Kaiser of WWI fame) also has the wild men (the guys in those prickly looking organic Speedos) but on both sides 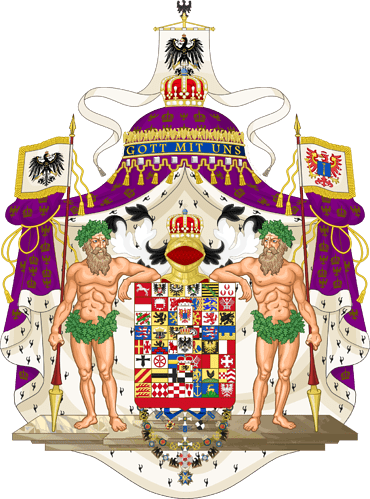 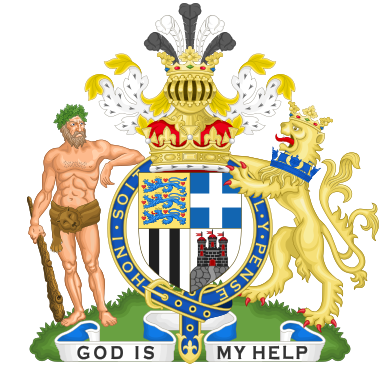 Also, what are the arms: the description of them, or the actual illustration of them? Is “Artist:Sodacan”'s illustration just as valid as the one made by The Keeper of the Royal Arm’s Paintbrush?

Is that kosher?[/quote]
Yes, because…

[quote]Also, what are the arms: the description of them, or the actual illustration of them?

… it is about the description and the implementation details are intentionally left often. Visual styles varied greatly over time and between artists and media. Actually it is a remarkably modern formal language, considering how old it is.

Of course it’s kosher. As long as you follow the blazon.

I rather like the idea of using standardized elements in Wikipedia’s heraldry articles-- it makes it easier to follow. 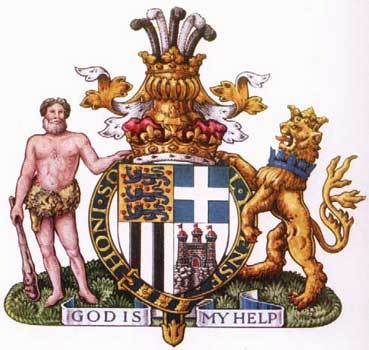 This is a version that comes from a more official source. 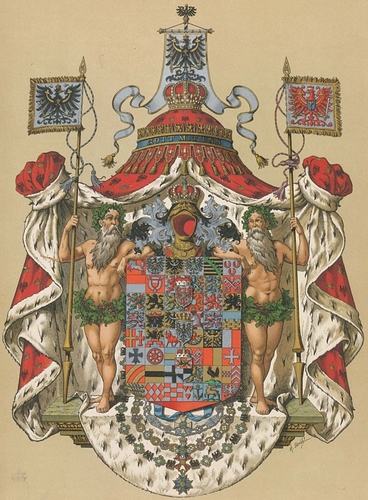 Quite correct Sam-Sam and Jerwin. The blazon is the discription and is usually fairly detailed, but heraldic styles can and do change with time and fashon. (The Art Deco period was a particularly good period for heraldic art IMHO.) But as long as the artist stays within the rules there is indeed a lot of leeway in the actual depiction.
BTW I’m beginning to believe the canopy of state (the ‘drapes’) really ought to be crimson or red and not purple as I originally stated.

Someone get this man a lozenge!

Actually it is a remarkably modern formal language, considering how old it is.

It’s a bit like the secret language of the heralds. Not many people know/knew it.

Is one of these two guys the Shrike from Hyperion?